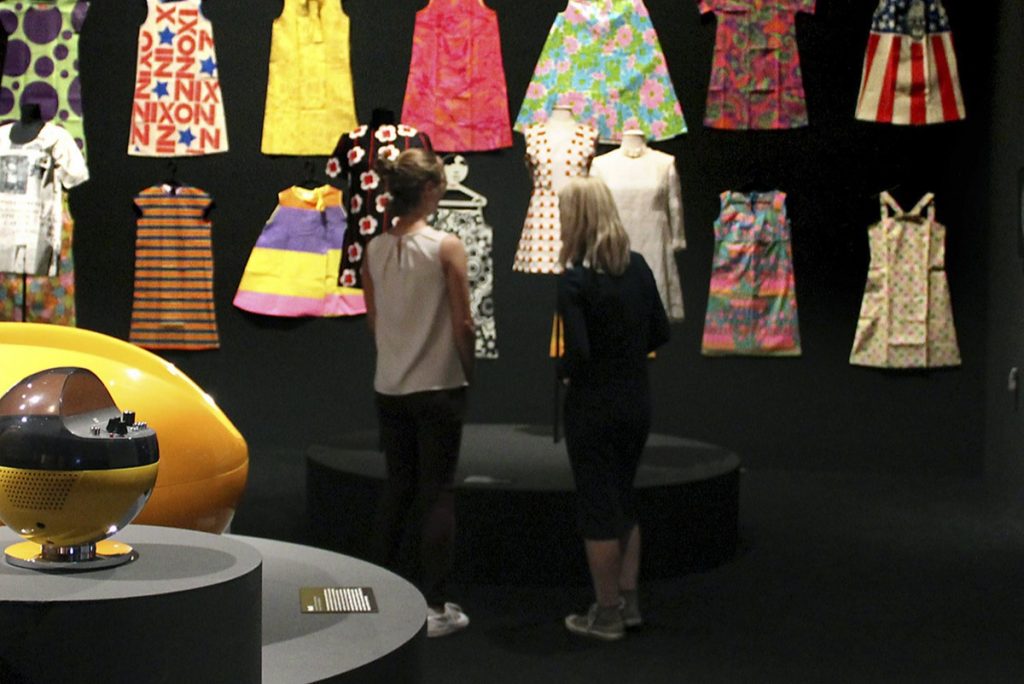 The exhibition 68th Pop and Protest gathered the decisive images, films, texts and the sound of this epoch into a complex mood picture.

With around 200 objects – including music installations, fashion, films, photographs, posters, design objects, historical documents and room ensembles such as Verner Panton’s iconic Spiegel-Kantine – the Museum für Kunst und Gewerbe Hamburg (MKG) showed what moved people in 1968 – in Hamburg, Germany and the world: Awareness of one’s own rights and the possibility to represent them publicly in the form of protest and revolt.

The year 1968 was shaken by dramatic events that led to national protests and gave tailwind to revolutionary ideas. At the same time, a global cultural revolution began that rebelled against conservative authoritarian structures with a lot of imagination, propagated sexual freedom and demanded equal rights for all people.

The spectrum of non-violent means of this time encompassed avant-garde forms of expression in all artistic disciplines: progressive music, unconventional fashion and unleashed design, controversial theatre and socially critical auteur cinema. In addition, there was an unprecedented pleasure in critical discourse and public debate. The common denominator was hope: hope that the world would become fairer, society more just, and people better. Hope that political oppression would end, that borders would be overcome, walls would fall and sexuality would no longer be exploited. Anchoring these ideas of freedom and self-determination in the collective memory again seems more important than ever.

Further information can be found in the MKG_Flyer_1968.

We would like to thank our sponsors in kind: Sonus GmbH and Mathmos .