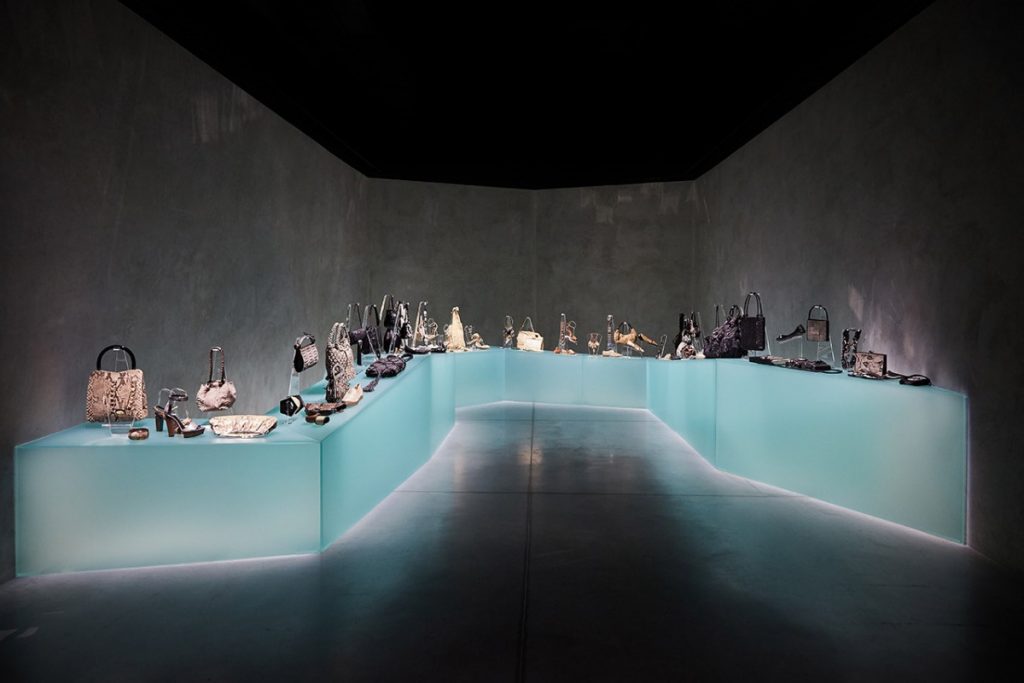 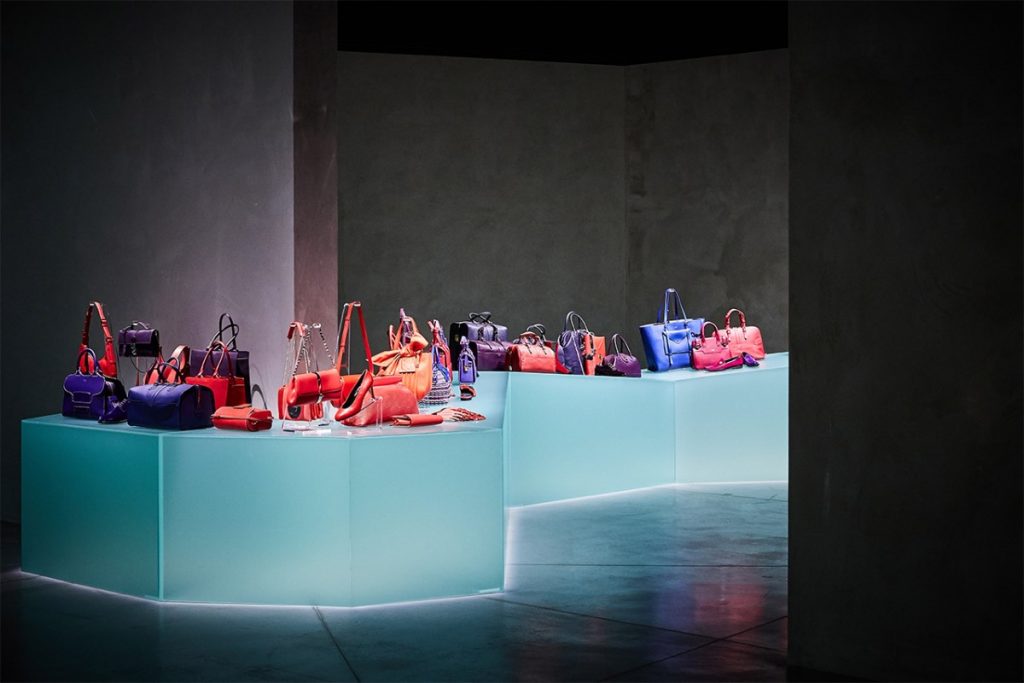 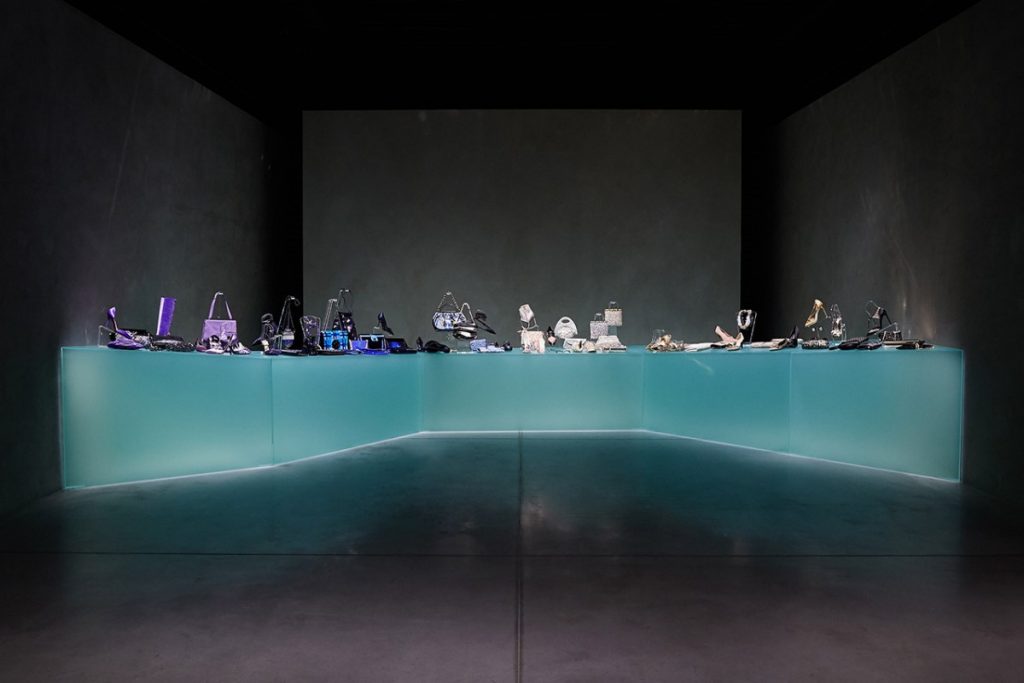 At the end of the Eighties, the designer approached the world of accessories. This world of Giorgio Armani – probably less known but equally surprising – is expressed through the elegant and discreet language that is integral to his vision of fashion, creating items that complete and define the look without ever being overwhelming: accents of style that work like measured and balanced enhancements.

The exhibition path unfolds following themes that recur in the designer’s work: Ethnic and Animal Prints, Metropolis and Neoclassical, Two-Tone and Colour Block, Night-Time and Shimmers of Light. It is staged in a continuum that is far more than just a display, as it is also a narrative that merges the logical and the fantastic and that as such underlines Giorgio Armani’s personal concept of freedom. As the designer says: we must never be prisoners of ourselves.