Across the Desert: Aboriginal Batik from Central Australia 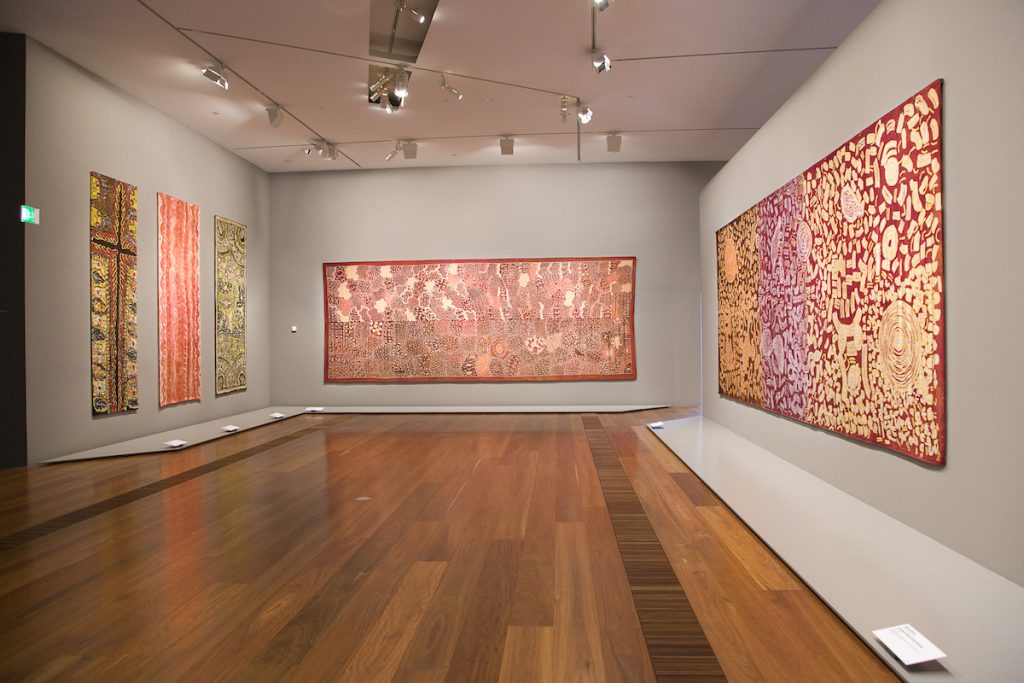 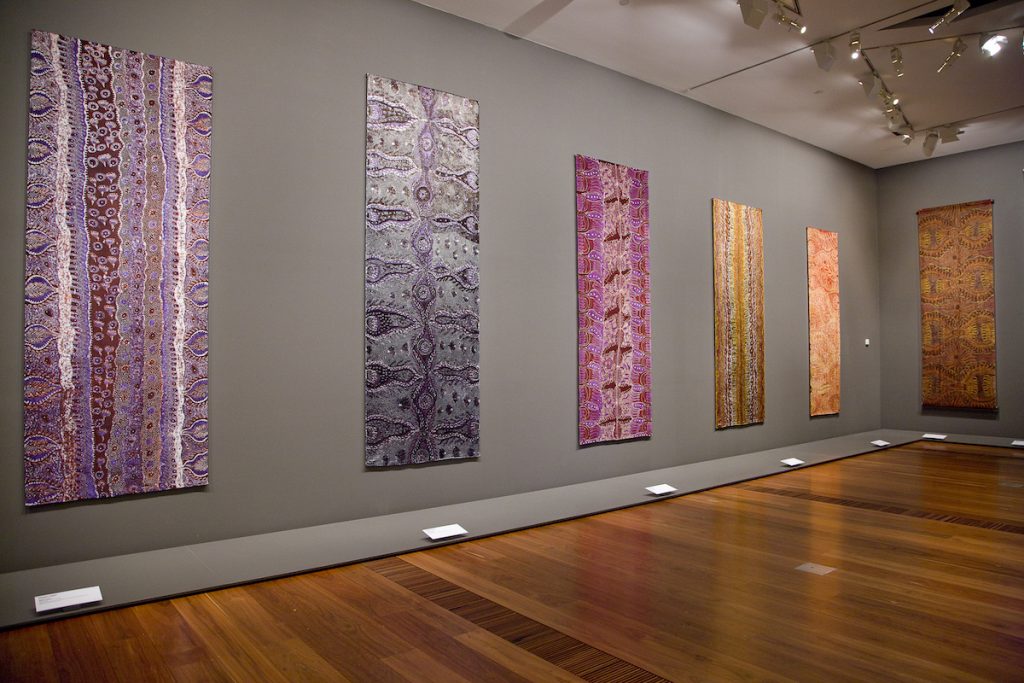 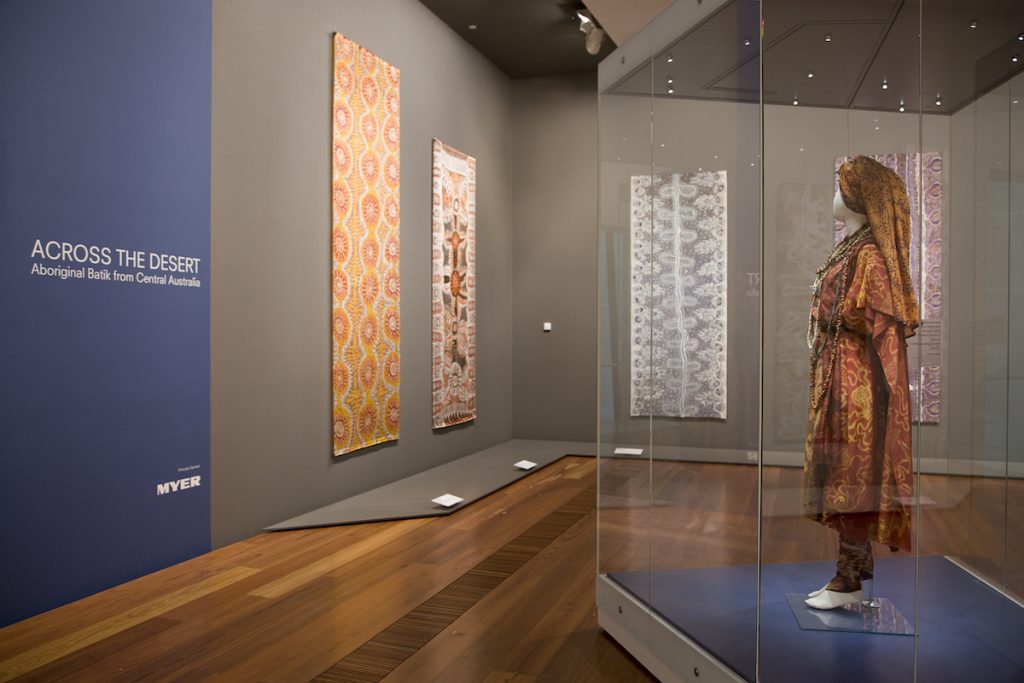 Across the Desert: Aboriginal batik from Central Australia celebrates the emergence of a dynamic art form and the genesis of Aboriginal women’s art practice in five distinct desert communities – Ernabella (Pukatja), Fregon (Kaltjiti), Utopia, Yuendumu and Kintore (Walungurru). Each of these communities has a different story to tell in relation to the adoption and adaptation of batik, a wax-resist process developed in Indonesia that Aboriginal women have made their own from 1971 until now.

Desert women are interconnected through ceremony, constant travel and closeness to their traditional country. Their art in any medium is empowered by an understanding of sacred sites and the ancestral world. Batik making has been joyously embraced because it affords women an opportunity to meet, exchange stories, sing and make art. It parallels their painting up big for inma, awely and yawulyu ceremonies, telling sand stories, going hunting and sharing bush foods. As a manifestation of customary forms of mark making, batik privileges design and composition and employs iconography specific to individual cultural groups.

Across the desert: Aboriginal Batik from Central Australia will chart the development from the first groundbreaking art classes held at Ernabella in 1971 and Utopia in 1977, to the assured expertise with the medium in the 1980s and 90s to the exquisite work from present day workshops. It will contrast experimental cotton Batiks of Warlpiri and Pintupi occasional Batik artists with the sophisticated raiki wara (long cloths) from Ernabella and Fregon. Featuring the diverse and exceptional work from Ernabella, Fregon, Utopia, Yuendumu and Kintore, the exhibition will showcase the National Gallery of Victoria’s unrivalled Collection of Indigenous textiles. The exhibition will coincide with the 60th anniversary of the establishment of Australia’s longest running art centre at Ernabella.