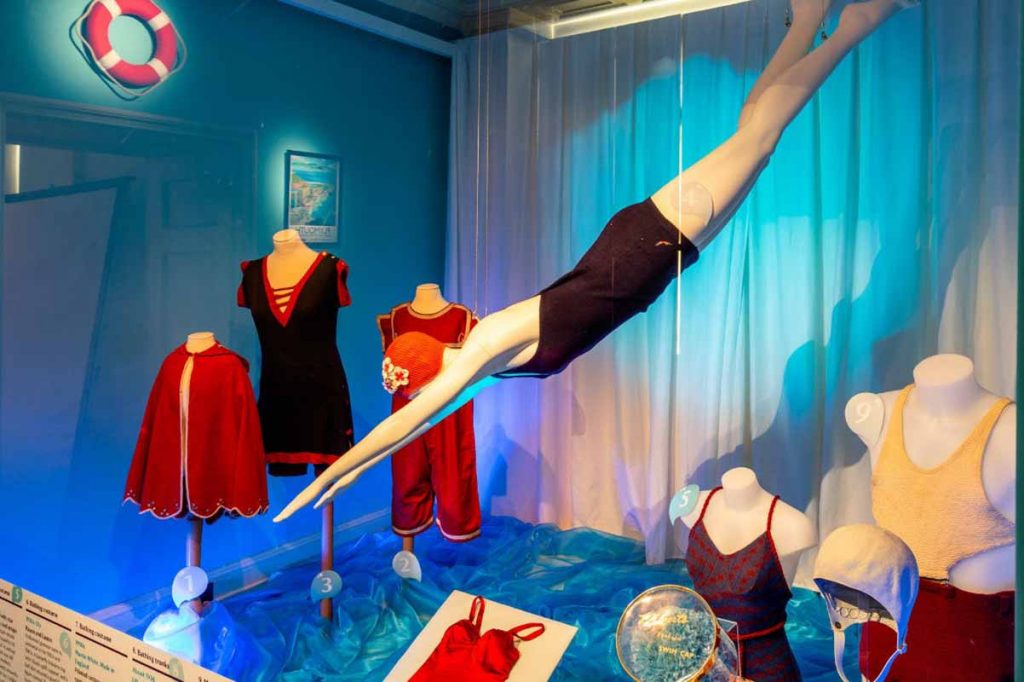 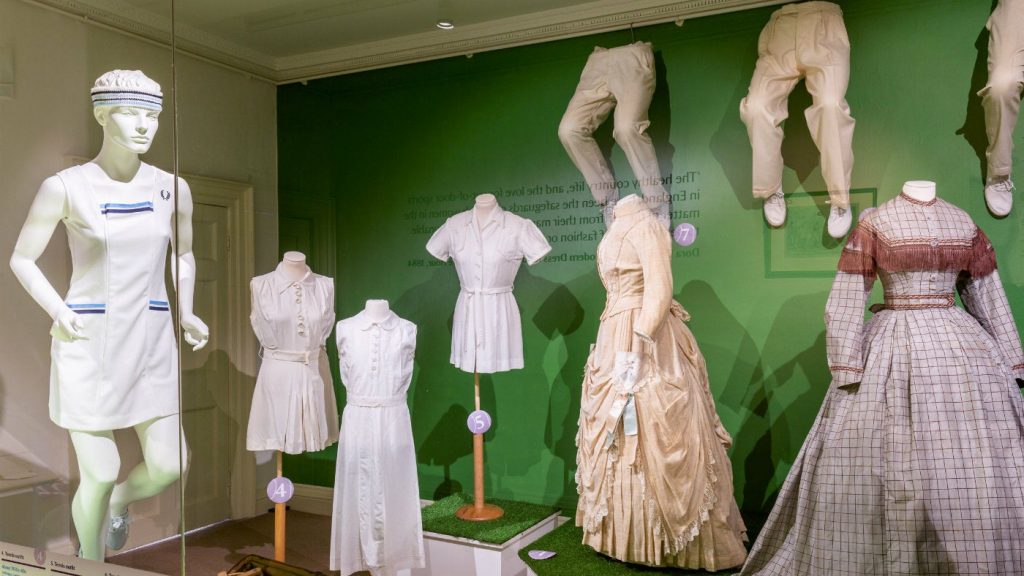 This year the fashion exhibition explores how fashion has changed and adapted over time as the activities enjoyed on the country estate spread out into wider society.

We still take part in many of the activities that people first enjoyed on country house estates. For some, clothing remains quite traditional while other sportswear and equipment now combines cutting edge technology and high fashion.

The ‘healthy country life’ and a love of outdoor sports was seen as typically English in the past and people dressed accordingly with tailors and specialist outfitters supplying appropriate clothing.

Country estates are often near a river or lake giving the more adventurous the chance of a refreshing dip. In the 19th century bathing costumes were often made of wool flannel for warmth, constructed with skirts for modesty.  By the 1920s, swimsuits became sleeker, briefer, tighter fitting and more stylish, with an emphasis on the practical.

Choose a script, a hat, mask or costume, then take the stage! Why don’t you put on your own production at home?

Gatherings like dances were important for cementing social and political relationships.

Popular music and dance had their own influence on styles and what was worn. Changing ideas of appropriateness and modesty governed formal dress, from full skirts, demi low bodices and short sleeves permitted for 19th century dances, to the short skirts of 1920s dance dresses and glamour of 1930s backless gowns.

Needlework was useful and a creative distraction during long, solitary hours.  It was also an effective way of keeping the hands and eyes occupied in mixed company, avoiding awkward social encounters and giving the appearance of virtue.

This year we also have a display by Heather Ritchie, a rugmaker and teacher from North Yorkshire. She learned to make her first rug over 25 years ago using hessian sacking and old lisle stockings to cover cold flagstone floors. Heather is now recognised internationally. She travels widely, teaching in Africa and the U.K. Some of her most complex work has been described as ‘painting with fabric’

During this time – why not take up a new hobby and give rag rugging a go at home?.