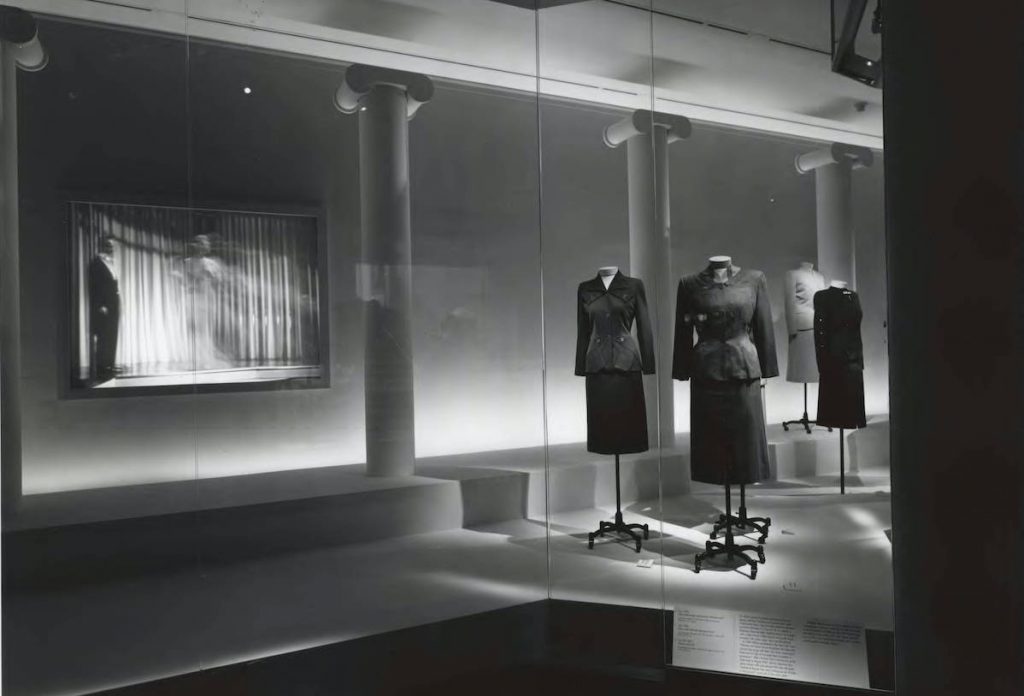 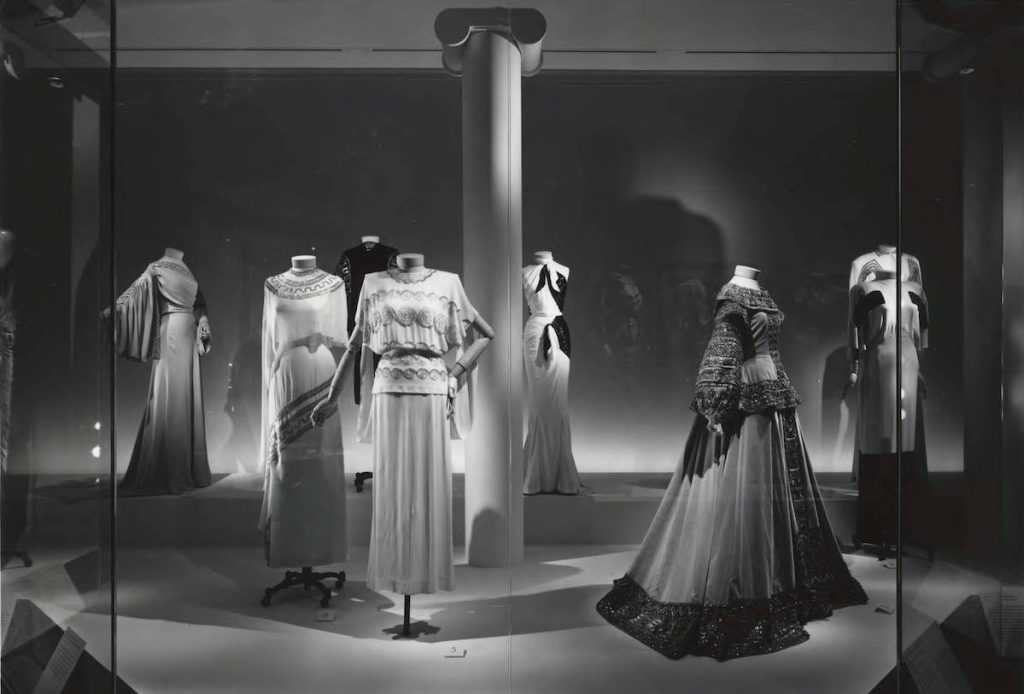 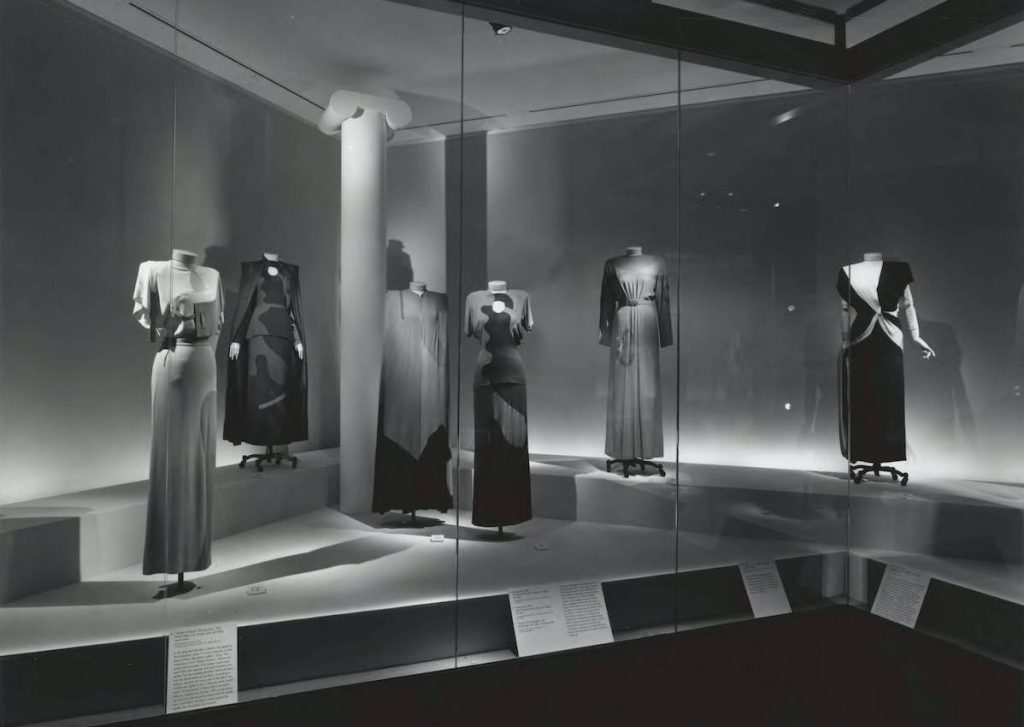 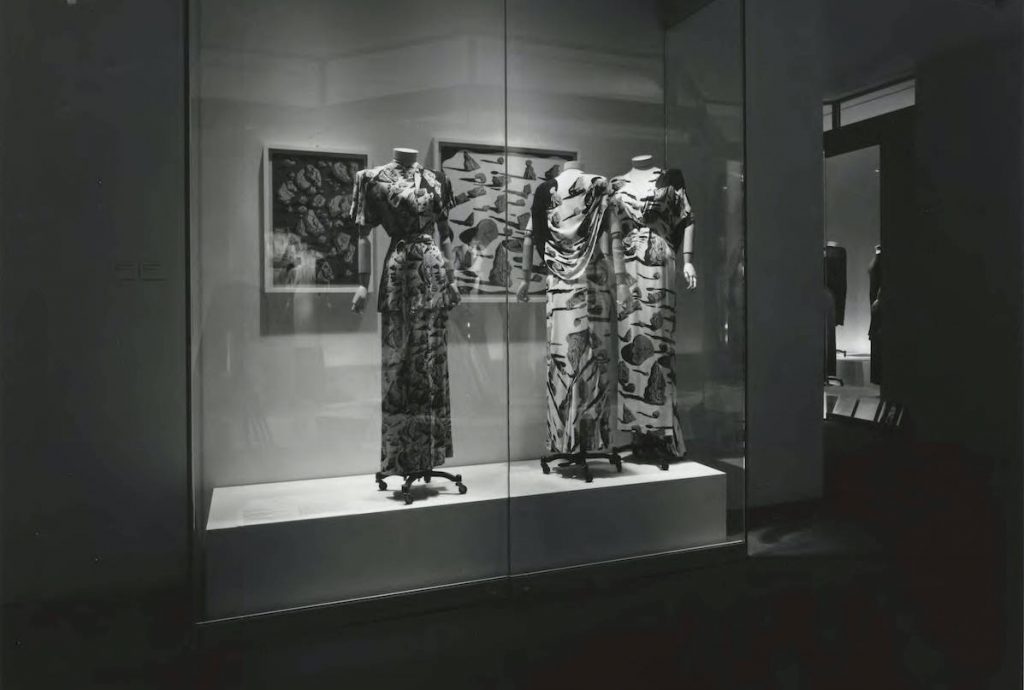 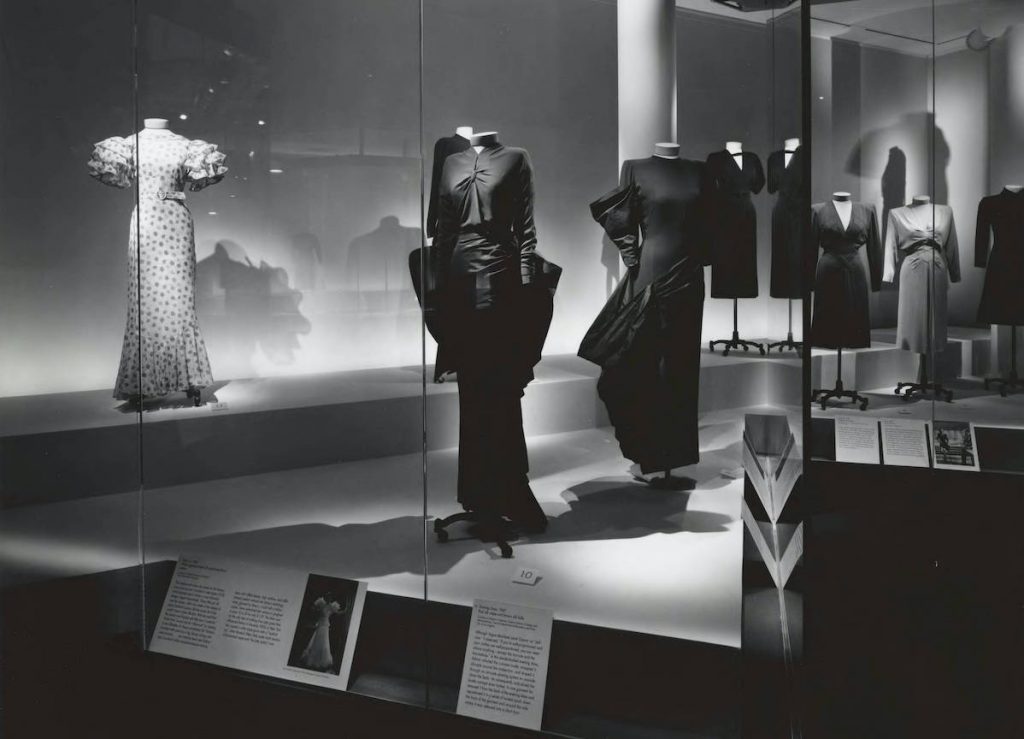 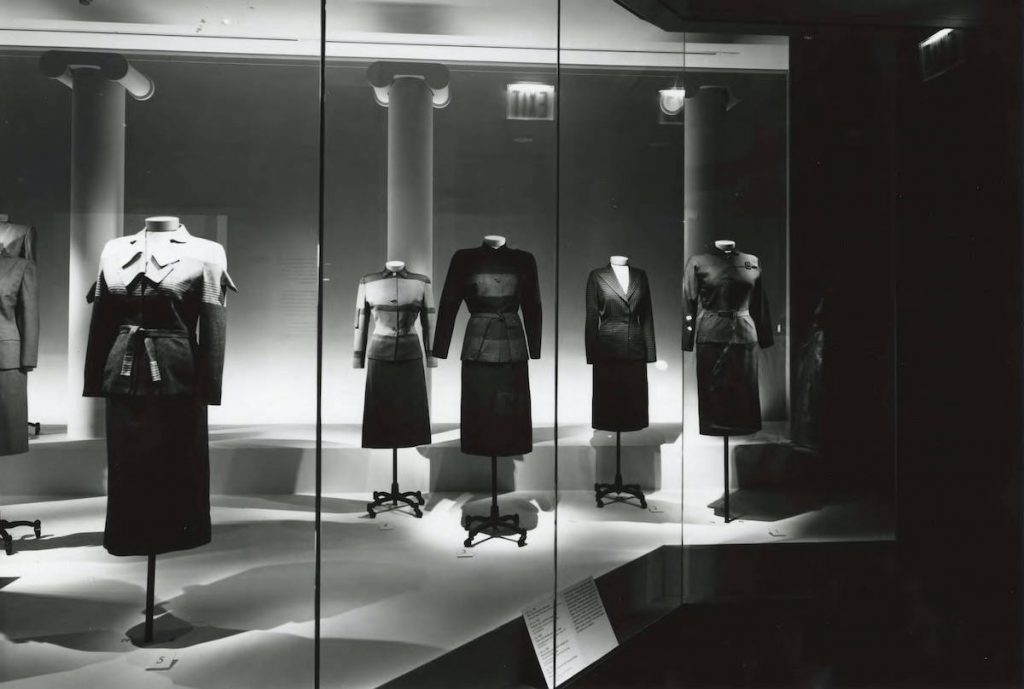 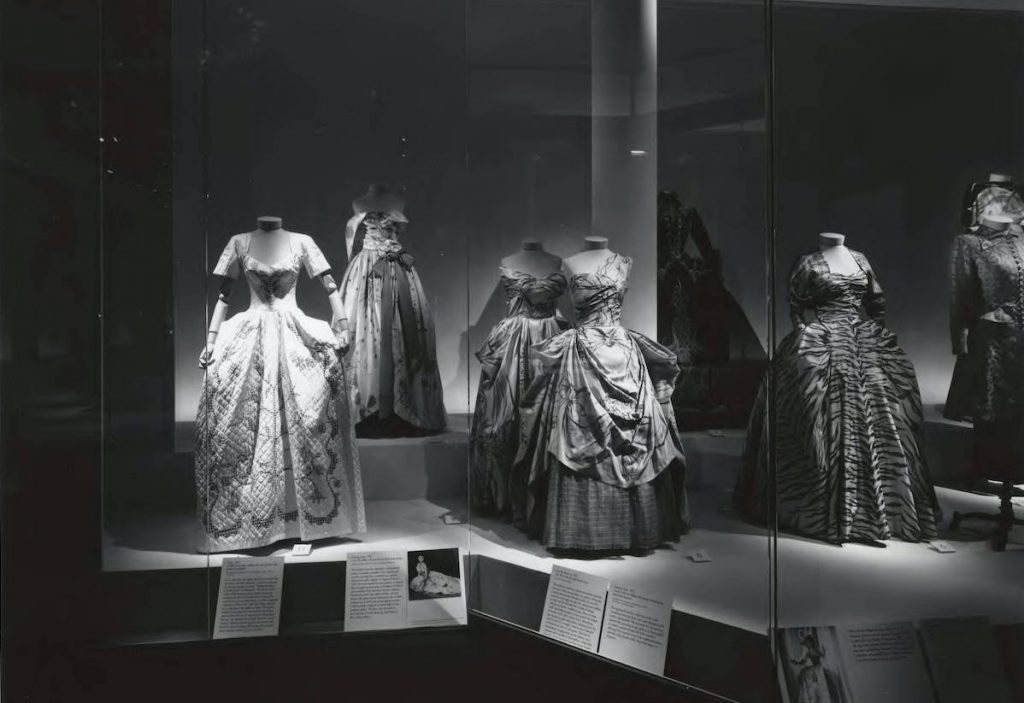 Gilbert Adrian, known simply as Adrian, epitomized the magic of Hollywood glamour and created a unique and quintessentially American style. He was born in Connecticut in 1903 and began his career as a designer for Broadway musicals. In 1925, he moved from New York City to Los Angeles to work in film, most notably at MGM, until 1941. During the darkest years of the Great Depression, Adrian combined an appreciation for detail in Parisian couture with a distinctive American sensibility and created unforgettable fashions for the big screen. Among his most memorable designs are the bias-cut silk gowns that became Jean Harlow’s signature look and Joan Crawford’s broad-shouldered and narrow-waisted power suits that pioneered a revolution in the way American women dressed. Other examples from his Hollywood years include the opulent and often seductive ensembles from films such as Mata Hari, Romance, Camille, Marie Antoinette, DinnerT, and The Philadelphia Story. Also on view are hats designed for Greta Garbo in Romance (1930) and Camille (1936), for Jean Harlow in Blonde Bombshell (1933), and for Joan Crawford in The Gorgeous Hussy (1936).

Drawn from the Museum’s Costume Institute, The Brooklyn Museum, and the Los Angeles County Museum of Art, among others, the exhibition presents a comprehensive look at Adrian’s lifetime of work as an artist, a costume designer, and an American couturier. It focuses on Gilbert Adrian’s career as a high fashion designer in the years from 1942 to 1952 when he had a custom salon in Beverly Hills and a ready-to-wear line in the most exclusive specialty stores of the day. Adrian’s fashion designs included his strong-shouldered suits, provocative cocktail dresses, and art-inflected evening gowns. Significantly, contemporary designers such as Azzedine Alaia and Geoffrey Beene admire Adrian for his use of imaginative themes and sophisticated technical constructions, all inflected by his signature wit.