Aico Dinkla: What you see I is wearing you can’t get 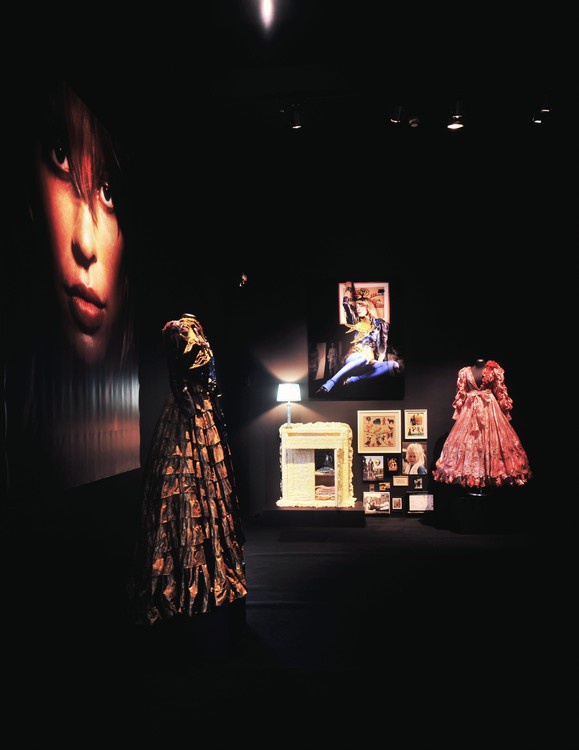 “What you see I is wearing you can’t get” by Amsterdam fashion designer Aico Dinkla was on display in the Centraal Museum. For the exhibition, the Centraal Museum invited Dinkla to work on pieces from the fashion and costume collection.

In 2002 the Centraal Museum started the project with Aico Dinkla (born 1974). The museum’s study collection contained a number of very damaged, but beautiful original nineteenth- and twentieth-century designs. In the poor condition in which these pieces were, they could never be shown to the public again. The Centraal Museum invited Aico Dinkla, as a recycling designer par excellence, to take these pieces as the starting point for his designs. The starting point was the theme ‘What you see I is wearing you can’t get’, which refers to Dinkla’s symbiotic relationship with his sister Iefke and the fashion world. Iefke always acts as Dinkla’s model, source of inspiration and muse. The most beautiful pieces were shown on pop and the theme is explored in depth in an accompanying photo series.

Aico Dinkla has a special, and for the fashion world, unique working method when designing. The starting point is second-hand pleated skirts, blouses with ruffles and especially wedding dresses that Dinkla cut up in his studio and draped around dolls. He then covers the fabric with a silicone mixture in which metal pigment has been incorporated. With the silicone he can mold the irregularities in the fit according to his ideas. The metal pigment acts like sugar powder on a cake, giving the sculpturally shaped folds and ruffles a fairytale, misty sheen. ‘My design approach is to invent a new form of recycle haute couture’, says Dinkla.

The exhibition “What you see I is wearing you can’t get” linked up with the exhibition NEO, which spotlighted neo-styles over the past 250 years in a playful, exuberant and critical way. Aico Dinkla is a contemporary example of someone who is inspired by styles from the past.