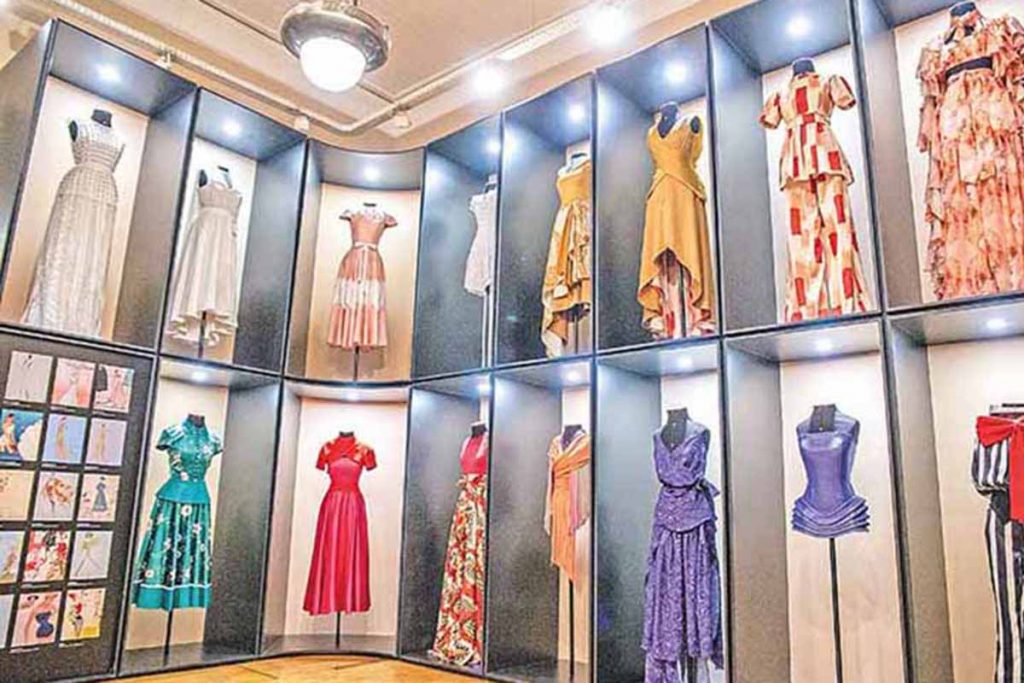 The exhibition “Alceu Penna – Inventando a Moda do Brasil” begins on December 11 at the Museu da Moda. The show puts the work of creation of miner Alceu Penna into the spotlight, through a cut of his career. The exhibition is free of charge and can be visited until June 7. The Fashion Museum (MUMO) is open from Tuesday to Friday, from 9 am to 9 pm, and on Saturday and Sunday, from 10 am to 2 pm, at Rua da Bahia 1,149.

Born in Curvelo, Alceu Penna is an emblematic figure on the Brazilian scene. He traveled through the areas of graphic design, journalism, illustration, costumes, stylism, advertising, scenography and, among other performances, can be considered the precursor of fashion journalism in Brazil. He became famous for the creation of the section As Garotas, published weekly in the magazine O Cruzeiro, between 1938 and 1964, revolutionizing fashion and behavior in the country during the period.

For the director of Museums of the Municipal Foundation of Culture, Sara Moreno, the Fashion Museum is an achievement of the sector and a cultural equipment that maintains a historical relationship of affection with the population of Belo Horizonte. “The exhibition of Alceu Penna’s collection is an action to disseminate the collection of a relevant representative of Minas Gerais fashion”, says the director. “It is an honor for the Belo Horizonte Fashion Museum, the country’s first public fashion museum, to have its exhibition spaces occupied with the collection and legacy of the great Minas Gerais artist Alceu Penna. His work dictated Brazilian fashion and went further, also influencing the behavior of an era through the ‘Garotas do Alceu’ ”, points out Maria Carolina Ladeira Dias, MUMO manager.

The curator and director of the show are signed by the architect and urban planner Luiza Penna de Andrade, niece of Alceu Penna and active in the preservation and memory of her work. Part of the costumes and accessories on display were donated by the family to MUMO. “The exhibition begins as a space for references, an invitation to get to know the other environments”, explains the architect.

In room two, the cutout is Alceu Penna Decodified, which shows the reinterpretations of drawings made by students from SENAI-Modatec / MG for the exhibition at Minas Trend Summer 2019/2020 – edition in Dias de Sol, idealized by Ronaldo Fraga. Fifteen originals by Alceu Penna were brought from paper to reality through the talent of those involved in the project.

In room three, the section Alceu Penna is Show! Costumes & Fantasies synthesizes the exposed content, bringing together the works created by the students of the fashion courses at the FEEVALE University, in Rio Grande do Sul. Seven costumes from the shows in the casinos in Rio de Janeiro, from 1938 to 1944, and a costume from the musical show Circus, from 1974, in Canecão, Rio de Janeiro – the period that followed Alceu’s long performance in Rhodia – gains relevance.

Reconstituted by the students of the Costume Design classes at the university, these pieces feature sketches created by Alceu, interpreted in current materials and techniques, seeking to preserve the characteristics of the originals.

The Alceu Penna Collection is located in the main hall. Clothing recovered in the artist’s apartment for the centenary show, new family belongings and new acquisitions will be grouped on islands, spanning the fashion decades: from the well-behaved and formal 1940s to the explosion of creative freedom in the 1960s and 1970s.

One of the highlights of the environment are the costumes he designed for his younger sisters, Thereza de Paula Penna and Maria Carmem Penna Pereira. One of the most interesting pieces, created for Thereza, wears the mannequin of the opening installation, like a business card for the exhibition.

According to Luiza, the idea is for her to be honored, since she was a tireless promoter of her brother’s work after his death in 1980. “His absence brought a hiatus in that sense, only resumed years later, on the eve of the artist’s centenary, when we decided celebrating it in the exhibition Alceu Penna é 100, at MUMO, in 2015, and in the creation of the social networks that I manage today, a way of making it reach thousands of new admirers ”, explains the curator.