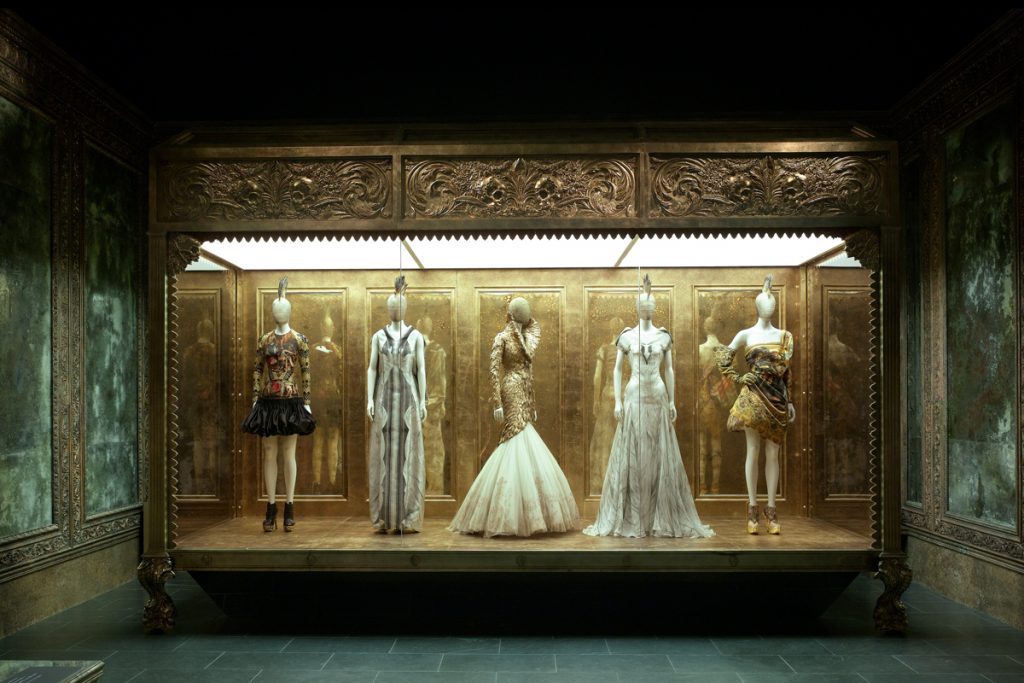 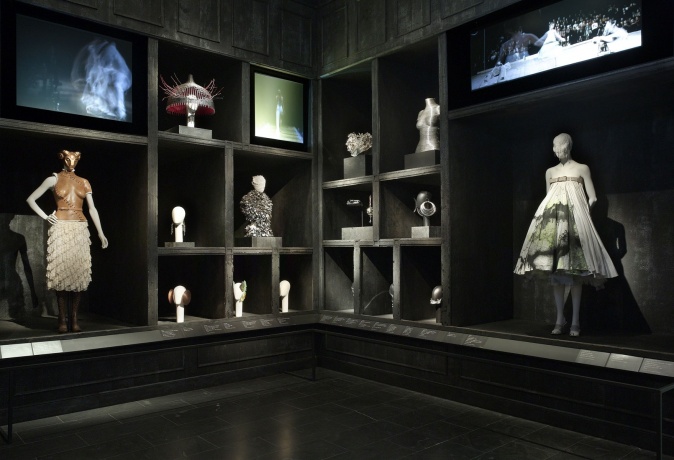 McQueen always started every collection with an idea or a concept for the runway presentation before the fashions. After the concept, he would have this elaborate sort of storyboard with these various references from art, from film, from music—his influences from everywhere. There’s a famous story about how he was watching Friends one day, and Joey was wearing a green sweater, and Joey’s green sweater inspired an aspect of his collection. So he was such a sponge that inspiration came from everywhere. The actual creative process in terms of the clothes themselves were often designed directly on the mannequin during a fitting. So fittings, for McQueen, were incredibly important.

The exhibition, organized by The Costume Institute, celebrated the late Alexander McQueen’s extraordinary contributions to fashion. From his Central Saint Martins postgraduate collection of 1992 to his final runway presentation, which took place after his death in February 2010, Mr. McQueen challenged and expanded the understanding of fashion beyond utility to a conceptual expression of culture, politics, and identity. His iconic designs constitute the work of an artist whose medium of expression was fashion. The exhibition featured approximately one hundred ensembles and seventy accessories from Mr. McQueen’s prolific nineteen-year career. Drawn primarily from the Alexander McQueen Archive in London, with some pieces from the Givenchy Archive in Paris as well as private collections, signature designs including the “bumster” trouser, the kimono jacket, and the three-point “origami” frockcoat were on view. McQueen’s fashions often referenced the exaggerated silhouettes of the 1860s, 1880s, 1890s, and 1950s, but his technical ingenuity always imbued his designs with an innovative sensibility that kept him at the vanguard.

The exhibition was organized by Andrew Bolton, curator, with the support of Harold Koda, curator in charge, both of The Costume Institute. Sam Gainsbury and Joseph Bennett, the production designers for Alexander McQueen’s fashion shows, served as the exhibition’s creative director and production designer, respectively. All head treatments and masks were designed by Guido.

Images courtesy of The Metropolitan Museum of Art