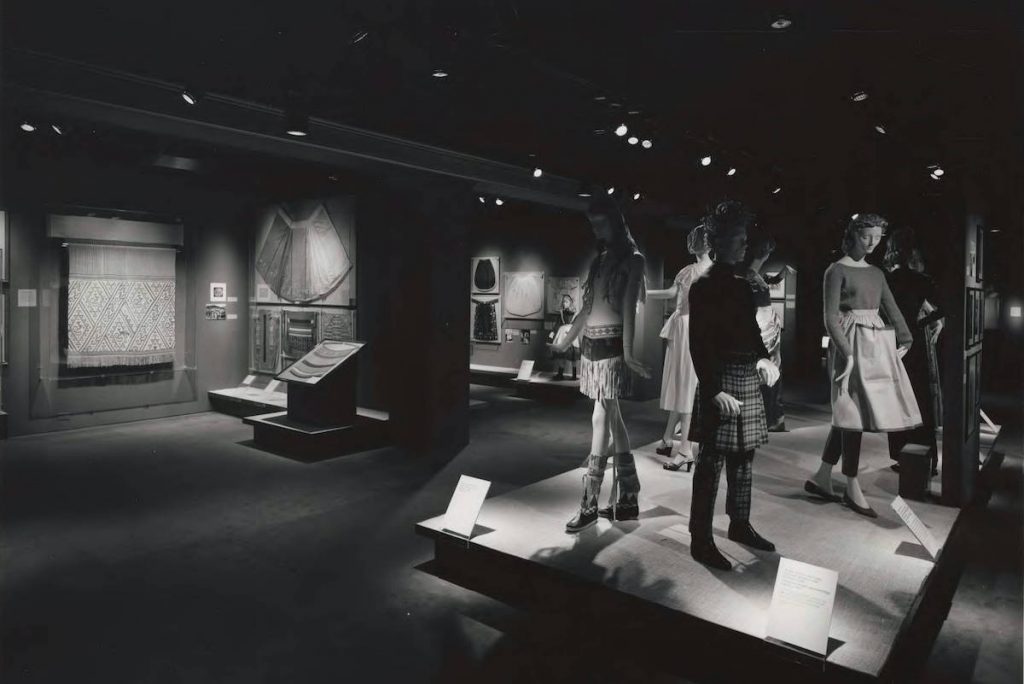 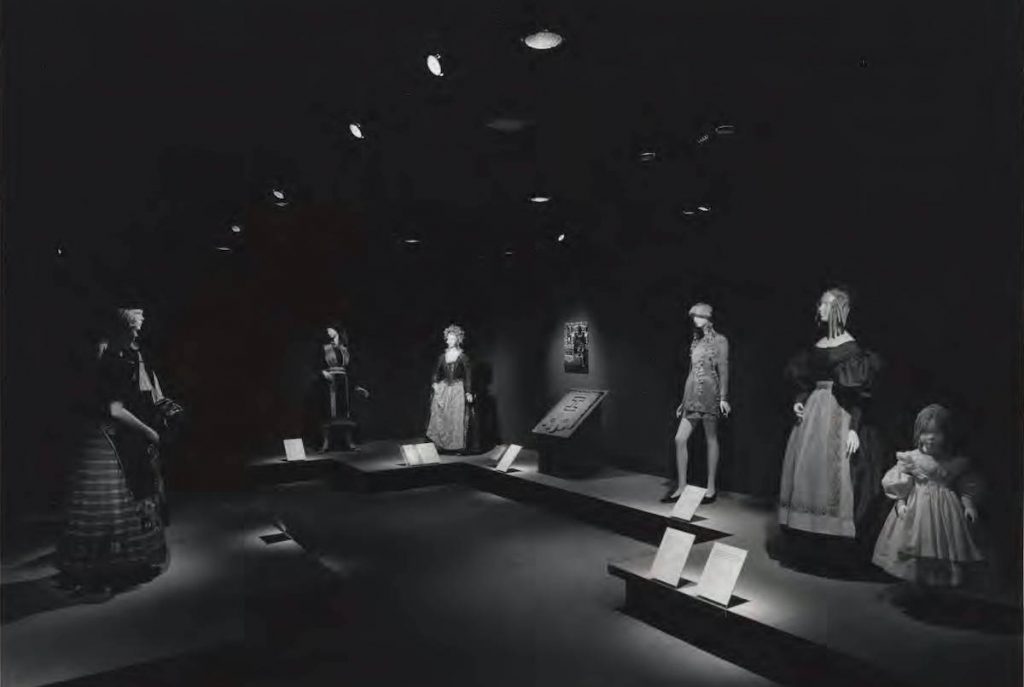 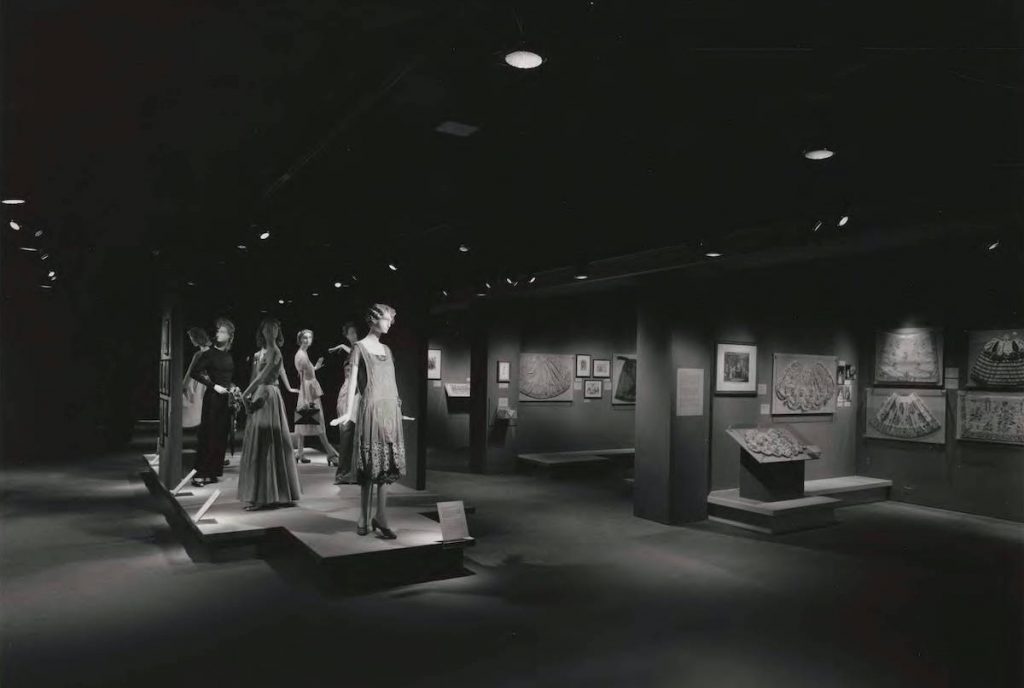 Beaded, brocaded, embroidered and fringed, the aprons shown here are decorative and most would be worn in fashionable) festive and ceremonial circumstances. Free of functional requirements, they are fields for the exercise of a dazzling range of graphic design and artistic handling. These not-so-humble versions of the apron nevertheless refer to their functional cousins for some of the¡r meanings.

Although familiar in western cultures as an accessory over other garments? the apron is one of the most basic forms of clothing. Usually suspended around the waist and hanging in front of the lower body, it draws symbolic and magic power from the sex to which it both calls attention and provides a modesty and protective cover. According to the King James Bible) when Adam and Eve saw they were naked they “sewed fig leaves together” and made themselves aprons” (Genesis 3:7).

The apron is also associated with work, particularly with the trades of men and the domestic work of women. The identification of labor with aprons is less common now, but lingers on in various ways. The Freemasons, for example, who claim descent from medieval builders, now wear ceremonial aprons symbolizing their earlier trade. The French expression “rendre son tablier” (literally, to hand in one’s apron) means to resign from one’s job generic apron — loincloths, girdles, pinafores, overskirts, back aprons, hip aprons and pendant sashes. No one term can capture its many forms.

The word apron derives from the old French ward naperon, “a small tablecloth” which came from the Latin root for napkin and napery. The modern French tablier comes from touaille or towel. In other languages the root relates to words tor the lap (in Italian, grembiale) for the idea of the front, or forward, part (in Spanish, delantal and perednik in Russian) or for the act of tieing (schürze in German). Where aprons are an important part of dress) each type may have a different name according to when or how it is worn» its style» and the area in which it is found. There may also be an etiquette and language of aprons in the cultures that wear them. Not every culture produces ornamental aprons? some that have not are Ancient Greece» modern India» and the court cultures of Asia.