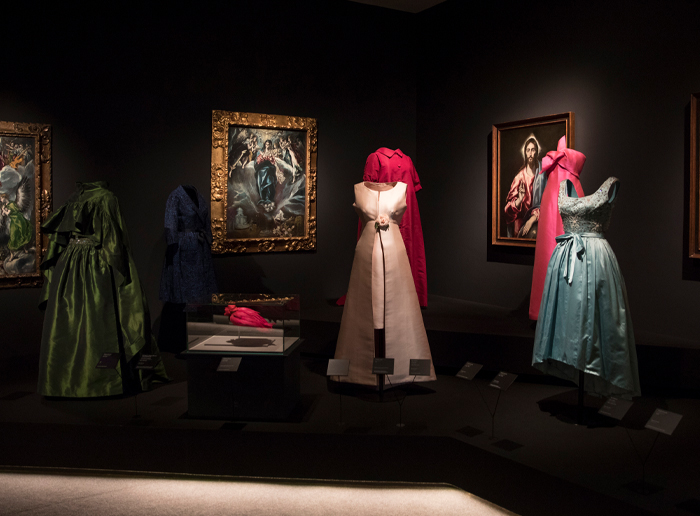 The museum presents an exhibition that links the creation of Cristóbal Balenciaga, the most admired and influential fashion designer of all time, with the tradition of Spanish painting between the 16th and 20th centuries.

References to Spanish art and culture were always very present in Balenciaga’s work. The simple and minimalist lines of the religious habits or the architectural volume of these fabrics are a constant in many of his pieces. The air of a flamenco dancer’s bata de cola that can be seen in the ruffles of some dresses, the brilliance of a bullfighter’s suit of lights masterfully transferred to the paillette embroidery of a bolero jacket, or the aesthetics of the clothing in the Austrian court reflected in the black velvety fabrics adorned with jet of his creations, are just a few examples. Balenciaga continually reviewed the history of art and, with a strong personality and style of its own, maintained those influences even in its most avant-garde period, recovering historical works and reinterpreting them in a very modern way.

The exhibition, curated by Eloy Martínez de la Pera, has a careful selection of paintings from private collections and national museums, such as the Prado Museum or the Bilbao Fine Arts Museum, and a set of valuable pieces by clothing from the following institutions:  Balenciaga de Guetaria Museum, Madrid Costume Museum and Barcelona Design Museum, as well as private national and international collections, many of them never exhibited before.