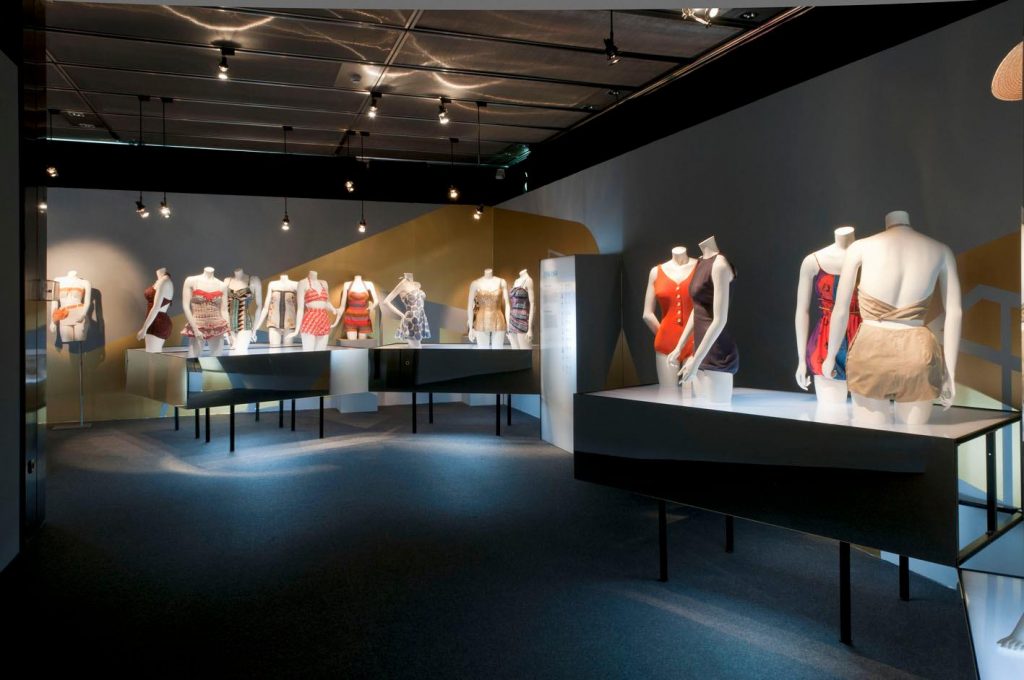 This exhibition covers more than a century of swimwear, from the dresses that were made for 19th century bathrooms to the exclusive models of the different 21st century fashion firms. The tour is illustrated by showing an extraordinary international collection of pieces from Europe and the United States, as well as a careful selection of graphic and audiovisual material.

The exhibition aims to show the aesthetic and technical evolution that has characterized swimwear. But it also aims to cover an important part of the social and cultural history of the 20th century and invite reflection on debates that still remain open in the 21st century, such as contemporary attitudes towards the body, nudity or the canon of feminine beauty.