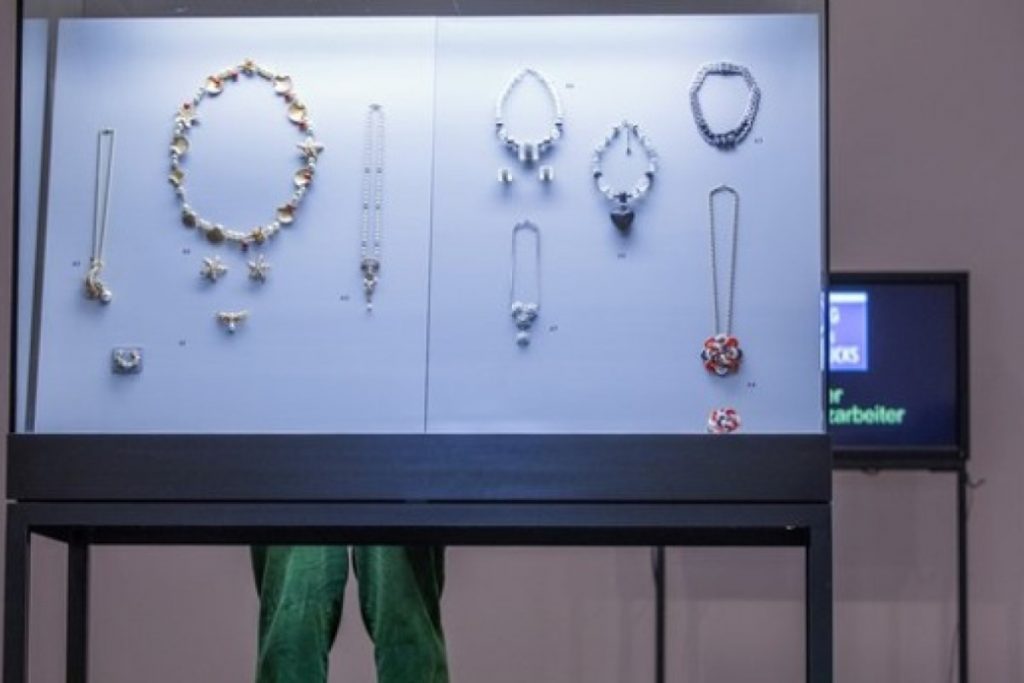 The Kunstgewerbemuseum shows masterpieces of fashion jewelry from 1930 to 2007. Starting with the factual tendencies of the late 1920s and early 1930s as well as the playful creations by Miriam Haskell, a wide arc is drawn to the bold and precious paruras of the present. Around 500 objects from the Gisela Wiegert collection – all of them famous designs by major fashion houses and well-known designers such as Coco Chanel, Christian Dior and William de Lillo – are on view in Berlin for the first time.

Clothing and jewelry have always been inextricably linked and inspire each other. Fashion jewelry, originally made from base or semi-precious materials for serial and therefore inexpensive production, has now become an indispensable addition to fashionable clothing. Important centers were Idar-Oberstein and Gablonz until the middle of the 20th century, and after World War II, Neugablonz and Providence in the USA. Here jewelry was and is designed and manufactured in large production facilities.

Coco Chanel was the first fashion designer to recognize the creative possibilities of costume jewelry and to use it specifically as a design element in her collections from the early 1930s. Other couturiers followed and today almost every large fashion house creates its own line of jewelry season after season. Costume jewelery, or rather “couture jewelery”, has become an integral part of the haute couture collections and has developed its own artistic claim that distinguishes it from the model of “real” jewelery.

The around 500 objects in the exhibition – mostly matching ensembles, so-called parurs – will be on view in Berlin for the first time. They are loans from Gisela Wiegert, one of the most important German collectors of fashion jewelry. For more than 30 years she has passionately and knowledgeably been collecting high-quality costume jewelery and generously donating the most important and beautiful pieces of her opulent collection to the Museum of Applied Arts for the exhibition.

The exhibition is divided into two parts: A tour of the fashion gallery of the Kunstgewerbemuseum shows in the immediate vicinity the diverse interactions between jewelry and fashion and offers works by Coco Chanel, Coppola and Toppo, Eisenberg, Miriam Haskell, Kenneth J. Lane, William de Lillo, Pricharé, Trifari to Elsa Schiaparelli, Vendôme and Albert Weiss provide a unique overview of the development of fashion jewelry in Europe and the USA from 1930 to today. A second part of the exhibition is devoted exclusively to the creations from Dior and shows, broken down by decades, brilliant ensembles from 1955 to 2007.