Birds of Paradise – Plumes and Feathers in Fashion (touring) 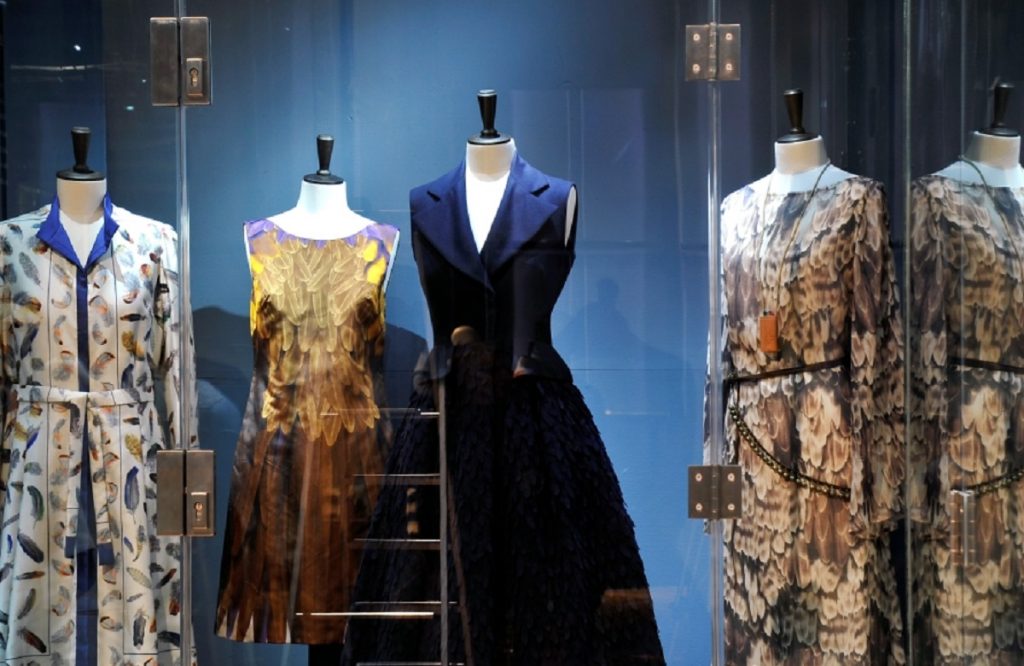 A dramatic and striking exhibition opened at The Bowes Museum’s award winning Fashion & Textile Gallery in October; its only UK venue.

Birds of Paradise – Plumes and Feathers in Fashion was a tribute to the elegance of feathers used in the fashion industry past and present, featuring extravagant catwalk creations from British, Belgian, French and Italian designers including Alexander McQueen, Dries Van Noten, Jean Paul Gaultier, Thierry Mugler, Balenciaga, Prada and Gucci.

Thanks to their beauty, fragility and value, feathers and plumes had various connotations and were used throughout history in fashionable dress, both as an accessory and as part of the entire silhouette. The exhibition, organised by MoMu – Fashion Museum Antwerp, addresses aspects such as luxury, modernism, femininity, lightness, and also themes of lost innocence and dark romance.

“Whereas in the past, feathers were generally appreciated for their value and refinement, contemporary designers now see them as an expression of freedom and spirituality,” said the Museum’s Keeper of Textiles, Joanna Hashagen, who is curating the show with MoMu curators Karen Van Godtsenhoven and Wim Mertens.

The exhibition featured on the ancient profession of plumassier in cooperation with the Parisian Maison Lemarié, one of the last traditional feather studios. This fashion house has specialised in processing plumes, primarily for French haute couture, since 1880. Maison Lemarié is making samples of its beautiful feather work especially for this exhibition.

The fashion for feathers as accessories was also revealed with tantalising displays of fans, hats, including a number by Stephen Jones, and sumptuous feather shoes from Rogier Vivier.

“It also demonstrated that thanks to design houses such as Alexander McQueen and Dries Van Noten feathers are firmly back on the fashion agenda and once again featuring strongly on the catwalk,” said Joanna.