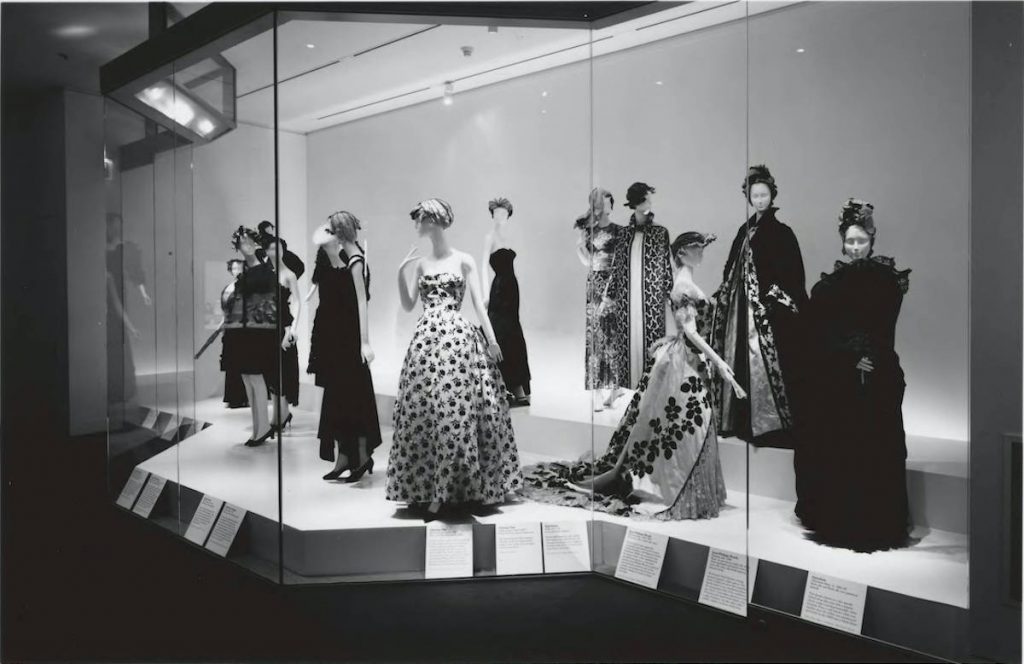 The Costume Institute of The Metropolitan Museum of Art will present Bloom: Fashion’s Spring Gardens, a celebration of the flower as a symbol of beauty in fashion’s huge bouquet of floral themes, in a new exhibition opening April 1. More than eighty mannequins will feature garments from the 17th century to the present, including the lavish and exotic botany of 18th-century dress, the free and often symbolic use of flowers in design in the early years of the 19th century, Victorian stylizations of floral forms, the science of flowers in the 20th century, and the ideals of beauty throughout. The exhibition’explores flowers in fashion encompassing botany, beauty, and bounty, with costumes arranged by theme rather than chronologically. Selections from The Costume Institute will be organized in the galleries according to the following categories: a botanical taxonomy — a descriptive catalogue (classification) of flowers and the natural world; a wintergarden of lush tropical vegetation and exotic flowers showing the symbolism of specific flowers, and art’s invention of composite flowers beyond the gardener’s imagination; a formal rose garden; a fleurs du mal garden of black flowers and sinister, gloomy, overgrown foliage in denial of nature’s benevolence and in observation of nature’s brief beauty; and the metamorphosis of women into flowers in which women actually become flowers. Chosen principally from the collection of The Costume Institute, the exhibition will include such highlights as a 17th-century bodice with natural forms in miniature described with scientific clarity as well as 18th-century dresses of floral patterns complemented by silk fringe adornment of similar flowers in three dimensions. In addition, men’s 18th-century waistcoats and coats richly embroidered with floral forms will be shown, along with symbolic and keepsake flowers of Victorian dress. Accessories sprout flora for hats, shoes, and handbags.

The exhibition will be accompanied by an illustrated catalogue, written by Richard Martin and Harold Kcda.