Branded. Fashion, Femininity and the Right to Vote 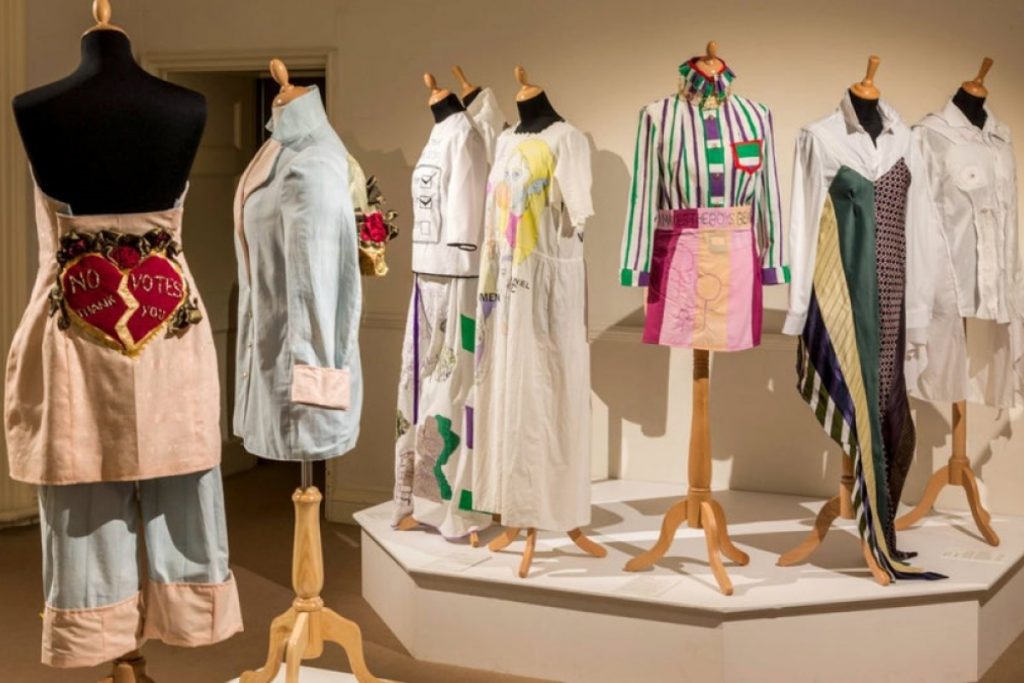 Safe under the newly repaired roof, the fashion collection is back at Killerton for 2018. Meet the radical women who made fashion political during the campaign for women’s suffrage in this exhibition open until 4 November, 2018.

100 years ago the Representation of the People Act was passed in Parliament. This gave the right to vote to all men over 21, and women over 30 with a stake in property or a university education.

Last year, Killerton journeyed through the campaign for women’s suffrage from 1866 until 1928, see the changing styles of fashion, the relationship between politics and dress and how this was exploited by the campaigners and supporters of women’s suffrage.

Perhaps the most memorable of the colours associated with the suffrage movement is the combination of purple, white and green. The Women’s Social Political Union (WSPU) were among the earliest groups to understand and use branded goods to raise awareness, fund and support their cause.

Using the Killerton collection the exhibition showed how organisations, like the WSPU founded by the Pankhursts, used colours, branding  and the highest fashions of the day to identify, unite and support their campaign.

Moving through the century the exhibition looked at how events such as the First World War affected fashion and how women’s fashion continued to develop and change after 1918.

The women’s movement since the 1920s, culminating in the Women’s March (January 2017), is highlighted using film, stills and objects.

Exeter College Art and Design students were welcomed back and after a visit to Killerton, were inspired by the suffrage campaign’s use of slogans, banners, badges, colour and lettering. The Protest project was a collection of the students work in response to this.