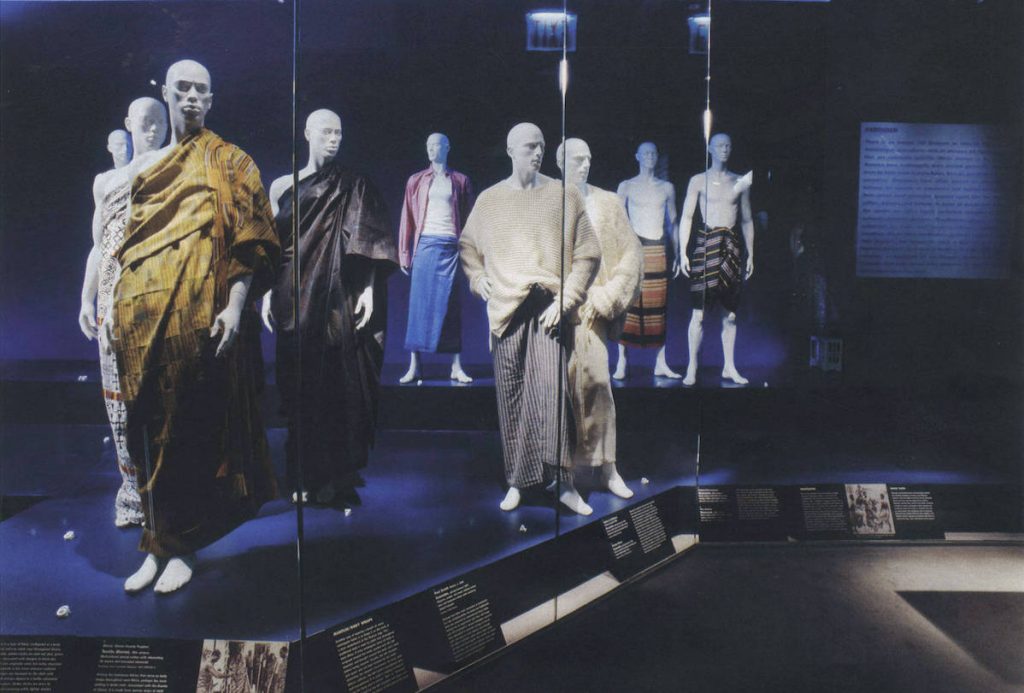 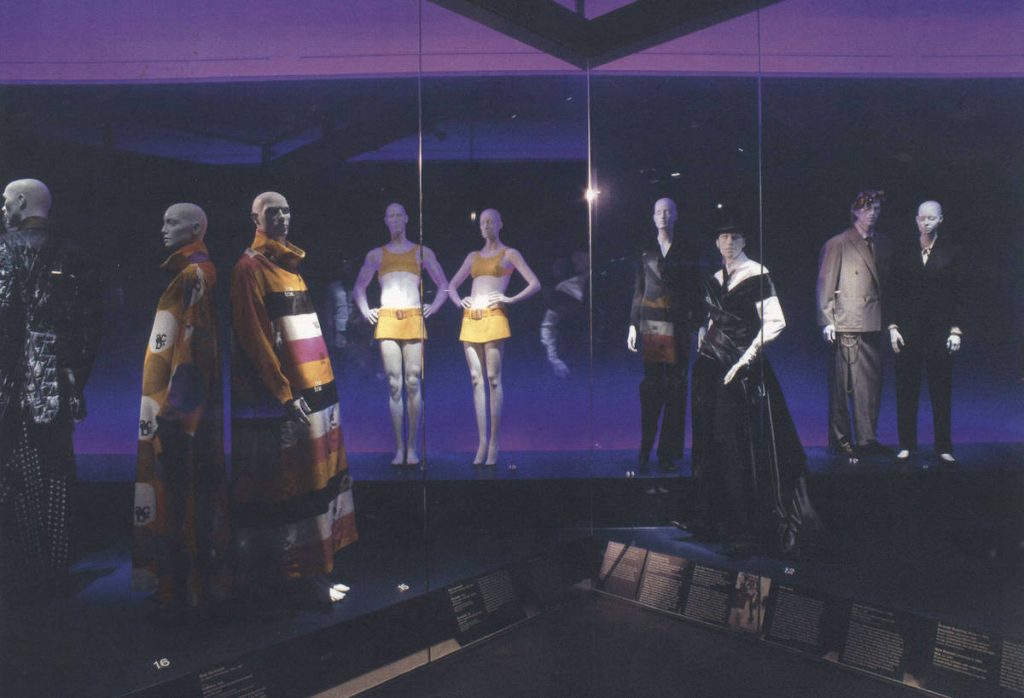 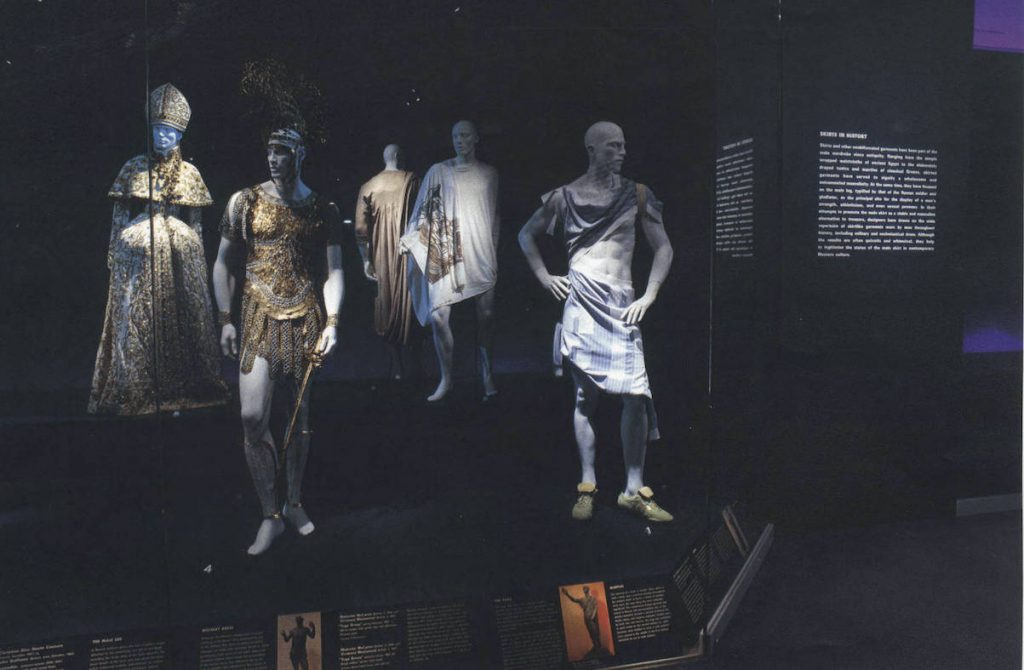 ‘A woman shall not wear anything that pertains to a man, nor shall a man put on a woman’s garment; for whoever does these things is an abomination to the Lord your God’ Deuteronomy 22.5

Throughout the history of Western dress, women have borrowed elements of men’s clothing. In the late s1xteenth century, fashionable women adopted men’s hats and doublets, and in the early twentieth century they adopted men’s trousers. Examples of men appropriating women’s dress, however, are far more rare. Since the “great masculine renunciation” of the late eighteenth and early nineteenth centuries, men have tended to follow a restricted code of dress. From the 1960s, with the rise of counter-cultures and an increase in informality, men have enjoyed more sartorial freedom, but they still lack access to the full repertoire of clothing worn by women. Today, while women enjoy most of the advantages of a man’s wardrobe, men enjoy few of the advantages of a woman’s. Nowhere is this asymmetry more apparent than in the taboo surrounding men in skirts.

In an attempt to redress this sartorial imbalance, many designers have promoted the skirt or as a legitimate alternative to trousers. Drawing on historical precedents and regional and national dress styles, they have succeeded in reinjecting novelty into male fashion while highlighting the need to reassess long-held and outmoded definitions of masculinity. Despite their adoption by fashion-conscious men as club- and beachwear and by various subcultural groups as a symbol of their alternative lifestyles, nonbifurcated garments have remained the reserve of the catwalk. For many men (and women), the male skirt represents a shock at the edge of fashion, an extremity never to be reached. In the past as in the present, widespread acceptance of the skirt for men waits just over the horizon. Whether as threat or promise, it never fails to intrigue and provoke.