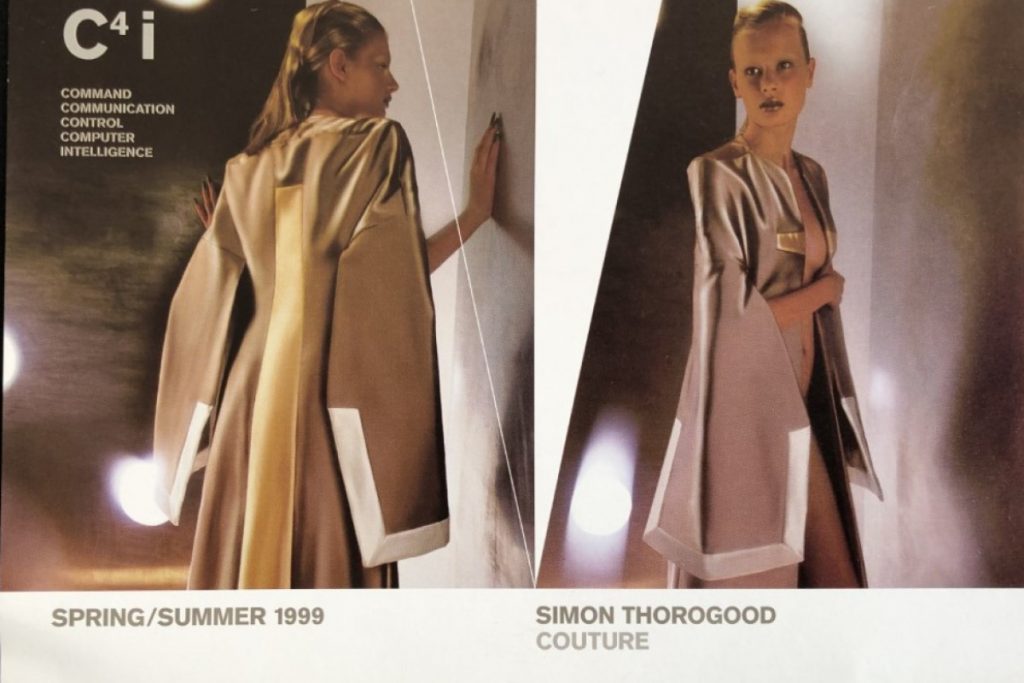 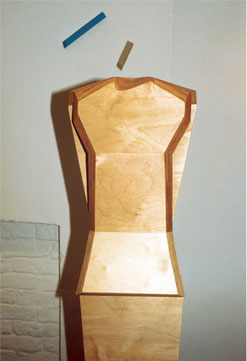 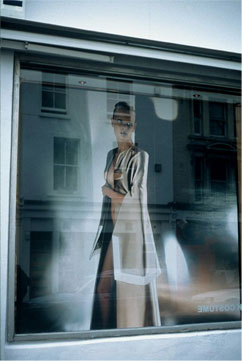 Simon Thorogood’s second couture collection C4i was exhibited at the gallery, consisting of four gowns for Spring/Summer 1999. In collaboration with Thorogood, a set of wooden mannequins were constructed based on the collection’s asymmetrical toiles.

On the walls, coloured wooden shapes were built from pages Thorogood’s sketchbooks. A billboard image for the gallery window was photographed by Tim Brett Day. A futuristic soundscape was specially composed for Simon Thorogood’s exhibition by Joseph Gerhardt and Ruth Jarman.