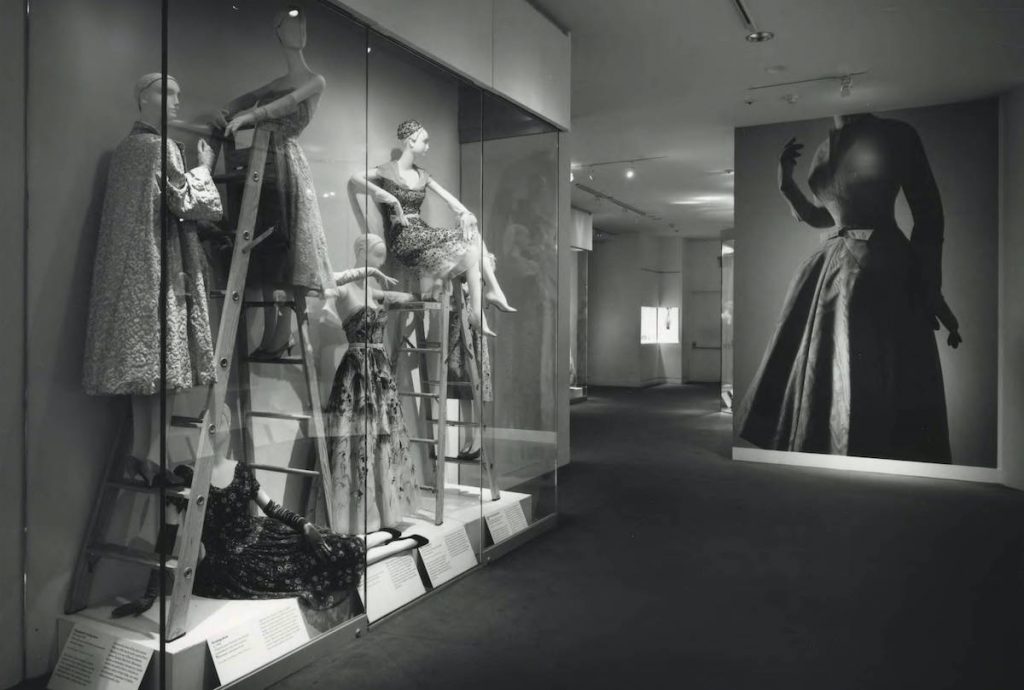 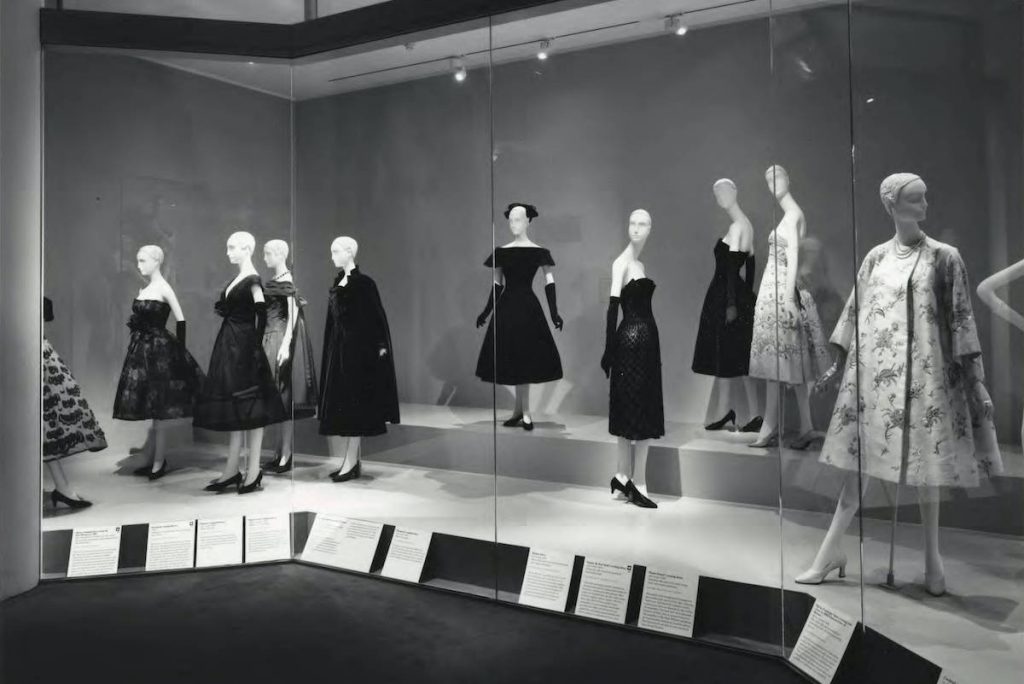 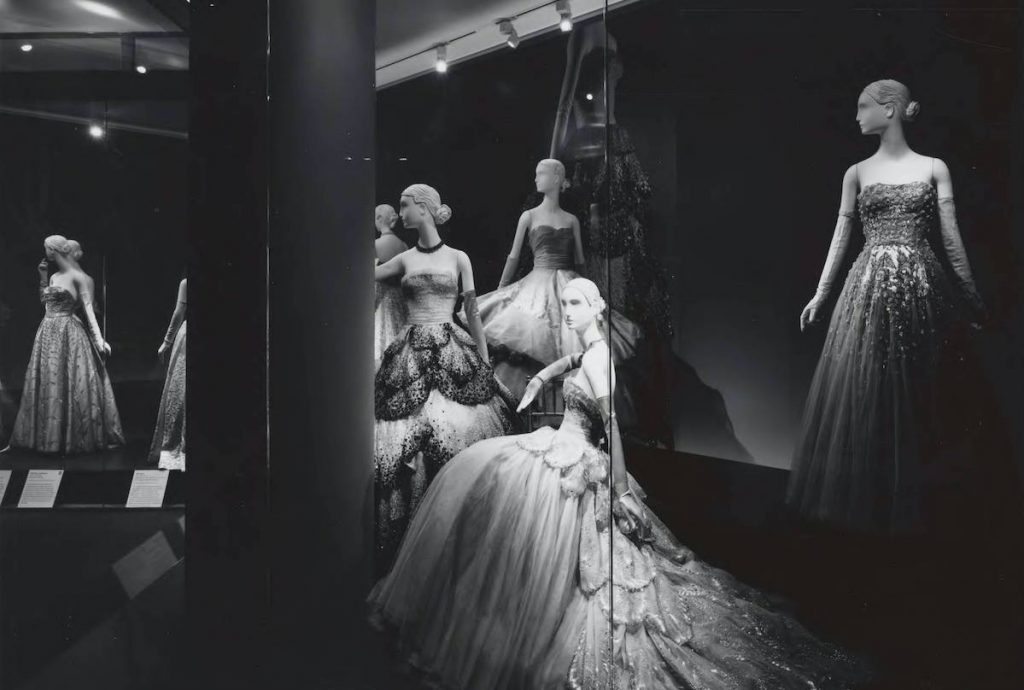 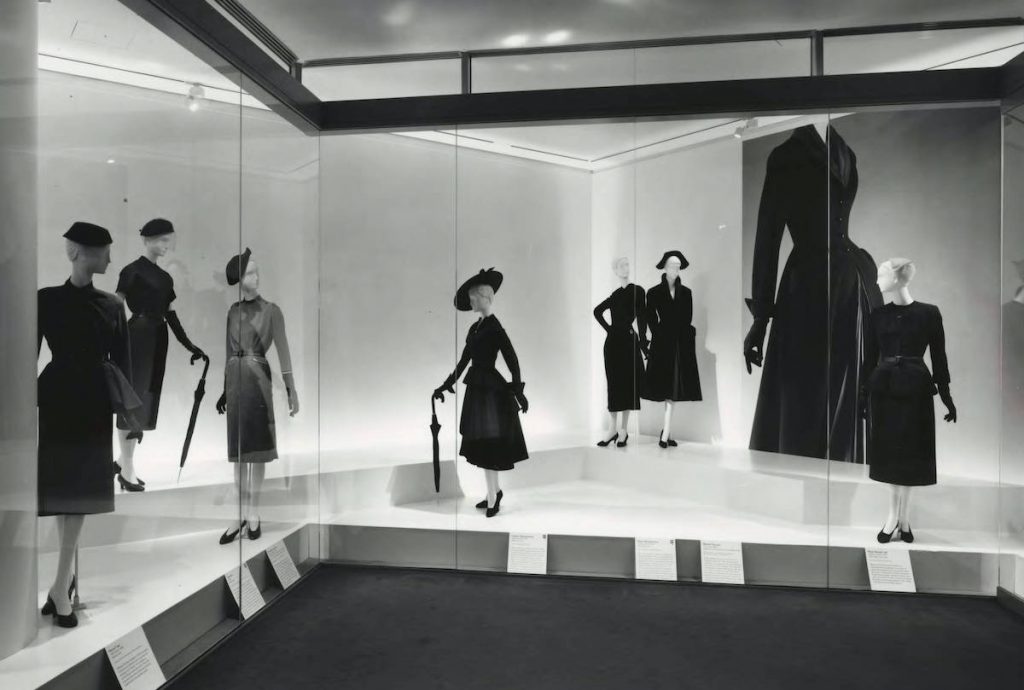 Christian Dior, an exhibition celebrating the remarkable achievements of one of the greatest designers of the 20th century, will open on the occasion of the 50th anniversary of the Dior “New Look” of 1947. The exhibition will be on view in The Metropolitan Museum of Art’s Costume Institute from December 12 through March 23, including the specific “New Look” anniversary date of February 12, 1997. The exhibition is made possible by Christian Dior and L VMH-Moet Hennessy Louis Vuitton.

Christian Dior will be drawn primarily from the collection of The Costume Institute, likely the finest collection of Dior in the world. More than 80 pieces in the exhibition will testify to the genius of one of the century’s great fashion designers in the crucial years of artistic reestablishment and the renaissance of couture design.

Beginning with the first collection that revived the traditional narrow-waisted silhouette, structured by built-in corsetting, Dior achieved popular recognition with this “New Look.” He created fashion that assured elegance and promised inventiveness and delight within the parameters of sophisticated taste. In the decade from the 194 7 “New Look” to the designer’s sudden death in 1957, Dior was considered the single most influential designer.

Curators Richard Martin and Harold Koda pose the designer’s achievement as the creation and maintenance of a powerful post-war icon of the feminine, the opulent, and the deliberate. “Our civilization,” justified Dior, “is a luxury and we are defending it.” Dior’s luxury signified not only a dress, but post-war culture. The timeliness of this exhibition not only celebrates an anniversary but offers wisdom to contemporary fashion design. Martin and Koda comment, “Christian Dior’s sure sensibility and temperament as an artist as well as a designer constitute an important part of Dior’s persuasive history. His luxury seemed irresistible in the years after World War II and his acuity to craft and quality affirmed that the new world would still effect consummate art.”

Highlighted in the exhibition will be the influential “Bar” suit ( 194 7), the ensemble most identified with the dramatic changes wrought by the New Look: rounded, unpadded shoulders, a severely corseted, wasp-waist, padded hips, and voluminous skirt hovering at the ankle. The organza and tulle evening gowns, “Venus” and “Junon” (1949), lavishly encrusted with embroideries, represent the extraordinary recovery of the couture after the war, and the luxurious effects attainable through the petites mains, the artisanal trades that are still the backbone of the couture. A narrow evening dress with an asymmetrical hem and draped hip-swag ( 1949) features the materials — black wool and silk faille — of a tuxedo transformed into “Madame X” glamour. From the “Profile” collection, a widely copied smoke-grey moire dinner dress with a cantilevered hipline reveals Dior’s preference for the linear and architectonic. Finally, a spectacularly embroidered gold sequin evening gown (1957) from his last coIIection alludes to Dior’s refined historicism in its Second Empire silhouette and extravagance.