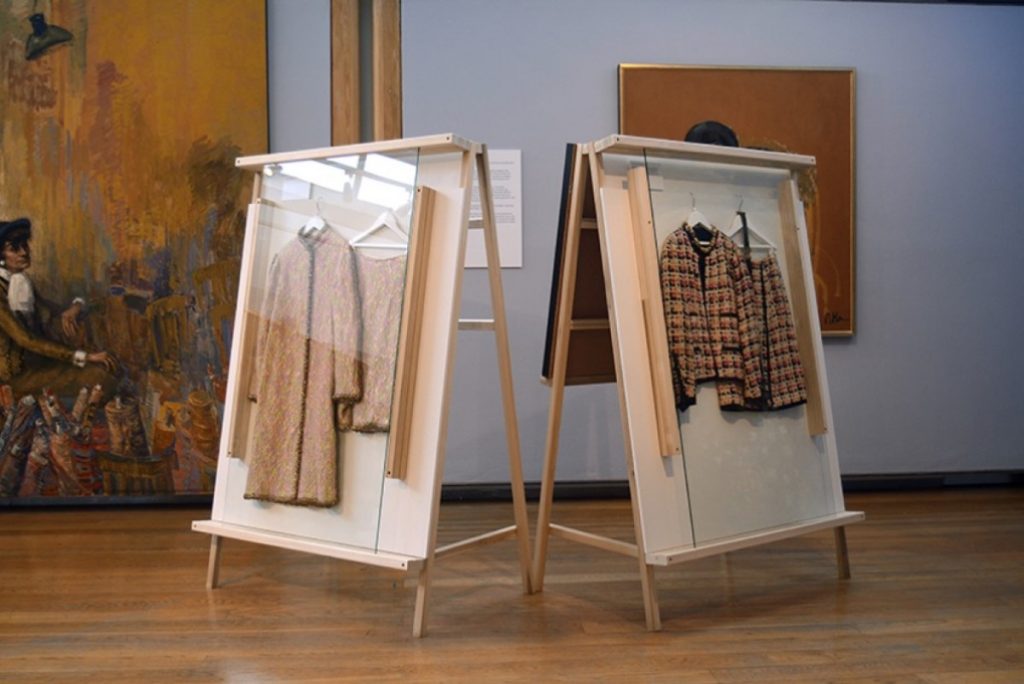 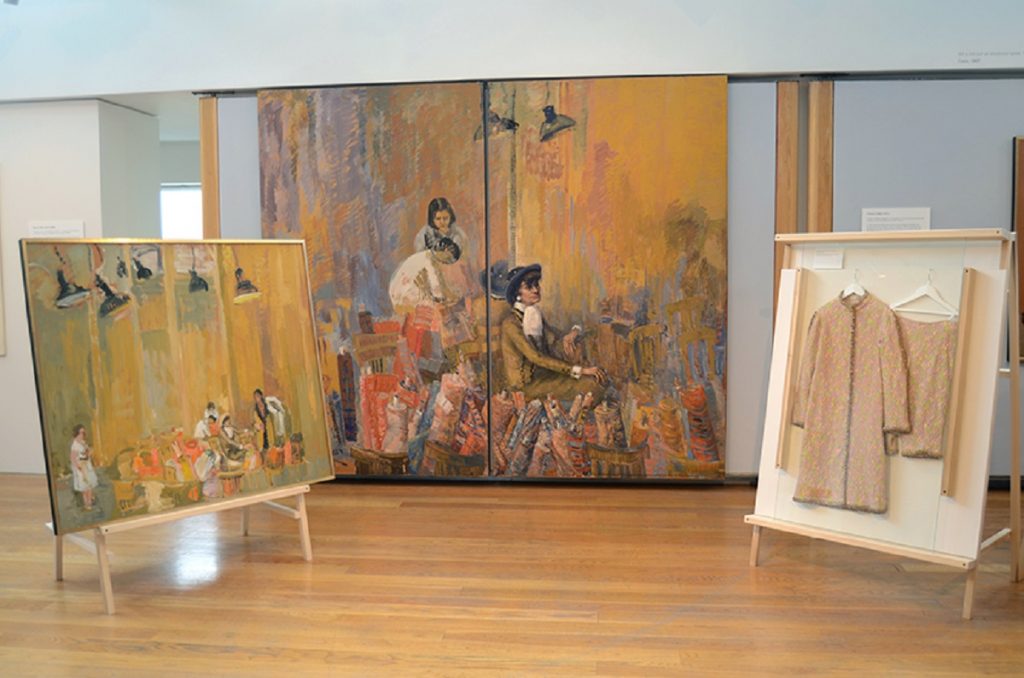 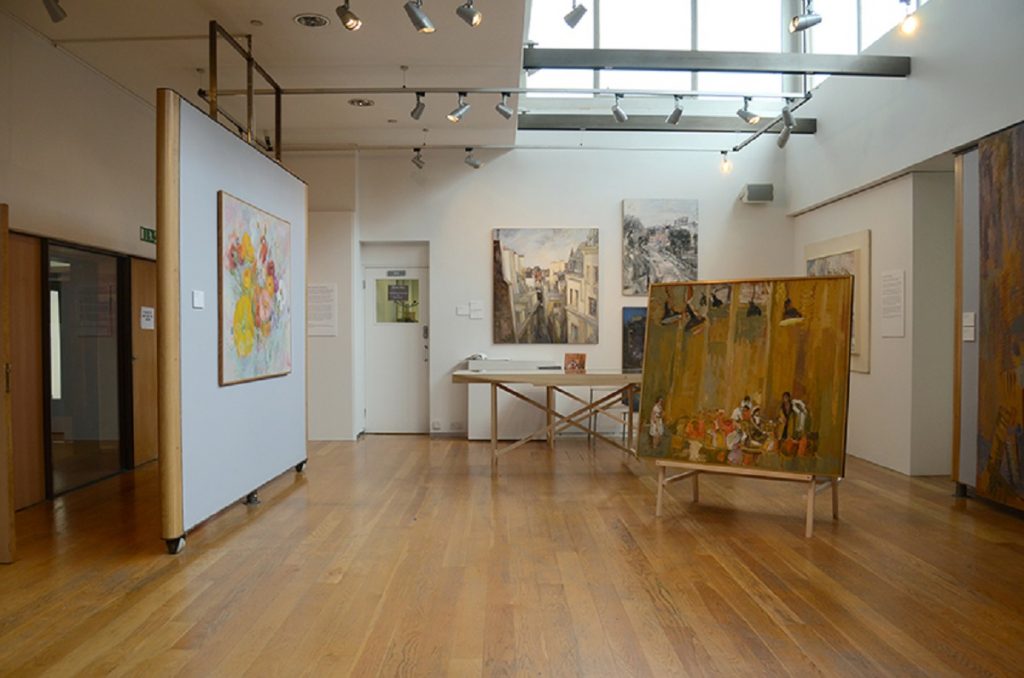 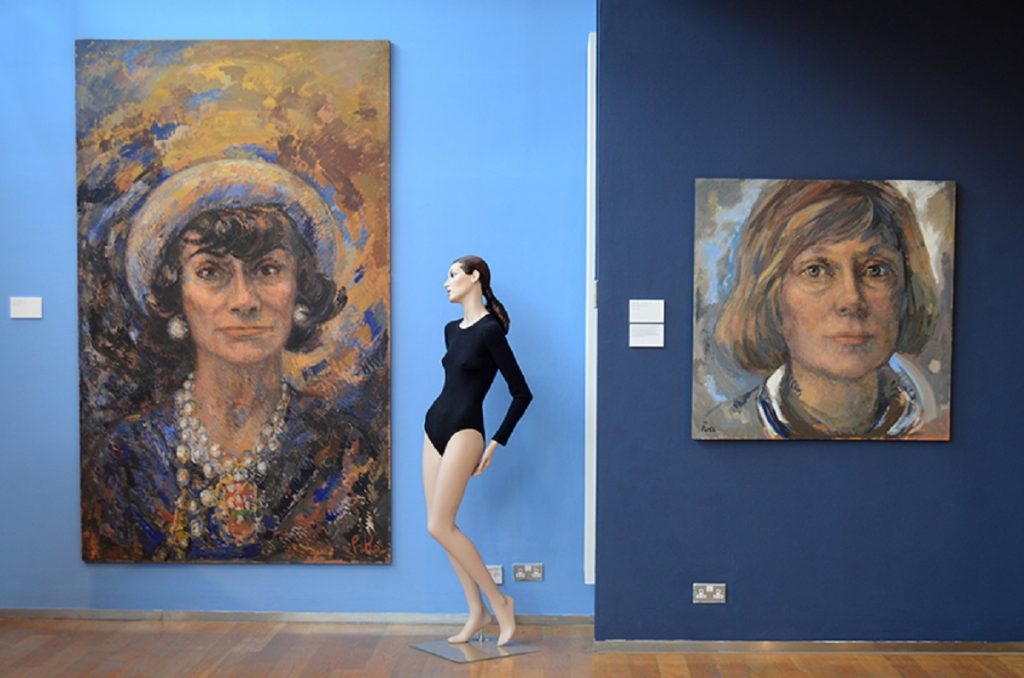 This exhibition explored the friendship and working practices of two extraordinarily talented, creative women. Californian artist Marion Pike met Coco Chanel in 1967, when she went to the couturière’s Paris atelier to paint her portrait. Chanel has been depicted as lonely and embittered in later life. The story of their immediate friendship reveals an alternative narrative.

Marion and Coco were introduced via Frederick Brisson, a mutual friend who produced the Broadway musical ‘Coco’ (1969). The first time Marion went to her salon, Coco kept her waiting and so she sketched what she saw around her. Chanel could be highly critical and aloof. When she viewed Marion’s drawings she credited her as ‘a real artist’. She then removed her own scarf and placed it around Marion’s neck, to mark the beginning of their friendship. The women experienced very different life stories. Marion’s biography was privileged and nurturing, whilst Coco’s childhood was impoverished and lacked love. Both of their mothers died when they were children, and they each experienced the suicide of a close family member. As women, they challenged gender norms by living independent lives, dedicated to their chosen métiers.

Marion painted at least thirteen expressive portraits and huge, colour-saturated works of Coco, seated amidst bolts of cloth. And Coco dressed the artist and her daughter in chic, luxurious clothing. Surviving garments reveal that, even in her eighties, Chanel’s fashion flair remained undiminished. Exhibiting their works together, an exquisite, shared palette emerges. Portraits of women whose life stories intersect with those of Marion and Coco’s own, along with one of Marion’s many self-portraits, are also exhibited. The artist’s ability to also capture places and nature is demonstrated eloquently by Paris cityscapes and flower paintings.

The exhibition toured to the Palazzo Morando, Milan, 2013

The exhibits were lent by Jeffie Pike Durham, Marion’s daughter. She met Coco in 1968. It was an unforgettable, affirmative experience. This is also Jeffie’s story.