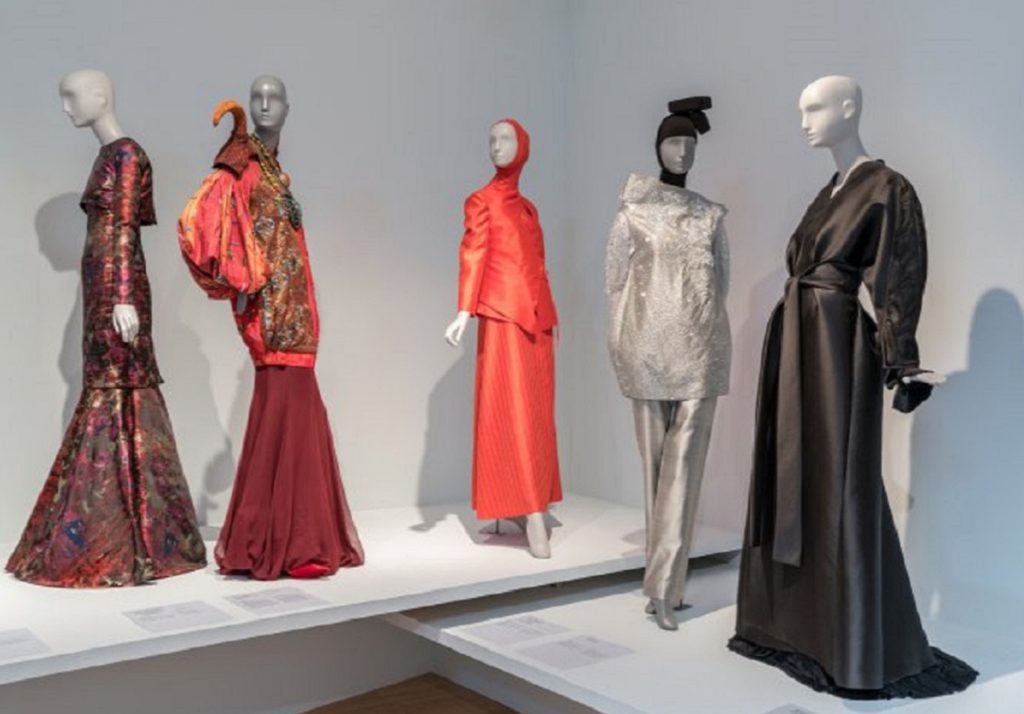 Contemporary Muslim Fashions was the first major museum exhibition to explore the complex and diverse nature of current Muslim clothing styles. The concept of the exhibition was developed at the Fine Arts Museums of San Francisco and was initiated there by Max Hollein. The Museum Angewandte Kunst in Frankfurt/M was its first venue in Europe.

In selecting designers, the curators focused particularly on the Middle East, Malaysia and Indonesia as well as Europe and the USA. Contemporary Muslim Fashions took a close look at the diverse interpretations of Muslim clothing traditions in these different countries and not only showed regional differences, but also made the similarities visible. It presented itself as a snapshot of this fashion phenomenon, which carries social, religious, social and political implications.

The exhibition showed on the one hand how Muslim women implement their own fashion interpretations of “Modest Fashion” and on the other hand how international fashion companies react with their own creations to the increasing demand for “discreet” less body-oriented and at the same time fashionable styles by Muslim and Non-Muslim women worldwide.