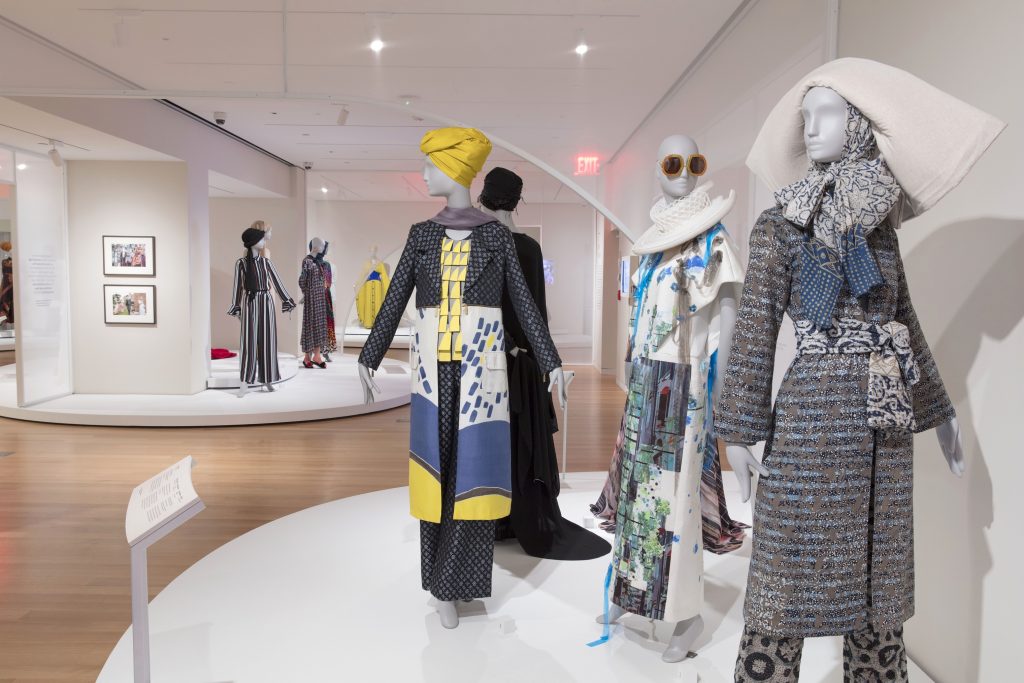 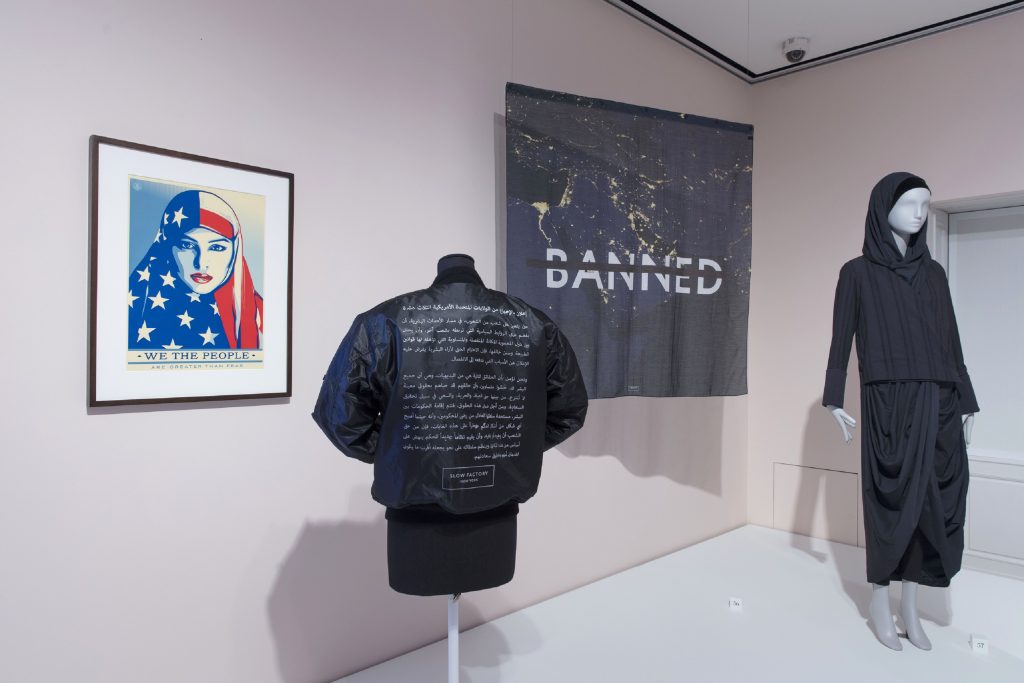 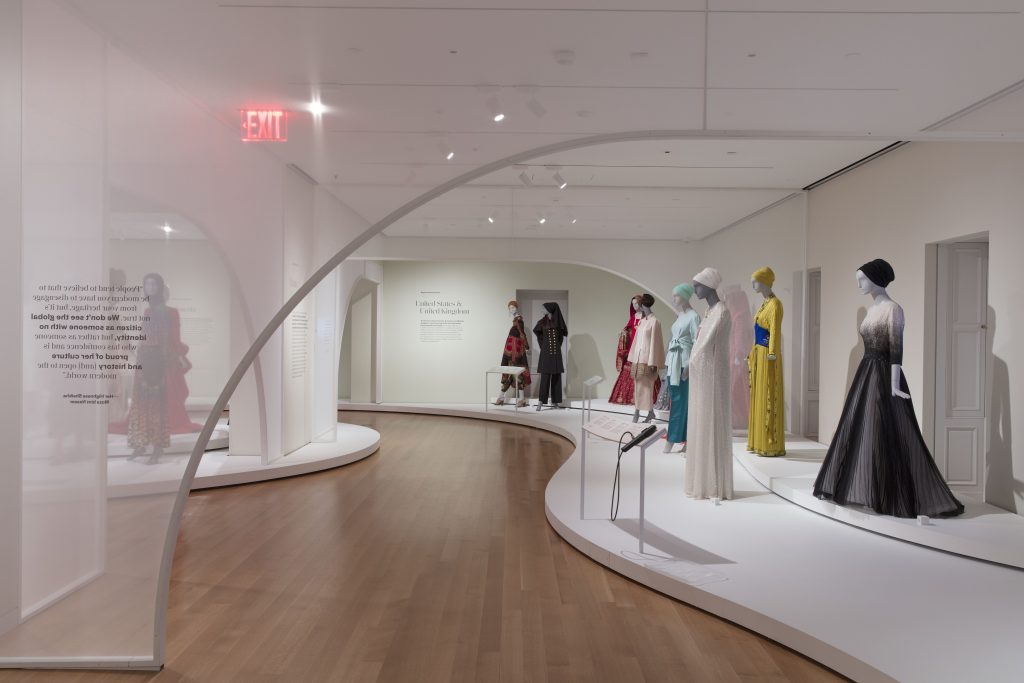 Contemporary Muslim Fashions examines how Muslim women—those who cover their heads and those who do not—have become arbiters of style within and beyond their communities. As designers and entrepreneurs, they have shown that clothing can be on-trend and still meet the needs of diverse wearers. As consumers, they have used their influence to shape global fashion markets. And as journalists, bloggers, and influencers, they have confronted a lack of representation in the mainstream fashion narrative and drawn international attention to the vitality of Muslim modest style.

Contemporary Muslim Fashions features approximately 80 ensembles drawn from established and emerging designers in high-end fashion, streetwear, sportswear, and couture, as well as about 40 photographs. Interviews and footage of designers at work in their studios introduces a new generation of designers—75% of the designers, artists, and influencers in the exhibition are Muslim women under 40 years of age—and their focus on entrepreneurship, inclusion, and sustainable and ethical practices.

“Contemporary Muslim Fashions” is organized by the Fine Arts Museums of San Francisco.

The Cooper Hewitt presentation of “Contemporary Muslim Fashions” is made possible by support from the August Heckscher Exhibition Fund.

Additional support is provided by the Barbara and Morton Mandel Design Gallery Endowment Fund and Edward and Helen Hintz.

Cooper Hewitt is America’s design museum. Inclusive, innovative and experimental, the museum’s dynamic exhibitions, education programs, master’s program, publications and online resources inspire, educate and empower people through design. An integral part of the Smithsonian Institution—the world’s largest museum and research complex—Cooper Hewitt is located on New York City’s Museum Mile in the historic, landmark Carnegie Mansion. Steward of one of the world’s most diverse and comprehensive design collections—over 210,000 objects that range from an ancient Egyptian faience cup dating to about 1100 BC to contemporary 3-D-printed objects and digital code—Cooper Hewitt welcomes everyone to discover the importance of design and its power to change the world. Cooper Hewitt knits digital into experiences to enhance ideas, extend reach beyond museum walls and enable greater access, personalization, experimentation and connection. The museum is fully accessible.

ABOUT THE FINE ARTS MUSEUMS OF SAN FRANCISCO

The Fine Arts Museums of San Francisco, comprising the de Young in Golden Gate Park and the Legion of Honor in Lincoln Park, are the largest public arts institution in San Francisco.

The de Young originated from the 1894 California Midwinter International Exposition in Golden Gate Park and was established as the Memorial Museum in 1895. It was later renamed in honor of Michael H. de Young, who spearheaded its creation. The present copper-clad landmark building, designed by Herzog & de Meuron, opened in October 2005. It holds the institution’s significant collections of American painting, sculpture and decorative arts from the 17th to the 21st centuries; art from Africa, Oceania and the Americas; costume and textile arts; and international modern and contemporary art.