Dangerous Liaisons: Fashion and Furniture in the Eighteenth Century 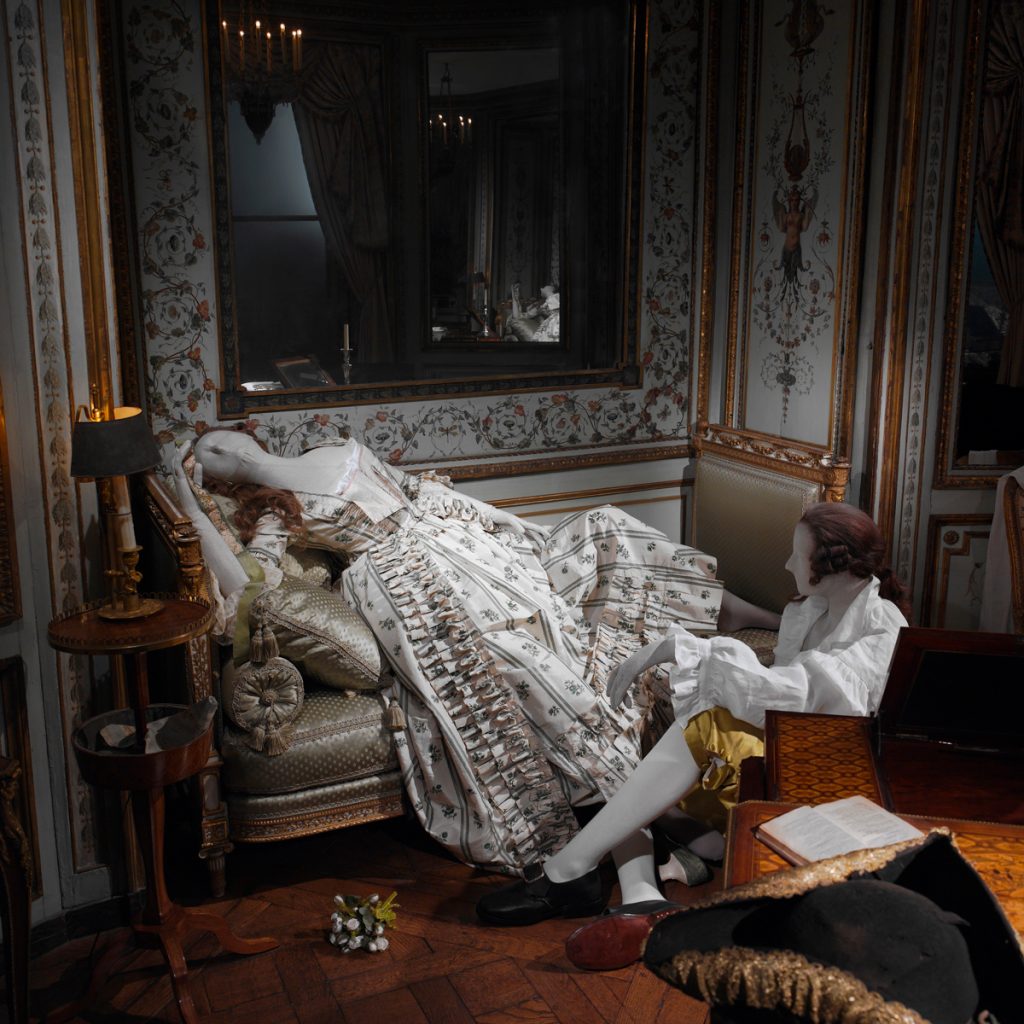 This exhibition focuses on dress and its aesthetic interplay with art, furniture, and the broader decorative arts between 1750 and 1789. Presented in the dramatic setting of The Wrightsman Galleries, the Museum’s French period rooms, the exhibition explores the dressed body’s spatial negotiation of the eighteenth-century interior as a choreography of seduction and erotic play. The coquettish Polonaise dress with its hem raised to reveal the ankle is juxtaposed with a side table that transforms into a dressing table through mechanisms similar to the gown’s hidden ties. The arch of the foot introduced by shoes with a Louis-style heel is seen with the scrolling legs of tables and chairs from the period shod in ormolu sabots. Lavish banyans, the “undress” of eighteenth-century rakes, and fans, an accessory that could be wielded with both decorous and flirtatious intent, are presented as the favored modes of beguilement of the eighteenth-century man about town and his femme du monde counterpart.