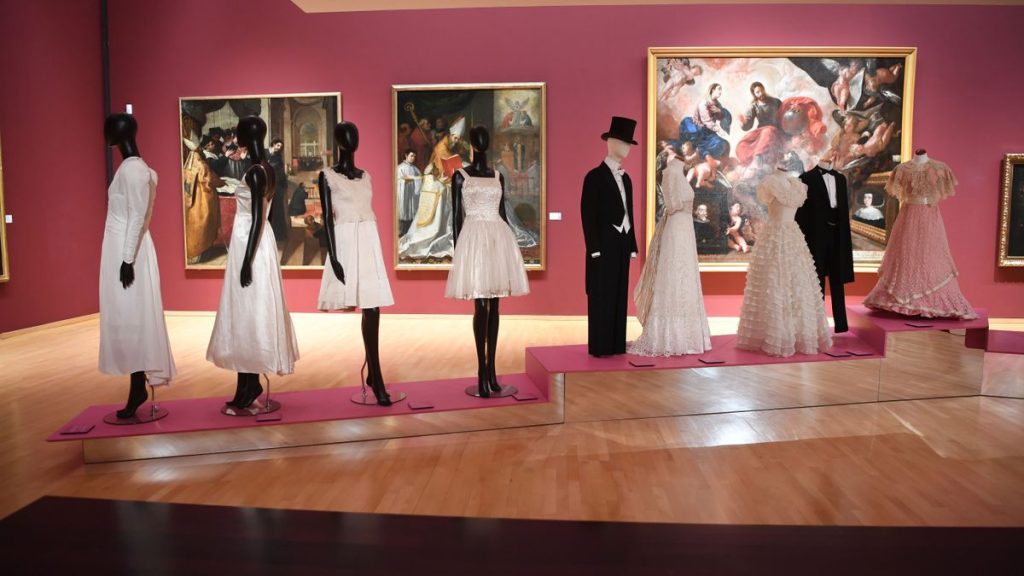 The Museo de Belas Artes da Coruña presents its first fashion exhibition, Vestir Épocas, 1860-1960. The González-Moro Collection, with which it tries to highlight the value of sewing within art.

Through it, an important selection of objects and garments is shown,  belonging entirely to the fashion and clothing collection of Ana González-Moro, a lady from Coruña  who throughout her life has been collecting dresses, suits and accessories. of more than 100 years of creation and that until now had never been exhibited as a whole. There are more than three hundred pieces from family inheritances, donations and gifts from his circle of friends, which appear linked to the forms and taste of clothing in Galicia in the different periods covered by the legacy.

The viewer will thus have the opportunity to delve into the uses and customs that passed from the mid-nineteenth century to the mid-twentieth century, through a tour that extends through all the museum rooms and in dialogue with the works of the permanent collection, attending to its iconography, time and use.

The exhibition, organized by the Museo de Belas Artes da Coruña under the patronage of the Consellería de Cultura, Educación e Universidade, is curated by the architect Fernando Agrasar Quiroga and the fashion specialist Román Padín Otero, and can be visited from October 28 2020 until March 14, 2021.

The clothes that are presented are pieces of great beauty, technical prodigy, museographic singularity and historical relevance, made and belonging, for the most part, to life in Galicia. Thus, they reflect the urban, local and cosmopolitan, artisan and, in turn, industrialized fashion of a modern world in constant change. Galician history gains importance from the perspective of the costume and directs the gaze towards a cultural manifestation; an art that defines our contemporaneity: fashion, understood from its social value.

The tour, developed between the mid-1860s and 1960s, shows the dawn of mass production and the essential work of dressmakers, tailors, and family members who sewed, wove and repaired clothes. They are objects and clothes that follow the fashions of the times in which they were created and incorporate particularities of those who wore them. They are inheritances and memory.

Of the totality of the pieces, only a few were previously exhibited in the Con-Fío exhibition at the Museo Centro Gaiás de la Cidade da Cultura de Galicia in Santiago de Compostela, and two in the Sorolla y la moda exhibition at the Museo Nacional Thyssen -Bornemisza in Madrid. However, the entire collection of the González-Moro family is now being presented for the first time to extol its value as a collective heritage and generate, in each of the museum’s rooms, a great “conversation” between the arts.