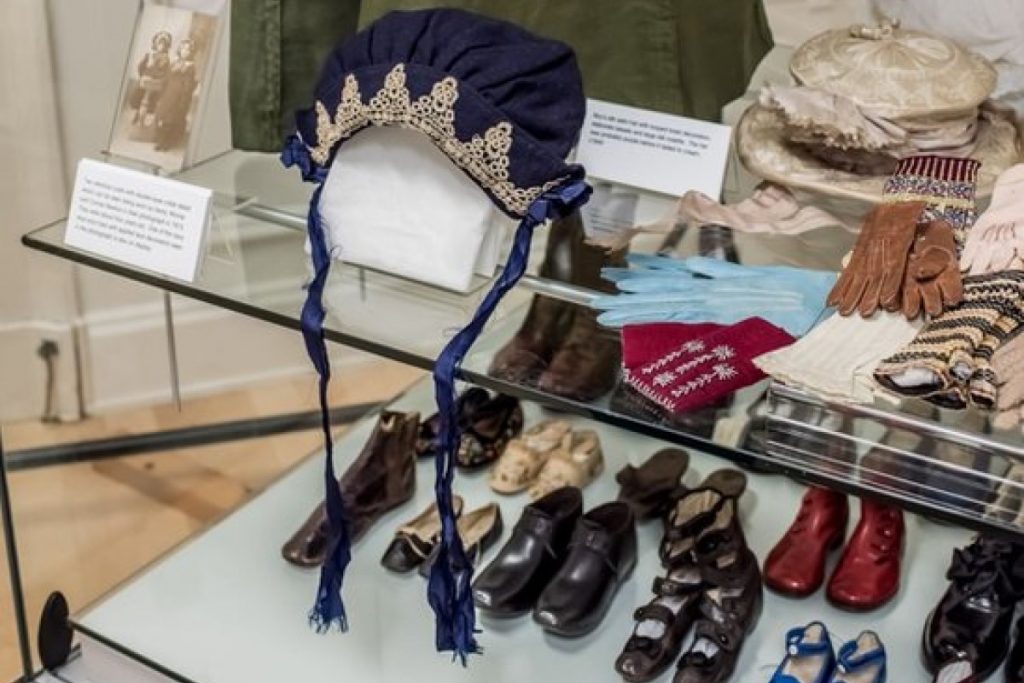 A Collection of baby clothes and shoes that tells the story of 350 years of children’s clothing goes on display at Leicester’s New Walk Museum on Saturday (16 November).

Dressing for Childhood features more than 100 items of clothing, with the earliest items on display dating from the late 17th century.

A knitted baby’s jacket and a baby’s christening set – both dating from the 1690s – will be on show, as well as a dress worn by Prince Octavius, son of King George III.

The dress, which dates from around 1782, is made from a woven cream silk brocade and features a zigzag pattern of silver metallic thread.

In contrast, the most recent item on display is a child’s Kate Greenaway dress that was bought in Marshall & Snelgrove in Leicester in the 1950s.

Leicester City Council’s collections officer Fiona Graham said: “Our children’s clothing collection is rarely seen in public because textiles are so vulnerable to light exposure and can easily be damaged by poor handling and insect attack.

“This exhibition is therefore a great opportunity to see the clothes and shoes that children were wearing from the late 17th to the mid-20th century, and to learn how children’s clothing has developed over the past 350 years.”

Dressing for Childhood opens on Saturday and continues until 26 February 2020.

It’s the first in a series of exhibitions called Out of the Stores that will showcase the many quirky and fascinating items in the city council’s stores that are rarely on display.

Future exhibitions could feature items from the museum’s natural history collection that are currently in storage, or some of the pieces from the modern art collection which are rarely on display.

Deputy city mayor Cllr Piara Singh Clair said: “Because of the limited space in our museums, only a fraction of the items in our collections is on show at any one time.

“This series of exhibitions gives us the chance to showcase some of the rarely seen treasures from our stores, while carefully conserving our collections for future generations to enjoy.”