Elegance and Splendour of Art Deco 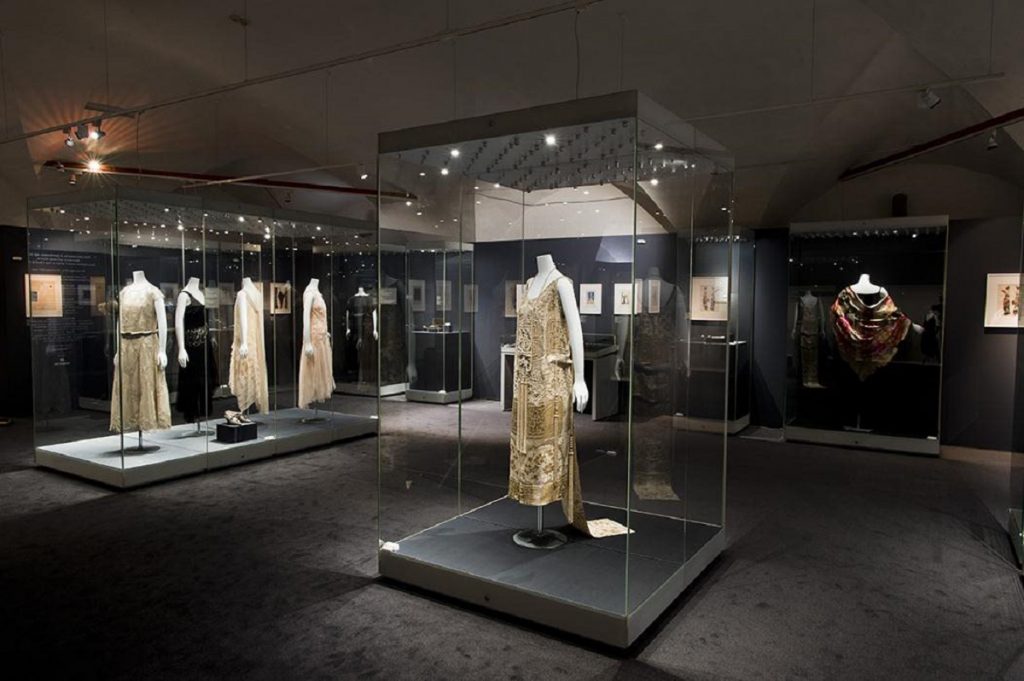 The Moscow Kremlin Museums introduce an exhibition “Elegance and Splendour of Art Deco. The Kyoto Costume Institute, Jewelry Houses Cartier and Van Cleef & Arpels”. It will be the first time when the collection of women’s clothing by haute couture European houses of the Art Deco period from the Kyoto Costume Institute (Japan) will be demonstrated in Russia. Moreover, visitors will have a chance to see jewels of 1910–1930s created by outstanding jewelry houses Cartier and Van Cleef & Arpels, together with original designs and photographs from the archives.

An impressive display which will reflect the ideals of beauty of the day will be held at the One-Pillar Chamber of the Patriarch’s Palace and the exhibition hall of the Assumption Belfry. One hundred nineteen samples of women’s wear from the Kyoto Costume Institute, considerable part of which was restored specially for this project, will leave Japan and the Kyoto Costume Institute for the first time. Among the exhibits – evening dresses and manteau, dancing and cocktail outfits, as well as “robe de style” – a special kind of gala dress which appears in the women’s wardrobe in the Art Deco period.

The Kyoto Costume Institute is one of the four world best fashion museums and possesses the rarest collection of women’s dresses and accessorizes by outstanding European firms and designers of the first third of the 20th century. Among them are Chanel, Worth, Poiret, Lucille, Paquin, Callot Sisters, Lanvin, Boué Sisters, Fortuny, etc. These were the fashion houses which introduced a new contemporary art movement in creation of costumes in the beginning of the 20th century, and which defined its future development up until today.

The display shows how an epoch combines different kinds of decorative art. For the first time, clothes and jewels as a single ensemble were introduced by Louis Cartier and Jeanne Lanvin at the “Elegance” pavilion during the exhibition in Paris in 1925 – Exposition internationale des arts décoratifs et industriels modernes – which later gave the name to the Art Deco style. The same manner of display was chosen by the Moscow Kremlin Museums – elegant dresses at the exhibition will be accompanied by fancy and luxurious jewels by Cartier and Van Cleef & Arpels jewelry houses. Visitors will see both the first and very rare artworks and unique extravagant jewels of a later period.

The Moscow Kremlin Museums refer to the theme of Art Deco as a unique artistic and socio-cultural phenomenon of the 20th century. This style of bright creative imagination, inspired by European classics and modernism, culture of ancient civilizations, national traditions and rapid technological progress, influenced all art forms in 1920–1930s, and remains relevant nowadays.