Eleganza: Italian Fashion From 1945 to Today 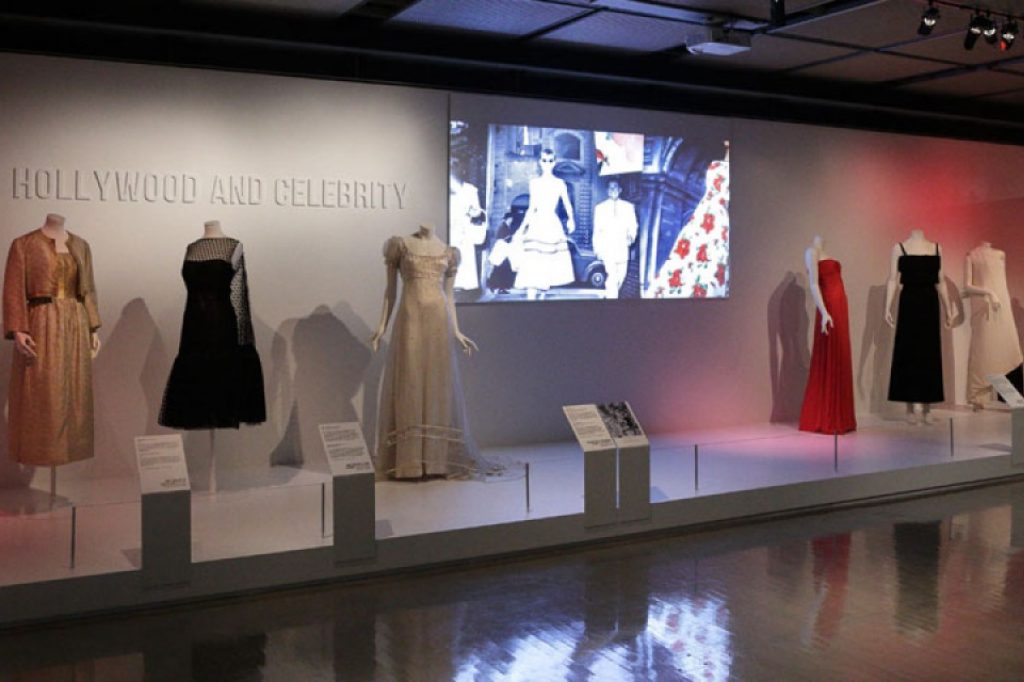 Montreal, May 24, 2016 – The McCord Museum is pleased to announce a Canadian exclusive, the exhibition Eleganza: Italian Fashion From 1945 to Today will be featured at the Museum from May 26 to September 25, 2016.

Organized by London’s Victoria and Albert Museum and presented by Holt Renfrew, this exciting exhibition shows the work of celebrated designers who changed the world of Italian fashion in the period following the Second World War to today.

The exhibition presents an overall portrait and history of key moments in the rise and evolution of Italian fashion, including the handmade clothing of the sarta, the neighbourhood dressmaker, luxurious Italian couture and the highest quality ready-to-wear. It also highlights the outstanding craftsmanship, techniques, materials and skills that forged Italy’s reputation and place at the top end of the international fashion industry.

“We are delighted to be the only museum in Canada to present this magnificent exhibition. Fashion is at the heart of our interests. The McCord Museum is internationally renowned for having the largest collection of Canadian fashion and costume in the world. This exhibition confirms and highlights our unique expertise in costume presentation,” says Suzanne Sauvage, President and Chief Executive Officer of the McCord Museum.

Organized chronologically, the exhibition is divided into five themed sections: The Birth of Italian Fashion, Hollywood and Celebrity, Tailoring, Made in Italy and the Cult of the Designer. The public will discover gowns and suits by Emilio Pucci, Valentino, Walter Albini, Gianni Versace, Giorgio Armani, Fendi, Prada, Dolce & Gabbana, Marni and pieces by emerging talents, along with shoes, bags and many other accessories, as well as photographs, magazines, drawings and film clips. The exhibition features around 130 objects, including almost 100 garments epitomizing the glamour and influence of Italian fashion from 1945 to today.

The Birth of Italian Fashion

In 1945, Italy was recovering slowly from the turmoil of the Second World War and trying to rebuild. The government wanted to boost the economy and focussed on the fashion industry with help from the United States through the Marshall Plan. In 1951, Giovanni Battista Giorgini organized Italy’s first internationally recognized fashion shows, which from the following year were staged in the Sala Bianca, a beautiful gallery in the Pitti Palace in Florence. These fashion shows brought together influential Italian designers, who would soon be recognized abroad, and numerous buyers and fashion journalists eager to see the latest collections. These events launched Italian fashion onto the world stage. Visitors browsing through this section will have chance to appreciate the work of creators who took part in these first fashion shows, among them Simonetta.

During the 1950s and 1960s, many Hollywood films were made in Rome’s Cineccità studios. Productions such as Roman Holiday and Cleopatra showed Italy as a picture postcard destination. Soon images of Hollywood celebrities shopping in Florence, strolling the streets of Rome and vacationing on the Amalfi coast went around the world in the pages of fashion magazines or gossip columns. A number of Italian fashion houses designed for actresses such as Audrey Hepburn, Ava Gardner and Elizabeth Taylor when they were filming on location in Rome. They created made-to-measure gowns for these new ambassadors of Italian fashion who were photographed on and off set wearing the latest Italian styles. As a result of this media attention, a generation of Italian designers extended their influence and publicized their work internationally. Visitors to this section will see a delicate evening dress worn by Audrey Hepburn in the film War and Peace (1956); a garment (1963) by the designer Irene Galitzine, creator of the palazzo pyjama; as well as a bikini by Emilio Pucci (1968), renowned for his colourful prints.

Italian tailoring, known for being light and elegant, was popularized by Italian actors such as Marcello Mastroianni, who wore perfectly fitting suits in the film La Dolce Vita (1960). Italian suits feature precise cut, exact fit and flawless finishing. The smallest details, the shape of a pocket or sleeve, often differ from one region to another, making it possible to distinguish a suit made in Rome from one created in Naples. This section highlights many Italian suits, including one made by Rubinacci (1954), owned by Italian producer, director and actor Vittorio De Sica.

In the early 1970s, the popularity of haute couture gave way to enthusiasm for the mass-production and standardization of the latest fashions. By the 1980s, designer ready-to-wear was booming and became a new form of fashion expression. Milan, with its nearby clothing and textile factories, and its position as the central hub for Italian advertising and its fashion press, became Italy’s new fashion capital. This decade saw the success of the Made in Italy marketing campaign which promoted a variety of products – cinema, art, food, film, design and, above all, fashion, ensuring that Made in Italy became a guarantee of quality and style. The fashion houses Max Mara, Krizia, Giorgio Armani, Gianni Versace and, later, Moschino as well as Dolce & Gabbana helped promote and revolutionize ready-to-wear in Italy. Italian specialists in knitwear, such as Missoni and Laura Biagiotti, and luxury leather goods labels, including Gucci and Trussardi, also became part of this trend, elevating the standards of ready-to-wear quality. Achille Maramotti (Max Mara), Gianfranco Ferré and Giorgio Armani are among the designers highlighted in this section, with creations dating from 1982-83, 1986 and 1989 respectively.

Cult of the Designer

Fashion has become increasingly international since the 1990s. Many designers celebrated for their talent have enabled Italy to maintain its reputation and influence in the world of fashion and design. They offer an expanding range of products sold on all continents, whether it be clothing, furniture or hotel interiors. The fashion houses featured in this final section all cater to a loyal clientele, emphasize Italian production and aim for the best quality, three features that give Italian designers a competitive advantage. At the conclusion of the exhibition, visitors will have a chance to see dramatic couture gowns designed by Valentino, Giambattista Valli and Armani Privé along with stunning ensembles by Gucci, Prada and Roberto Cavalli. Superb accessories will also be displayed, such as an extravagantly ornate pair of Dolce & Gabbana boots trimmed with beads, rhinestones and metallic embroidery (2001).