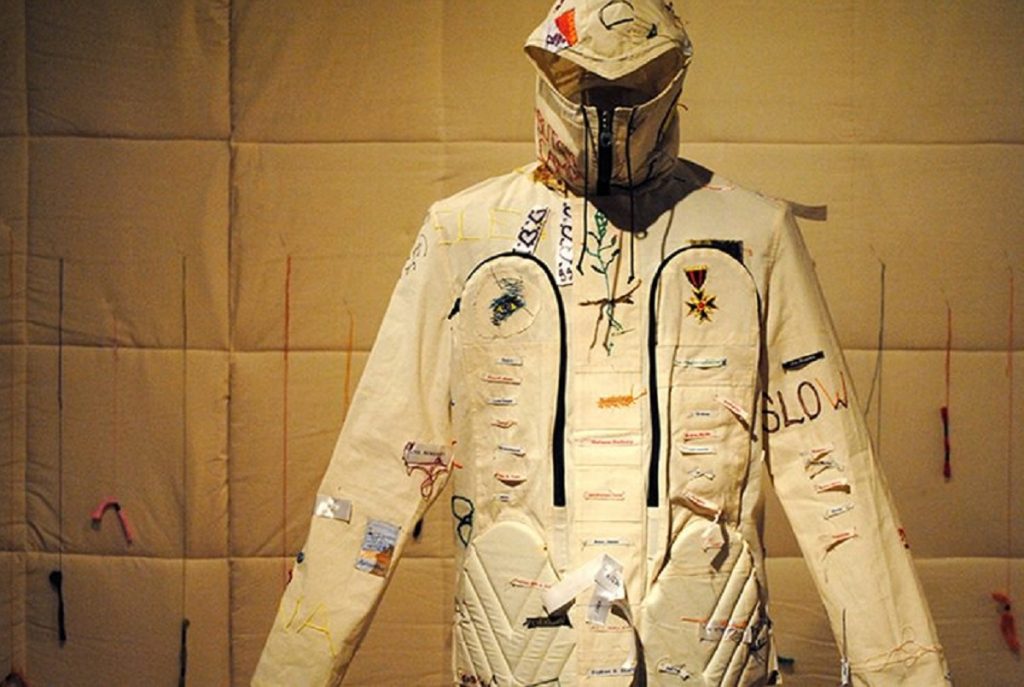 This exhibition paired a selection of Australian artist eX de Medici’s photographic archive The World 2004–2010, with a installation by British clothing and accessory designers Vexed Generation of their Vexed Parka in three parts. Though having never met, working in divergent media and living on opposite sides of the planet, both eX de Medici and Vexed Generation respond to observations and experiences of the continually changing world in which we live. Both considering the effect of economic, environmental and political situations on the individual and the community, both ultimately calling for stability and sustainability through their creative practices. eX de Medici is one of the most important and acclaimed contemporary artists of the Australia/Pacific region. Her project, The World, is an archive of images numbering many thousands, gathered by photographing televised broadcasts off-screen. De Medici describes these images as a ‘basic resource’, which she offers for open-ended interpretation through curatorial intervention.

The idea of a shared authorship between artist and curator is an essential component of a presentation of The World. The World can be exhibited in any number of physical manifestations, determined anew each time by the curator with whom de Medici collaborates.

Vexed Generation designers Adam Thorpe and Joe Hunter became well known in the 1990s for ‘socially responsive’ clothing and accessories, which aimed to improve an individual’s experience of the urban environment. For this exhibition their Vexed Parka, originally produced in 1994 in response to the Criminal Justice Act, is presented in three states – the Vexed Ballistic Nylon Parka, the Vexed Senninbari Parka and the Vexed Reflective Parka – each marking an evolution in their thinking and design practice to 2010.