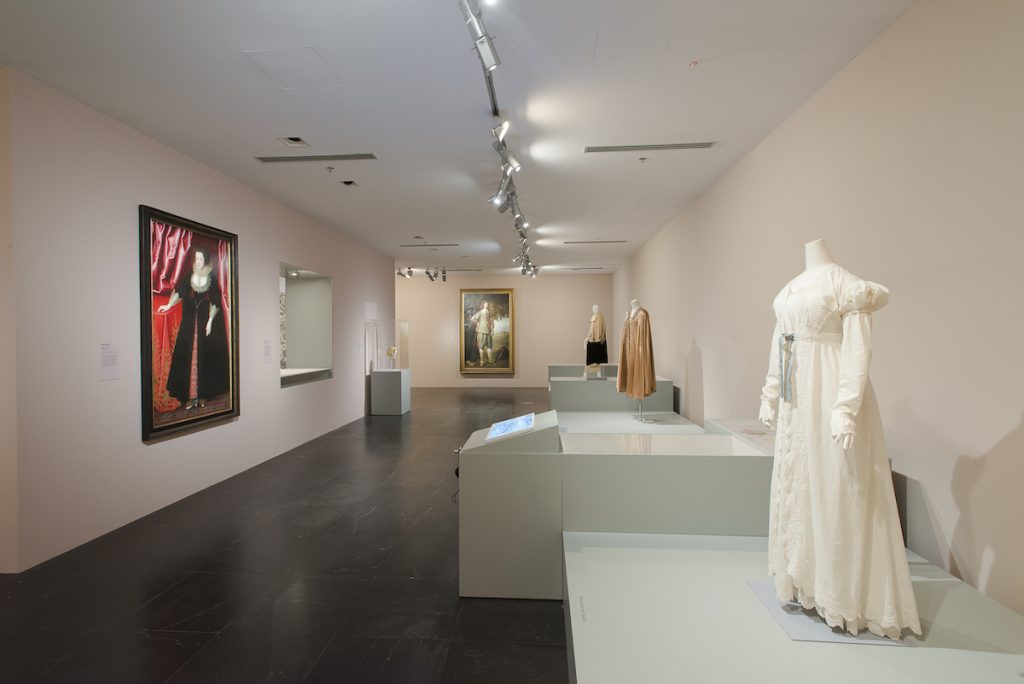 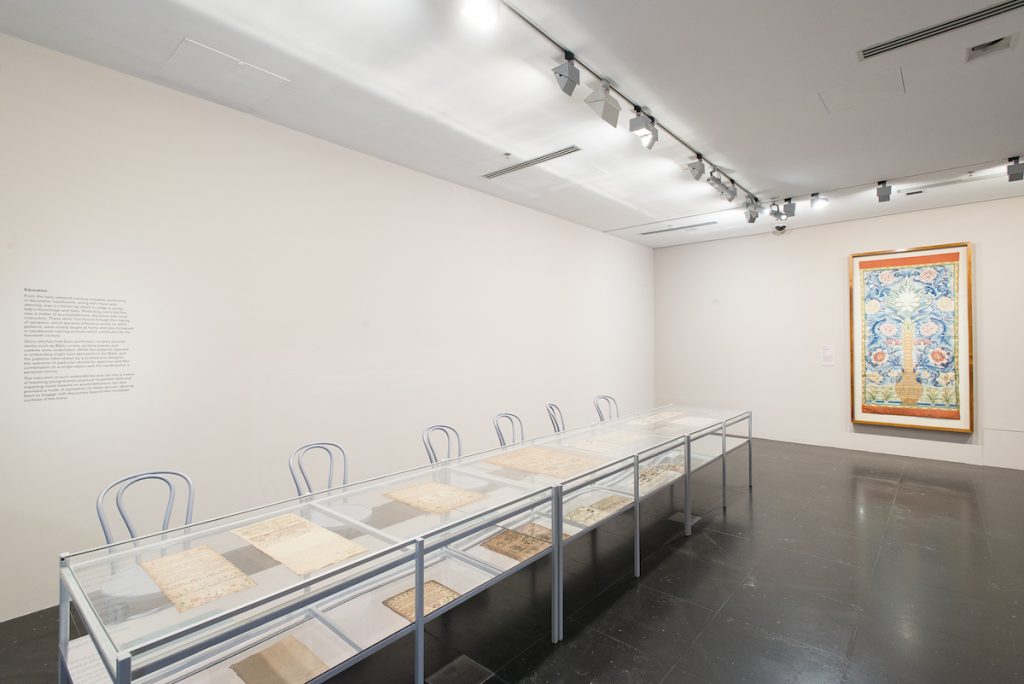 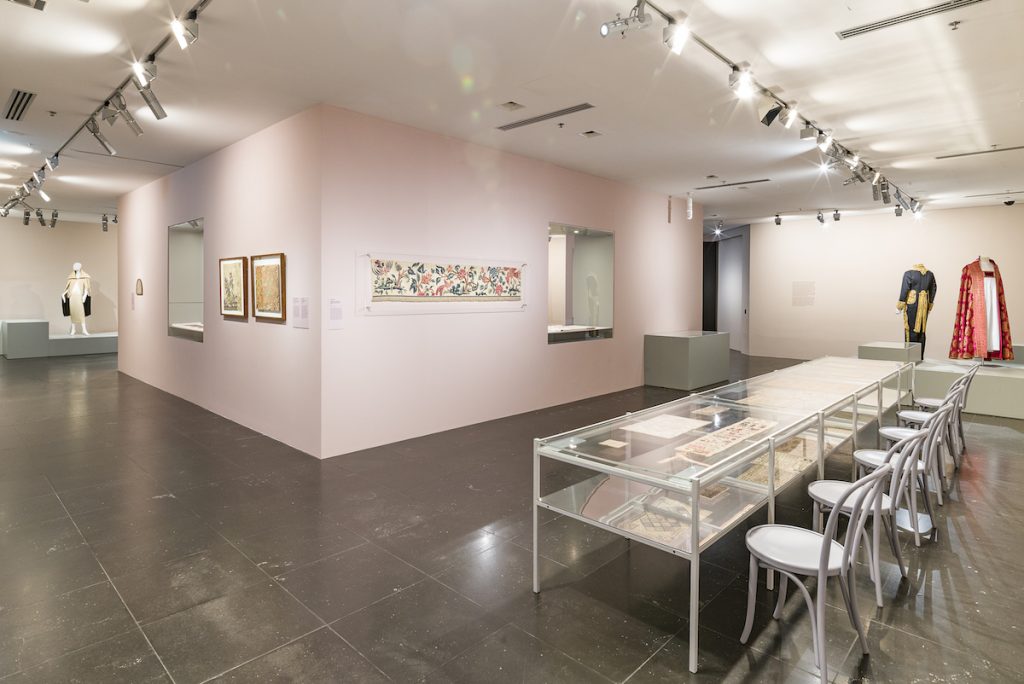 Some of the finest examples of embroidered accessories, garments and objects from the last four centuries of English design will feature in the NGV’s first embroidery-focused exhibition, Exquisite Threads: English Embroidery 1600s-1900s, at NGV International from 2 April.

Showcasing more than 40 intricately detailed pieces drawn from the NGV’s embroidery collection, the largest in Australia, the exhibition will trace embroidery’s central role in English life over this four hundred year period. The exhibition features works created for royalty, pieces from the likes of Liberty of London and design firm Morris & Co and exquisite examples of embroidered writing boxes, purses, gloves, dresses, capes and waistcoats. Outstanding pieces of domestic needlework such as samplers, once used by novices to refine their needlework, hint at the devotion to this once widespread craft.

Some highlights include a wall hanging from the famed British decorative arts manufacturer Morris & Co by Catherine Holliday, who William Morris considered one of the most talented embroiders in Europe; a recently conserved 20th century art deco evening cape; 17th century accessories including a coif, gloves and sweet bag; a pictorial writing box and an 18th century silk apron with botanical motifs.

Another highlight of the exhibition is a design sample for Queen Elizabeth II’s coronation gown of 1953 featuring exquisite craftsmanship and beadwork from Royal British dressmaker Norman Hartnell, designer for Queen Elizabeth, The Queen Mother and Queen Elizabeth II.  The sample features the eight floral emblems of the Commonwealth sewn with beads, wool, silk, crystal, precious metals and mother-of-pearl and shows the flair and aesthetic mastery of embroiderers working in Britain in the mid-twentieth century.

This exhibition explores the role that domestic and professional embroidery played in the development and expression of English visual culture. Embroidery was an important part of the education of young aristocratic women and they were judged on their proficiency as a sign of their erudition and taste. This is highlighted in the exhibition through a group of samplers, pieces of fabric on which women would perfect their stitches or create patterns for later reference. These samplers will be displayed in mirrored cases that reveal the reverse stitching techniques and original dye colours.

“For many centuries English embroidery was esteemed throughout Europe. The NGV is fortunate to have the best collection of English embroidery in Australia, which includes decorative items, accessories and garments that show the high calibre of skill and artistry that embroiderers of the period  became known for.”

Tony Ellwood, Director of the NGV

A variety of complex historical stitch techniques are on display, including tent stitch, French knots and Irish or Florentine stitch. A technical highlight is the distinctive raised embroidery panel featuring King Charles I and his wife Henrietta Maria from the seventeenth century, which will be displayed for the first time in generations.

In England until the seventeenth century there was no sophisticated weaving industry so handmade embroidery was used to create complex patterned textiles for fashion and interiors. Embroidery added an aesthetic dimension to practical items such as cushions, wall hangings and bedroom furnishings, showing a family’s tastes and aspirations. Bed furnishings were a significant expense given their size and the type of textile used varied according to the wealth of the owner. The exhibition includes an intricate coverlet made in Cornwall in the 1700s which features a border of flowers and scrolls, reminiscent of the rococo style which began in France, and phoenix style birds and Chinese trees, which demonstrates the many influences on embroiderers at the time.

NGV conservators have also spent hundreds of hours restoring a 1920s art deco evening cape made of weighted silk, beading and chain-stitched roses. Conservators have strengthened the material for display using miniscule couching stitches to the front of the silk garment. Other conservation insights offered in the exhibition are a 1730s decorative apron which will be analysed through multimedia to reveal the ostentatious gilding and colour of the garment.

To coincide with the exhibition an informative publication has been produced, including technical overview of some of the finest pieces in the exhibition.

Exquisite Threads: English Embroidery will be on display at the NGV International from 2 April 2015 to 12 July 2015. Open 10am-5pm, closed Tuesdays. Free entry.