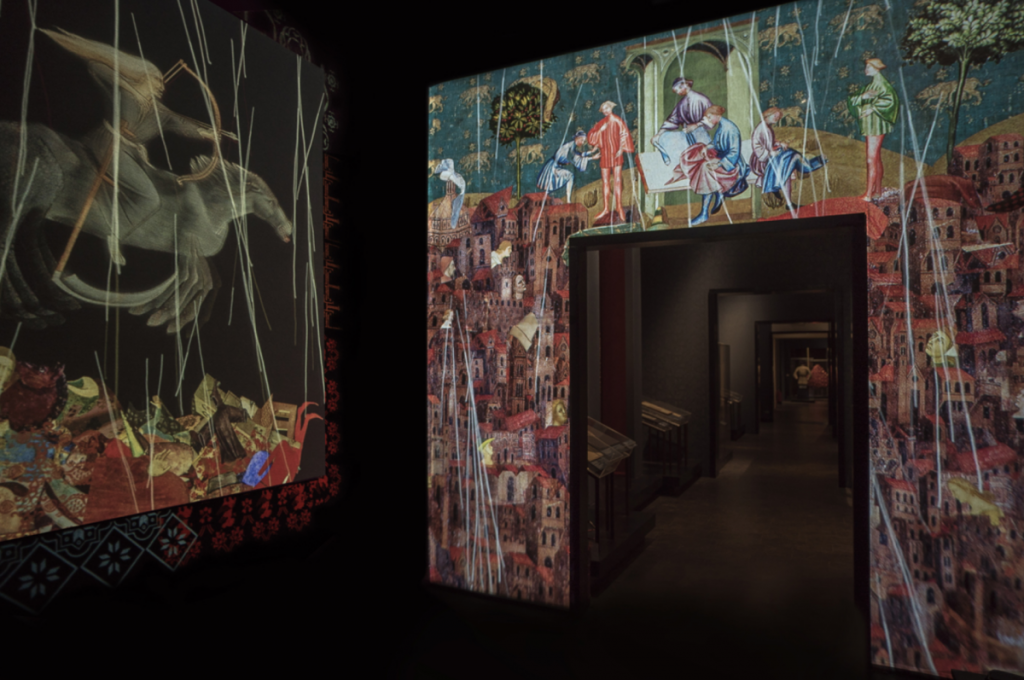 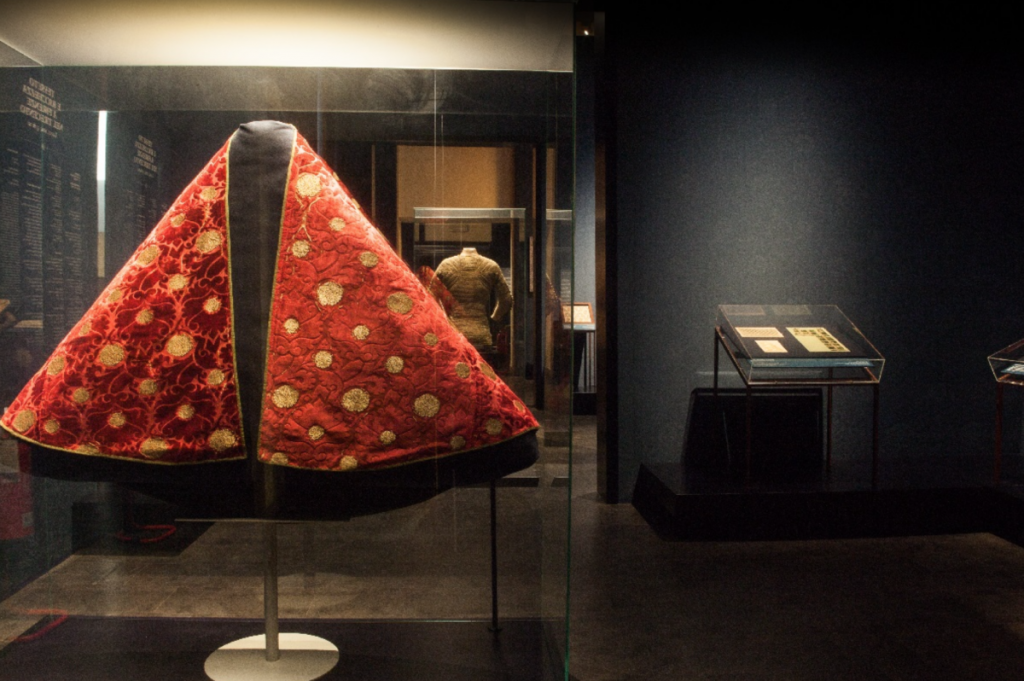 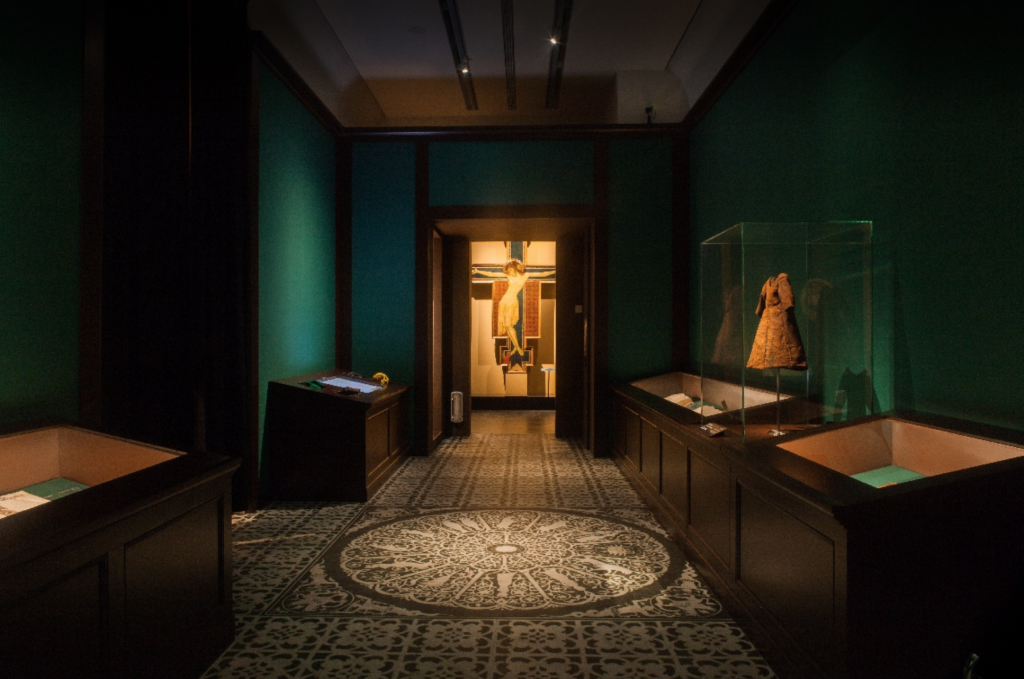 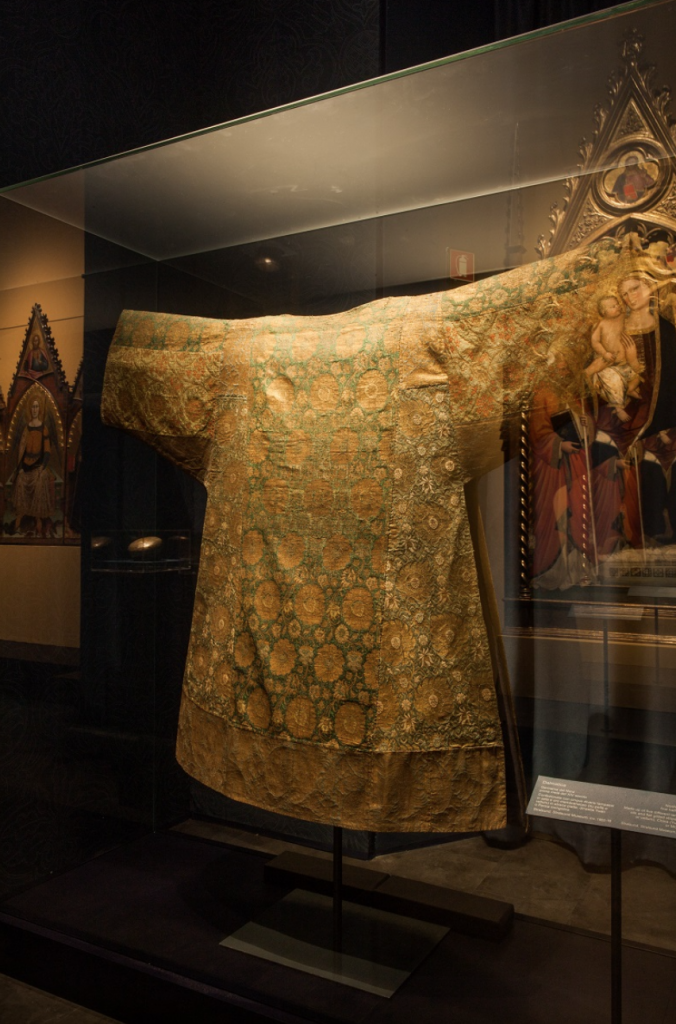 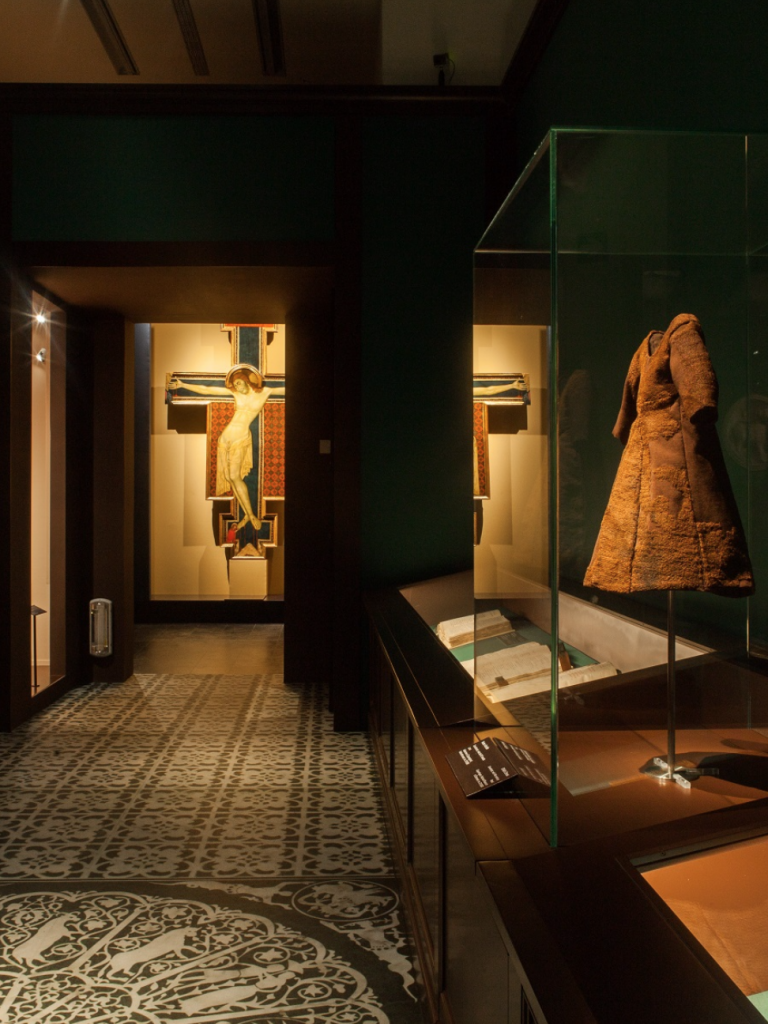 At the Galleria dell’Accademia in Florence, from 5 December to 18 March 2018, the exhibition Textile and wealth is scheduled in Florence in the fourteenth century. Wool, silk, painting. The exhibition, conceived and curated by the director Cecilie Hollberg , focuses on the importance of textile art in Florence in the fourteenth century, from an economic point of view, in the field of artistic production and in the customs of the society of the time.

« I strongly wanted this exhibition », says Cecilie Hollberg, director of the Galleria dell’Accademia in Florence « to offer visitors the opportunity to immerse themselves in fabrics, precious fabrics and sumptuous golden blades that testify to the great artisan and artistic tradition of Florence. Works and artifacts that constitute the deepest roots of fashion which still today has one of the most creative centres in the world in Florence ».

It is precisely in the fourteenth century that a new phenomenon linked to luxury begins to develop: fashion. The quality of the wool and later of the silk of Florentine products reached, despite the very high costs of raw materials and dyes, a level of excellence, such as to establish itself in Europe, in spite of wars, frequent epidemics, as well as financial crises. and social conflicts. Luxurious fabrics were in demand everywhere, from the Middle East to Asia, from Spain to the court of the Holy Roman Empire in Prague, from Sicily to the Baltic Sea. In short, it was a phenomenon of extraordinary geographical diffusion and unparalleled prestige, as well as an enormous source of wealth.

The processing of fabrics soon became the basis of the enormous wealth of the city, which allowed investments of crucial importance not only in the same sector, but also in luxury goods and in the field of architecture and artistic production. The large corporations of the sector, of Wool and Silk, the Art of Calimala and Por Santa Maria, as well as being supporting structures of the economy, become authentic holders of political power and, at the same time, extraordinary patrons of art.

The artisans and painters, in particular, found ample inspiration from the fabrics and fashion of the time, so much so as to “transfer” the luxurious textures of the fabrics into the tables and frescoes kept in the city as can be found in the woven and painted works visible in the exposure.

The exhibition itinerary of the exhibition is chronological and delves into the development and provenance of the artifacts. The first section illustrates the so-called Mediterranean geometries that refer to the Muslim world, followed by Luxury from Mongolian Asia with small plant and animal motifs. The Winged Creatures of Chinese-influenced textile ornaments follow. While the pictorial Inventions, in the following section, evoke with imagination the designs of the precious silks worked by highly skilled weavers. The section dedicated to the Forbidden Luxury takes its cue from the register that from 1343 to 1345 includes the forbidden garments listed in the so-called Prammatica delle vesti . They close the showthe silk velvets that anticipate the developments of fashion in the following century.

Among the most representative works present: a graceful woolen dress loaned by the National Museum of Copenhagen, made in the mid-fourteenth century for a little girl and recovered by archaeologists in Greenland; The Baptism of Christ by Giovanni Baronzio, from the National Gallery in Washington; a Fragment of fabric with phoenixes and vine leaves, from the Textile Museum of Prato; the Pourpoint by Charles de Blois: a silk and gold bodice, coming from the Musée des Tissus in Lyon, which, according to tradition, was worn by Charles de Châtillon, Count of Blois when he was killed during the Hundred Years War. Among the most important paintings on display is the Coronation of the Virgin and four angels by Gherardo di Jacopo, known as Starnina, from the National Gallery of Parma. And again, the great crucifix of the late thirteenth century belonging to the Accademia Gallery – restored for the occasion – which testifies, with the refined decorative motif of the central panel, the richness of the oldest Islamic fabrics, found in some fabrics present in Spain in the middle of the fourteenth century. The exhibition itinerary closes with the sumptuous cope of the Bargello National Museum, which documents the sumptuousness reached by Florence during the fifteenth century, in the field of silk and velvets.

The exhibition on fabrics “reproduced” in fourteenth-century painting is certainly a very complex challenge given the difficulty in finding the original fabrics of the time, but it is, at the same time, one of the most fascinating periods to illustrate. During the fourteenth century, especially after the Black Plague of 1348, what today is fashion was born, full of pomp, luxury and a desire for life that spreads with enormous speed throughout Europe.

The exhibition curated, like the catalog published by Giunti, by Cecilie Hollberg, is promoted by the Ministry of Cultural Heritage and Activities and Tourism with the Galleria dell’Accademia in Florence.