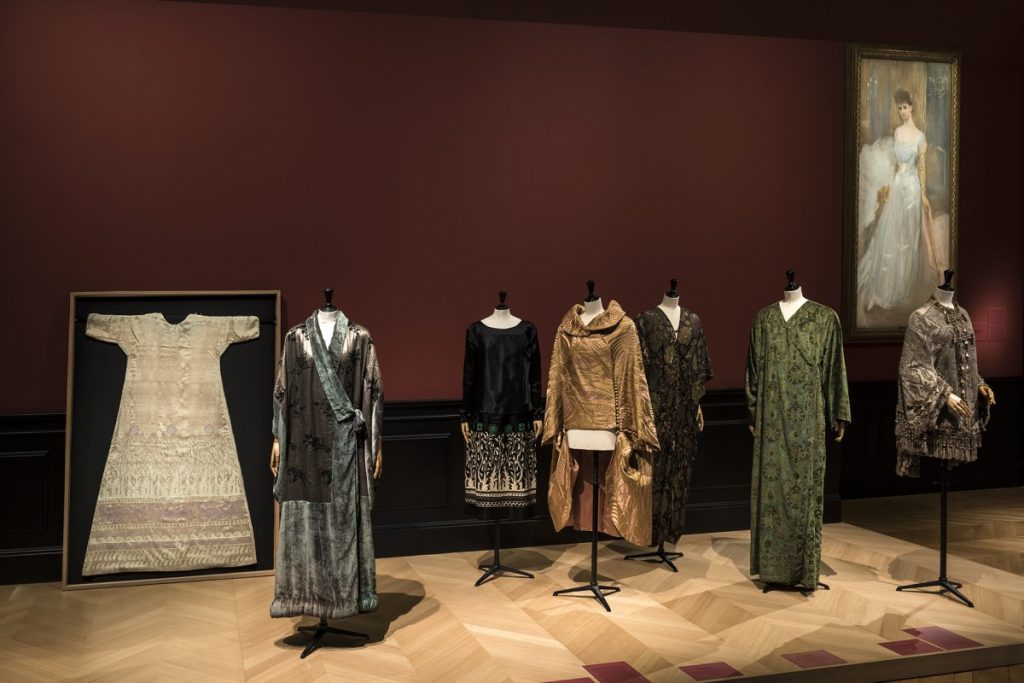 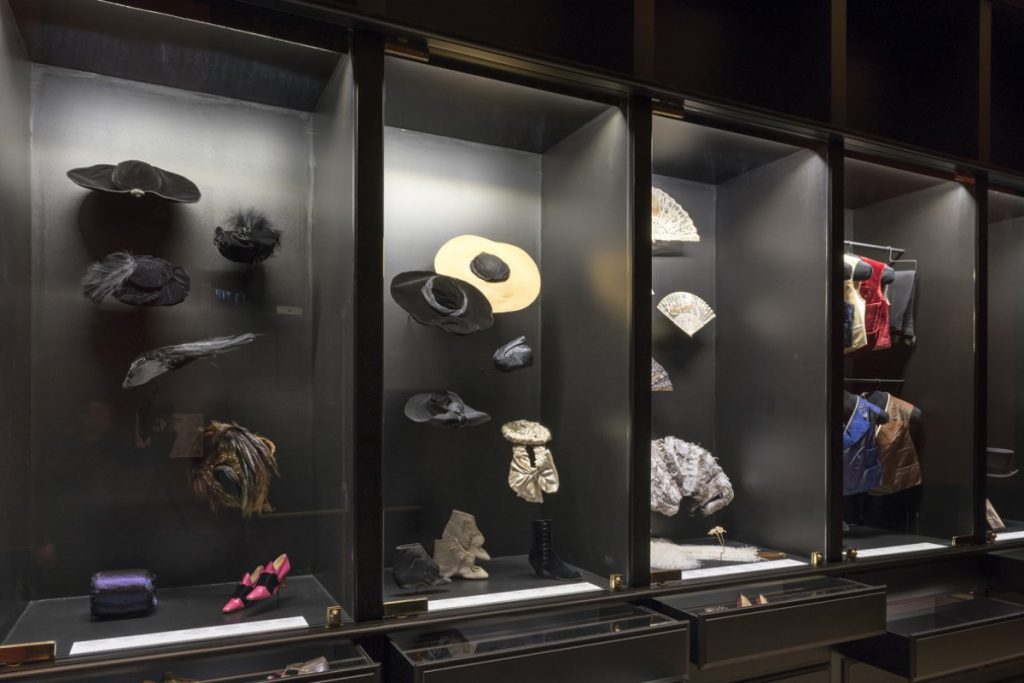 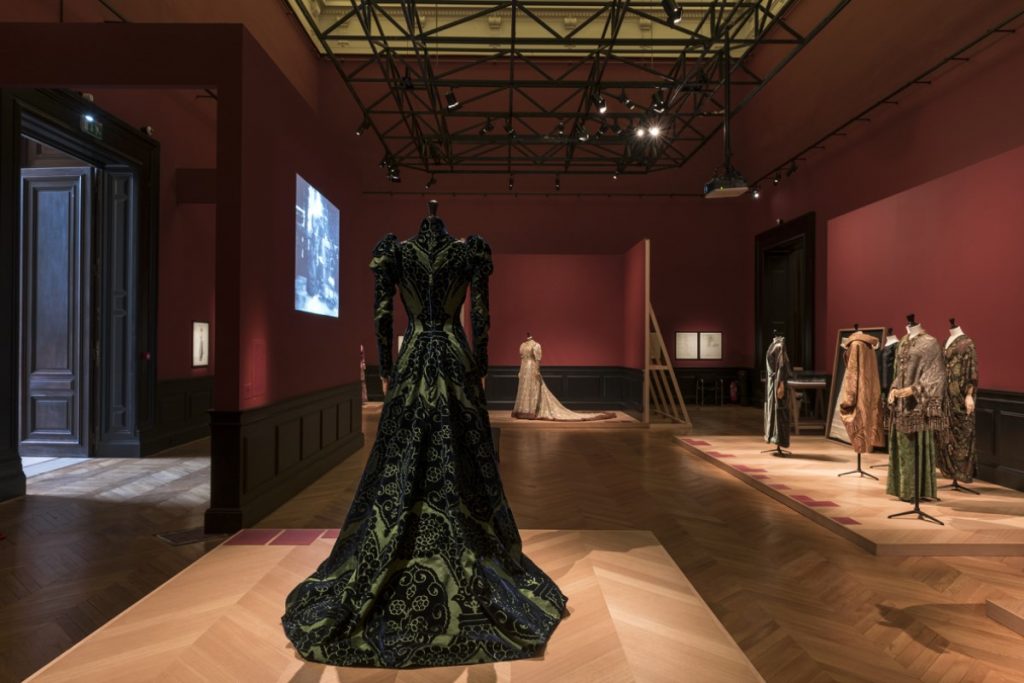 For the first time ever, the Palais Galliera is displaying the fabulous wardrobe of Élisabeth, Countess Greffulhe, née Élisabeth de Caraman-Chimay (1860-1952). She was the cousin of French dandy and poet Robert de Montesquiou and was immortalised for posterity by Marcel Proust as the Duchess of Guermantes in the famous novel In Search of Lost Time. Proust wrote to Montesquiou : ‘There is no single part of her to be found in any other woman, or anywhere else for that matter. The entire mystery of her beauty is in the glow, above all in the enigma of her eyes. I have never seen a woman as beautiful as she.’

The divine Comtesse was born at the end of the Second Empire, saw two Republics and two world wars. She lived through the Belle Époque and the Roaring Twenties, and was the acknowledged leader of Paris Society (le Tout-Paris) for half a century. She became particularly influential after her marriage to the extremely wealthy Count Henry Greffulhe. The most beautiful woman in Paris – to behold and to hear speak – held a salon in her Paris townhouse in the Rue d’Astorg, and also received guests at the Château de Bois-Boudran and her villa in Dieppe. She was an early adept of ‘fundraising’. As founding president of the Société des Grandes Auditions Musicales, she turned charity work into public relations. With tremendous practical acumen, she raised funds and produced and promoted operas and shows, which included Wagner’s Tristan and Isolde and Twilight of the Gods, Diaghilev’s Ballets Russes, and Isadora Duncan. In addition to this, she was a political animal – a fierce supporter, for example, of Captain Dreyfus, Leon Blum, and the Popular Front’. She was also a passionate sponsor of science: she helped Marie Curie to finance the Institute of Radium, and Edouard Branly pursue his research into wireless telegraphy.

Countess Greffulhe was the epitome of elegance, with glorious outfits to match. Her public appearances were highly theatrical, with a sense of their being rare, fleeting and incomparably fascinating, in a cloud of tulle, gauze, chiffon and feathers, or in her kimono jackets, her velvet coats, with her oriental patterns, her shades of gold and silver, pink and green. The outfits were carefully chosen to emphasise her slim waist and her slender figure.

On display at the Palais Galliera there are some fifty models bearing the labels of grands couturiers such as Worth, Fortuny, Babani, and Lanvin. There are coats, indoor clothes, day dresses, evening dresses, and also accessories, portraits, photographs and films. Every item is an invitation to go ‘in search of lost fashion’ and to become acquainted with this great figure of Paris Society, whose image was inescapably bound up with her wardrobe.

This exhibition is be presented at the Museum at FIT in New York in fall 2016.