Fashions of the Forties: From World War II to the New Look 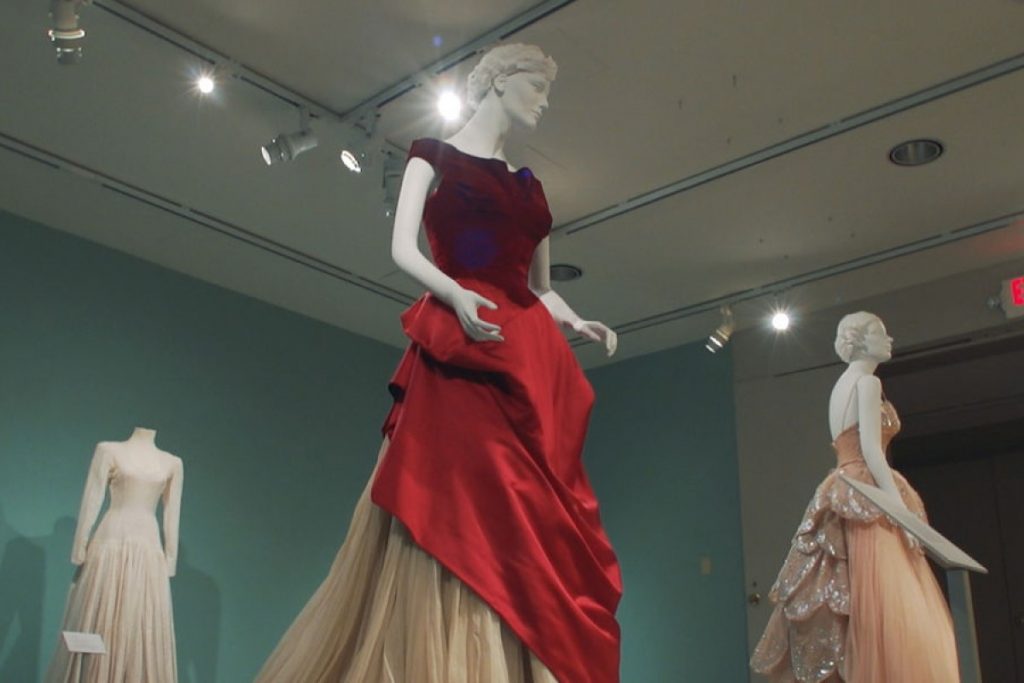 The 1940s was a tumultuous period in history and the fashions of the time reflected the upheaval. World War II led to restrictions on what Americans and Europeans could wear because of rationing for civilian populations and uniforms for those who enlisted. The end of the war brought new freedoms. Christian Dior’s groundbreaking 1947 collection was known as the ‘New Look’ which came to refer more generally to the fuller skirts and hourglass silhouettes that predicted the styles of the 1950s.

The 1940s represented the moment when American designers first began to break free of rigidly following European fashion. Among the innovative American designers and name brands in the exhibition are Adrian, Hattie Carnegie, Sophie Gimbel, Charles James, Claire McCardell, and Valentina. This exhibition showcases a variety of different looks that typified the whole span of the 1940s including uniforms, suits, underwear, outerwear, swimwear, and even glamorous evening dresses.

Videos featuring a virtual tour of the exhibition are available on the Museum’s YouTube channel.