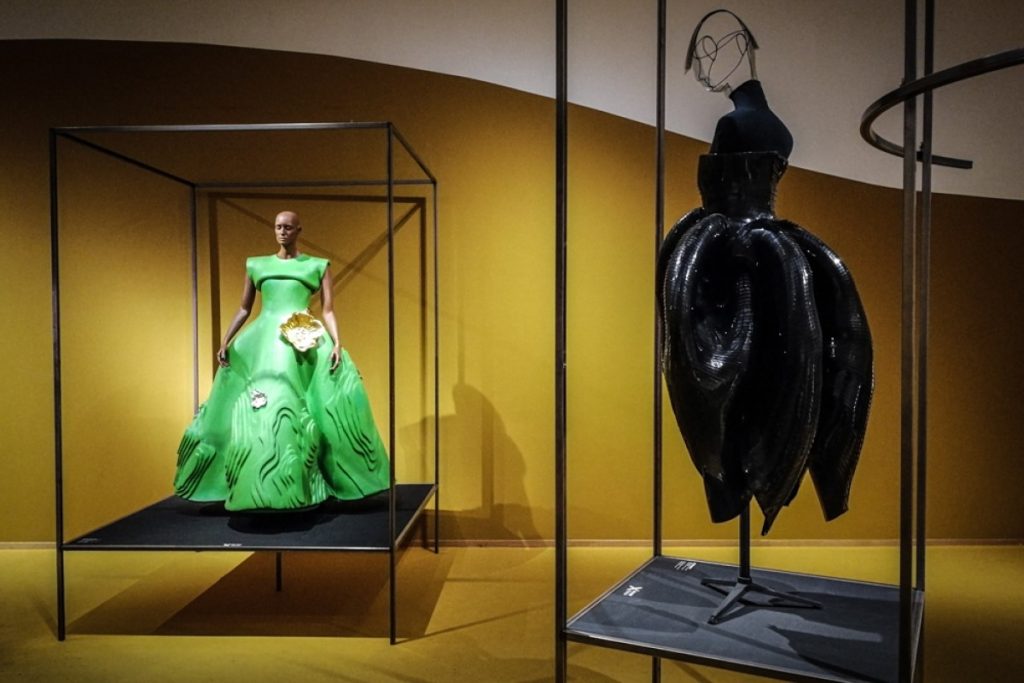 The first female fashion designers had to hold their own in a man’s world. How different things are today. Never before have so many fashion houses been run by a female designer, some of whom are very vocal about their views on women’s rights and politics. The time is therefore ripe for the first ever fashion exhibition in history devoted exclusively to female designers. Femmes Fatales – Strong Women in Fashion will feature the work of a range of famous Dutch and international names, including Coco Chanel, Vivienne Westwood, Miuccia Prada, Maria Grazia Chiuri (Dior), Sarah Burton for Alexander McQueen, Clare Waight Keller (Givenchy), Stella McCartney, Iris van Herpen and Fong Leng. Gemeentemuseum Den Haag has also opted for sensational photography and a striking model – Eveline Hall, a woman of very strong charisma. She first set foot on the catwalk as a classic model at the age of 65, and has subsequently gone on to model for a host of famous photographers.

Many fashion houses originally established by men are now being run by strong women. ‘Just think of Maria Grazia Chiuri at Dior, Sarah Burton for Alexander McQueen and, until recently, Phoebe Philo for Céline’, says fashion curator Madelief Hohé. ‘It got me thinking. Do they work differently? How influential is their work? And does being a woman have an impact on their designs? The exhibition will include designs from the eighteenth century, when women were seen merely as seamstresses, subordinate to male tailors. We will also be showing creations by top female designers over the years, arranged by theme, from modern and chic to activist, and from diva to boss woman.’ Femmes Fatales – Strong Women in Fashion will feature work by an impressive list of Dutch and international female designers. It will also highlight women who had a far-reaching influence behind the scenes at many fashion houses.

Strong, striking women are also an increasingly frequent feature of the catwalk and in advertising campaigns They are real personalities, these strong women. In recognition of this fact, the Gemeentemuseum has chosen to work with a classic model for this exhibition. Eveline Hall, who is now in her seventies, can rightly be called a ‘strong woman’. She was discovered as a model at the age of 65, has done catwalk shows for the likes of Jean Paul Gaultier, and has worked all over the world with famous photographers like Peter Lindbergh. She is dazzling on the posters and photographs for Femmes Fatales, including in a 3D-printed creation by Iris van Herpen. ‘A fantastic design, I would love to wear it on the catwalk!’ says Hall. ‘It was so special to be able to work on this photoshoot with the female photographers Petrovsky & Ramone, and I’m really looking forward to the exhibition. Not only because there will be lots of beautiful things to see, but also because it is such an important subject. We women always have to prove ourselves, do more than men. It’s the same in the fashion world. I think as women we always have to fight for equality. I’m someone who makes a very strong impression, and that is the strength you have to use as a woman. However old you are, show people your power. Radiate strength. It’s more important than ever nowadays!’

A catalogue full of interviews and quotes from well-known female fashion designers has been compiled with the help of fashion journalist Georgette Koning. The designers explain their vision of fashion and femininity in their own words. The publication also features the complete series of photographs by Petrovsky & Ramone, as well as other images. It has been designed by Roosje Klap and is published by Waanders & de Kunst, price €24.95.

The exhibition will later move to Modemuseum Hasselt (Belgium), where it will be on display from 13 April to 15 September 2019 under the title Wonder Women – Strong Women in Fashion.

This show also travelled to Peabody Essex Museum, MA, USA, under the title Made It | The Women Who Revolutionized Fashion in 2020