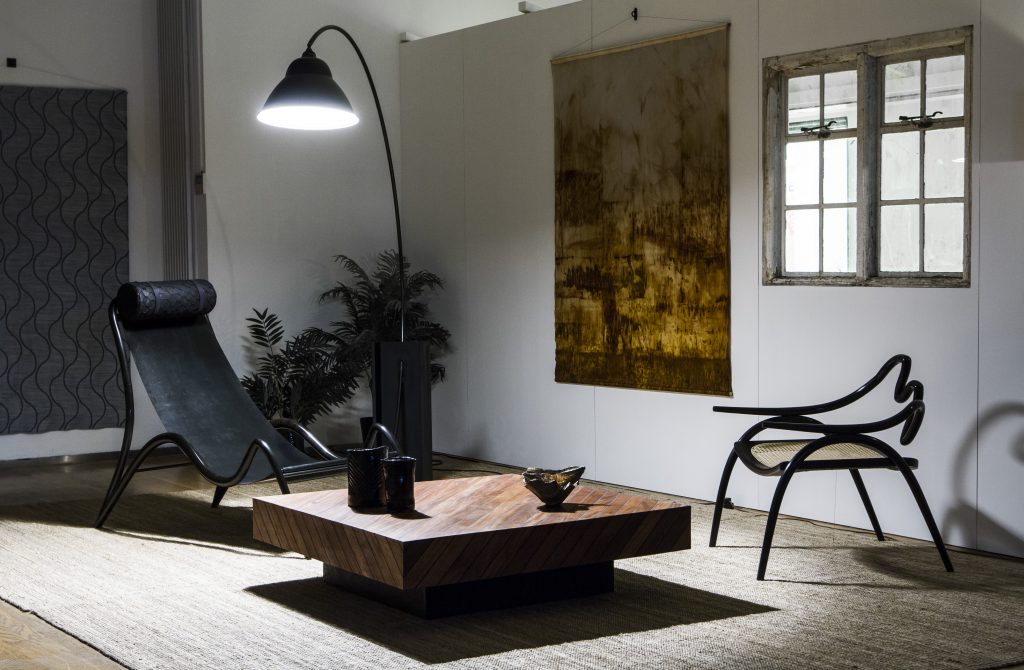 Fordlandia was built in the wilderness of the Amazon by American industrialist Henry Ford in the late 1920’s to secure a supply of rubber for his car empire.

Ford set out to create his ideal American plantation complete with rows of houses, straight roads, schools and hospitals for his workers. A strict nine to five work schedule, uniforms and leisure activities such as regular square dances were enforced on the indigenous workers. However, these attempts to organise and tame the rainforest soon began to show cracks. As early as 1930, his labourers staged the first of many revolts against the strict behavioural controls imposed. Ford’s attempts to outwit the rubber tree’s natural predators also did not go as well as planned. Ultimately, Fordlandia was sold back to the Brazilian government in 1945 and left to decay.

Inspired by the tropical ghost town, this project by Studio Swine imagined a world where Fordlandia is a success, where nature and industry have entered a symbiotic relationship to create – sustainably and beautifully.

The project featured a collection of furniture and products which use natural rubber and other materials from the forest and reference the Brazilian tropical modernist movement.

Studio Swine were kindly supported by the British Council to travel to Brazil on a Winston Churchill Travel Fellowship in the Design category.

An especially commissioned film that charts Studio Swine’s research process – from visiting Ebonite factories to the abandoned town in the Brazilian rainforest itself – was shown in the space. Together the pieces will create an imagined domestic environment in the gallery.

The project was commissioned and curated by Ligaya Salazar.