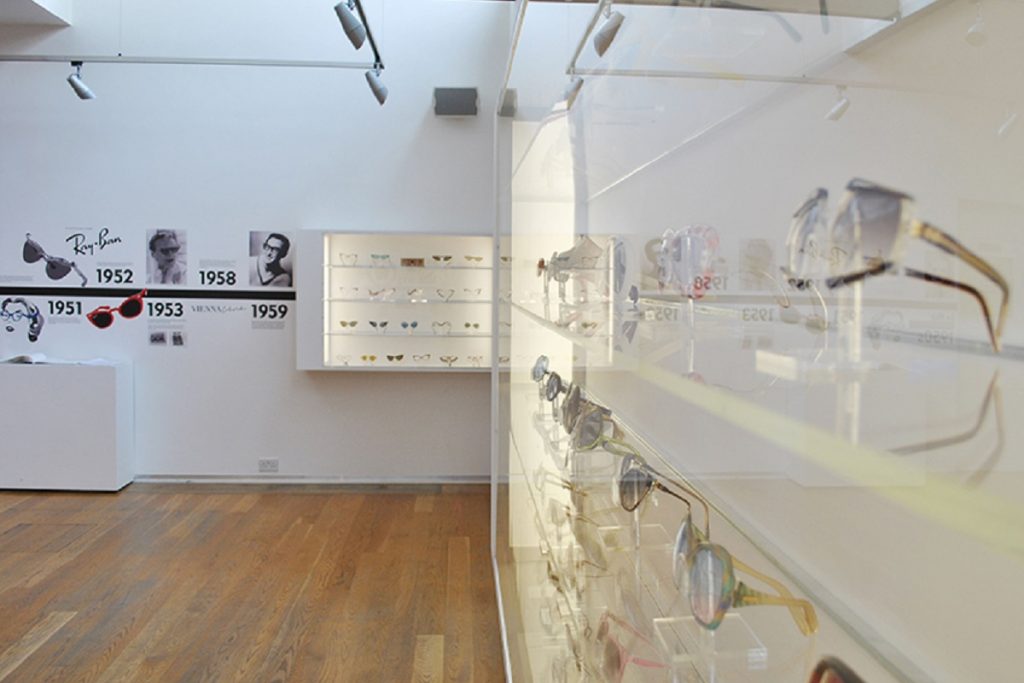 Framed! Contemporary Eyewear in Fashion explored the cultural significance of contemporary eyewear and celebrated the rise and rise of fashion’s ultimate luxury accessory. The exhibition charted eyewear’s historical development from the mid-twentieth century until the present day; its role in fashion and popular culture was explored via the use of iconic archival objects and imagery.

Studio Swine’s Hair Glasses, part of its collection of sustainable and biodegradable eyewear utilising human hair, was also on show, alongside a prototype from SPIT Design, a collective of industrial designers and engineers from the RCA. Their experimental design process has created a new form of pulse manufacturing called ZEUS.

Fashion Space Gallery wishes to extend a special thanks to the following people: