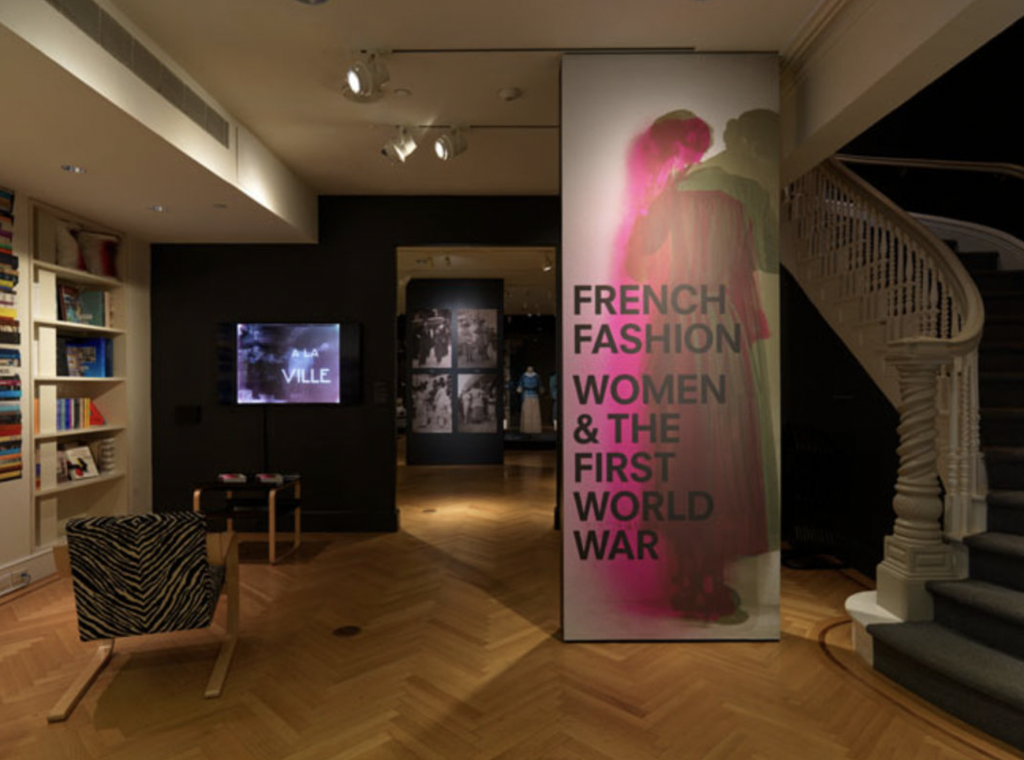 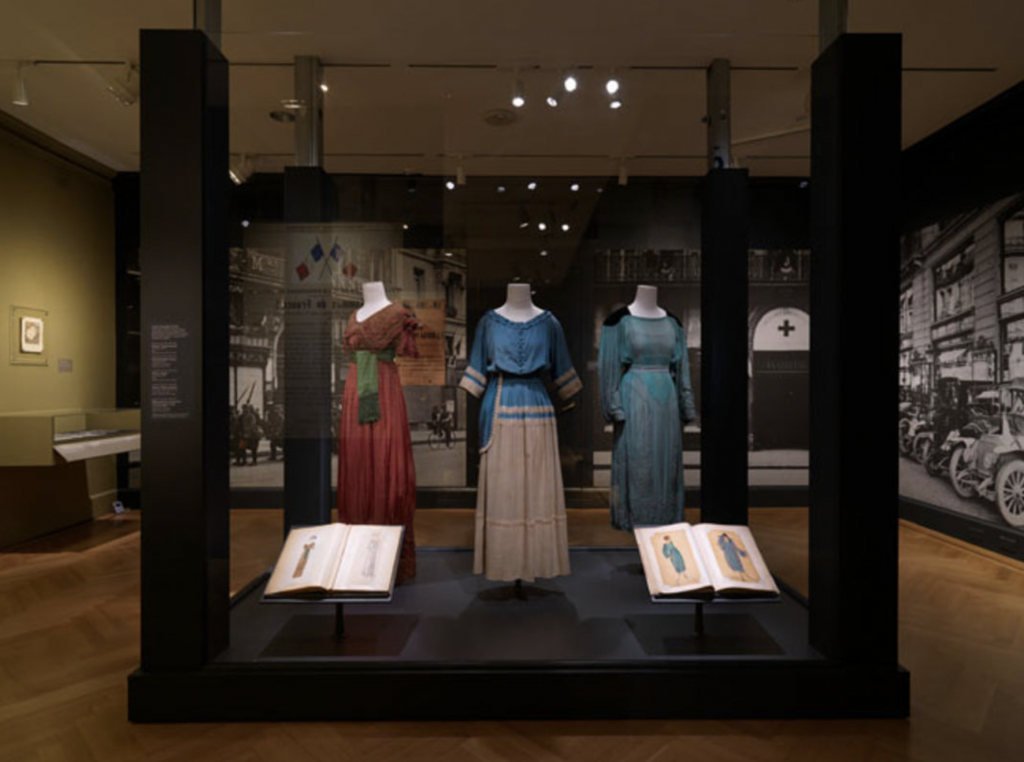 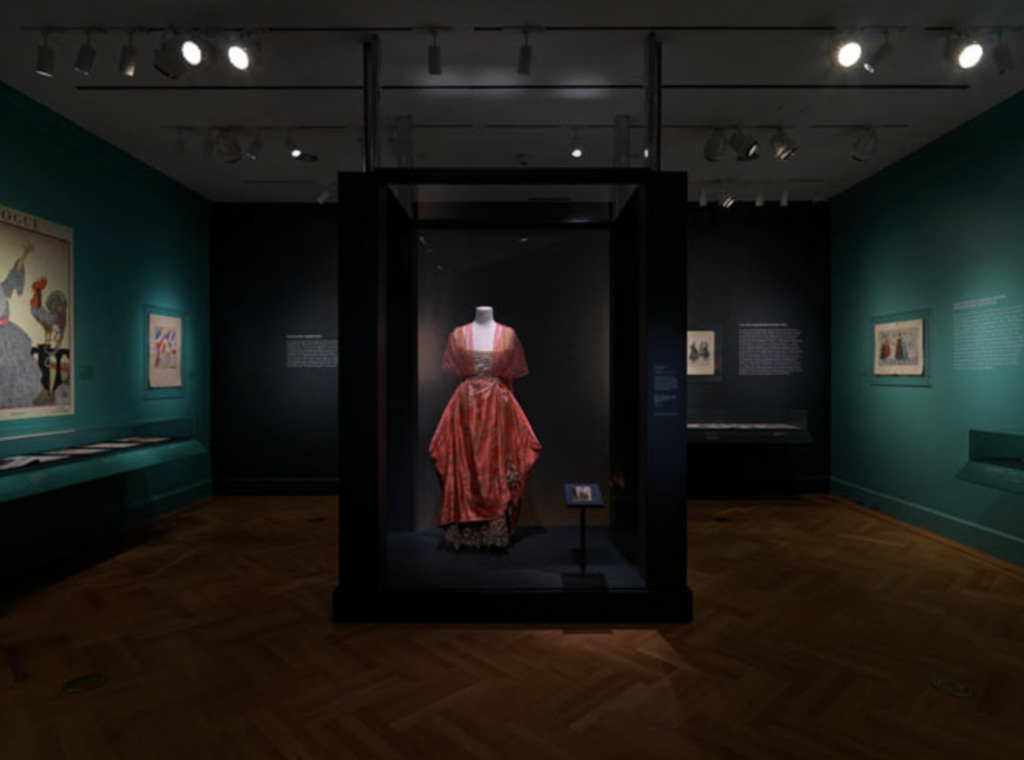 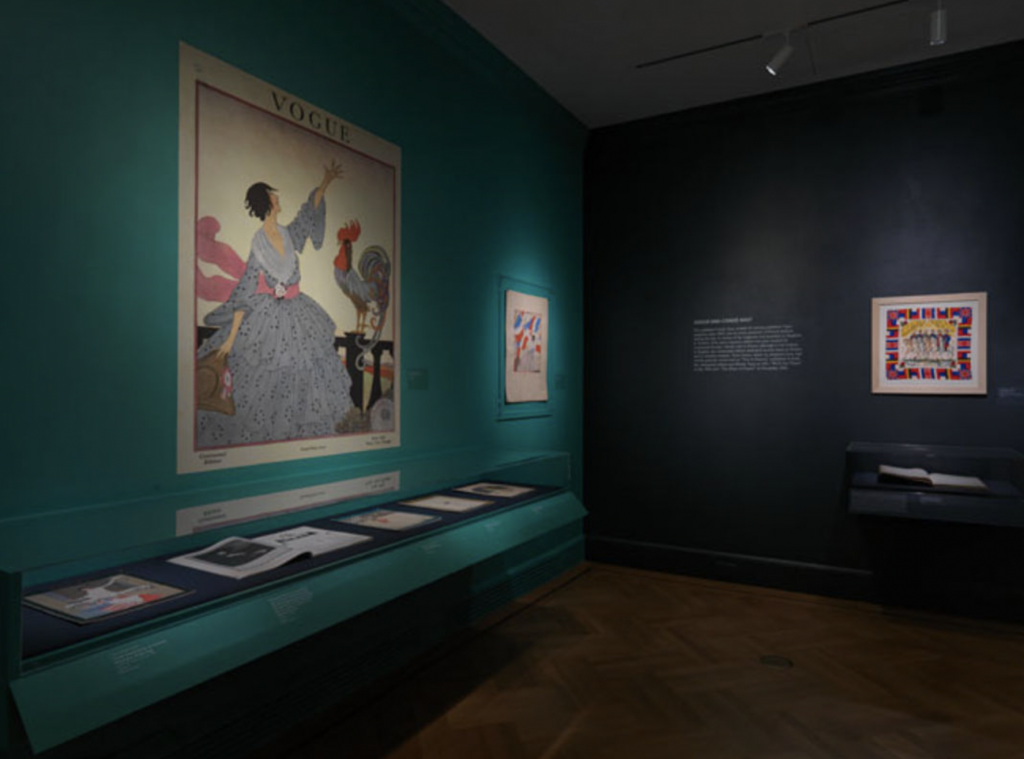 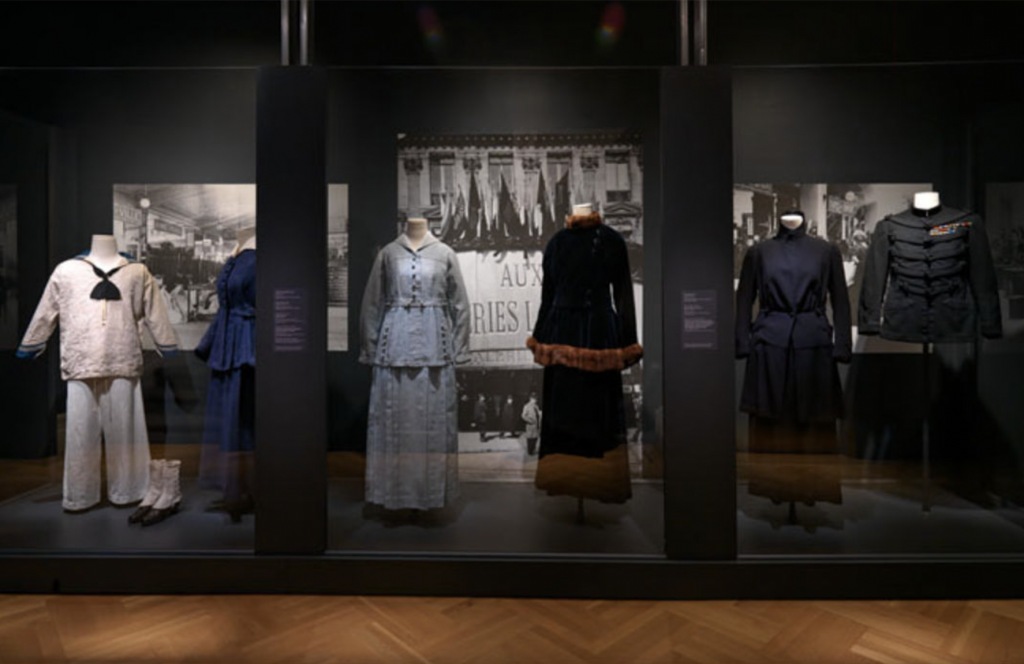 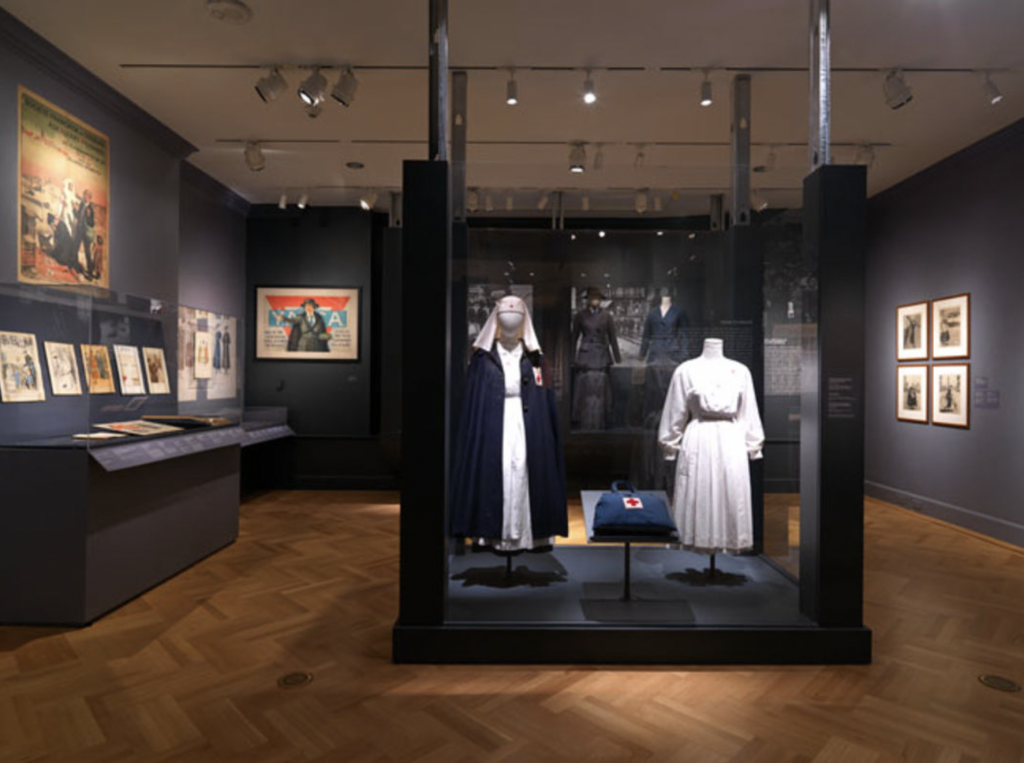 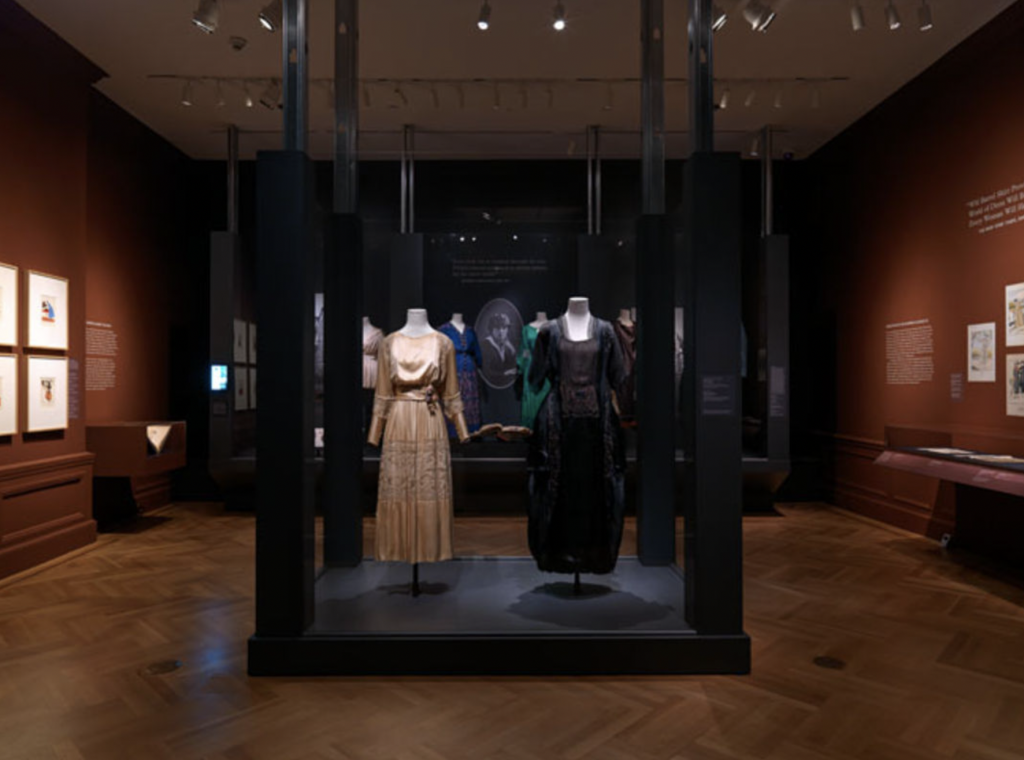 In moments of great upheaval—such as in France during the First World War—fashion becomes more than a means of personal expression.

As women throughout the country mobilized in support of the war effort, discussions about women’s fashion bore the symbolic weight of an entire society’s hopes and fears. This exhibition represents an unprecedented examination of the dynamic relationship between fashion, war, and gender politics in France during World War I.
Garments by Coco Chanel and Jeanne Lanvin, two of many French women leading fashion houses during World War I, will be displayed in the United States for the first time. The clothing and ephemera on view reveal wartime as a transitional period for fashion and women’s emancipation. Skirt suits, nurses’ and ambulance attendants’ uniforms, mourning dresses and muffs, chic “military style” hats, and clothing worn by remplaçantes, women who took on a variety of jobs previously occupied by men, demonstrate how French women of all social classes dressed themselves and why.

Postcards, posters, caricatures, and fashion magazines highlight the tension between fashionable dress, traditional gender norms, and wartime imperatives. This discussion is framed by a larger examination of French fashion industry and the marketing and propaganda efforts undertaken by the French government, press, and designers to keep the fashion industry alive during the war.