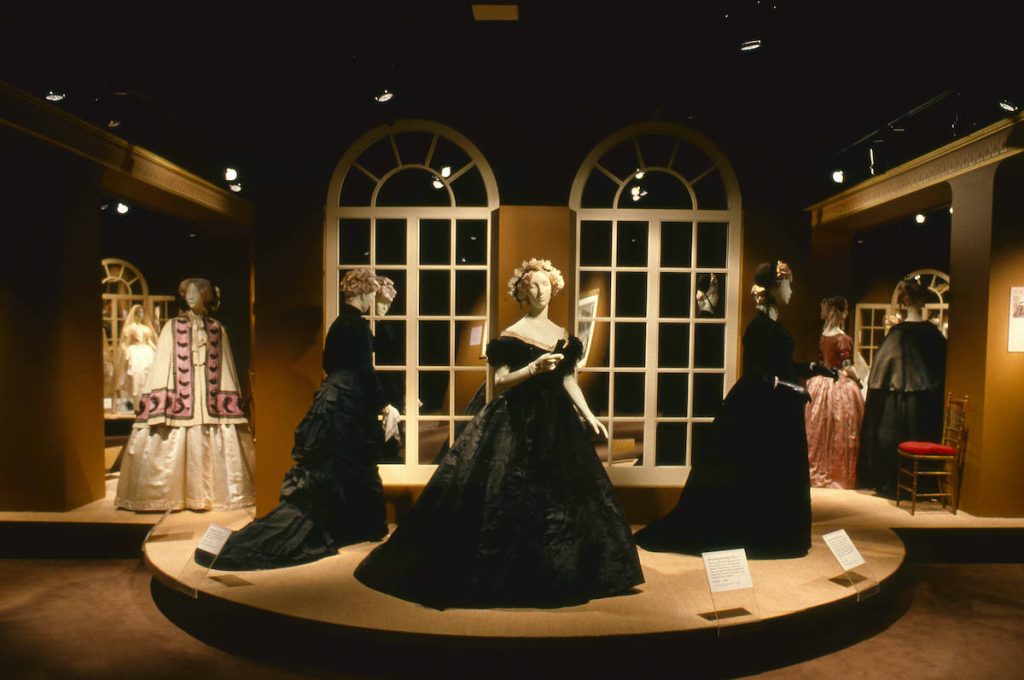 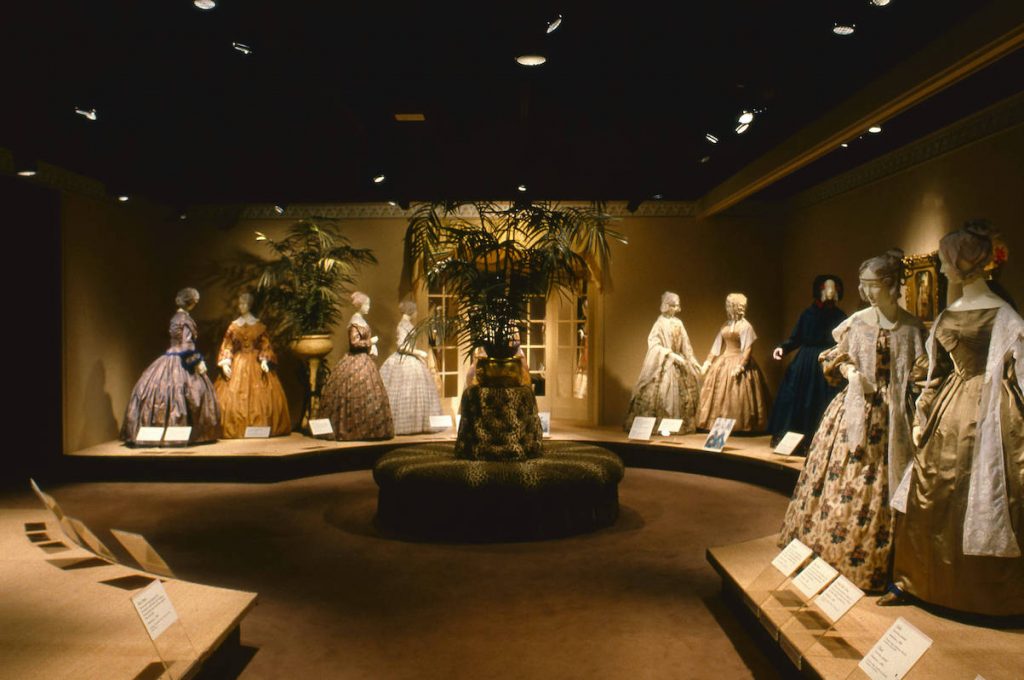 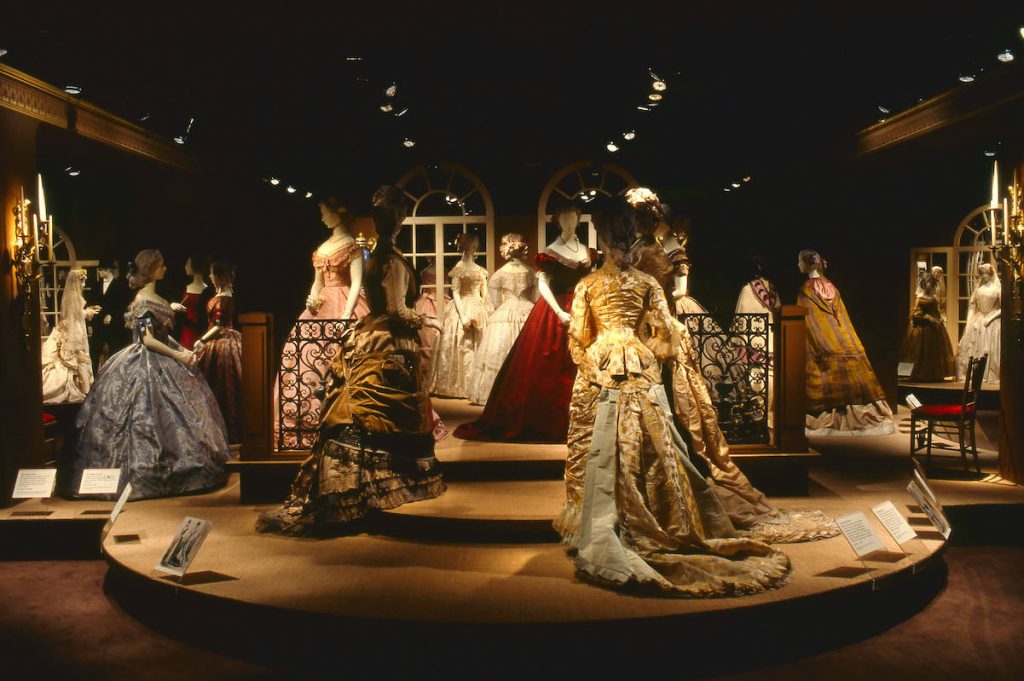 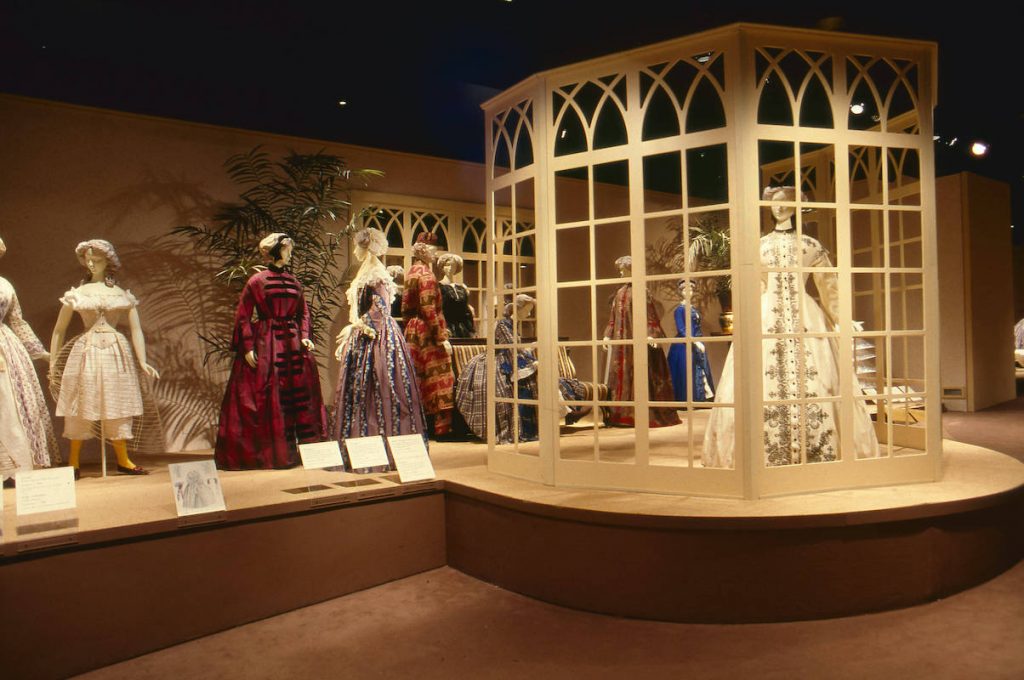 This exhibition looks at fashionable dress worn in England and Amer­ica during the first forty years of Queen Victoria’s reign, from when she became Queen to the celebrations proclaiming her Empress in India. It was a particularly rich period in costume history. The magnificent examples shown here belonged to the upper and upper-middle classes. A fashionable trousseau was advertised in England at £100, yet only 12% of the population earned more than that in a year. Nevertheless, fashion had some influence on the dress of all but the very poorest. The aspiring middle classes closely copied all aspects of artistocratic behaviour. An increasing number of magazines became available offering extensive advise on correct etiquette, including the niceties of proper dress for each and every occasion.