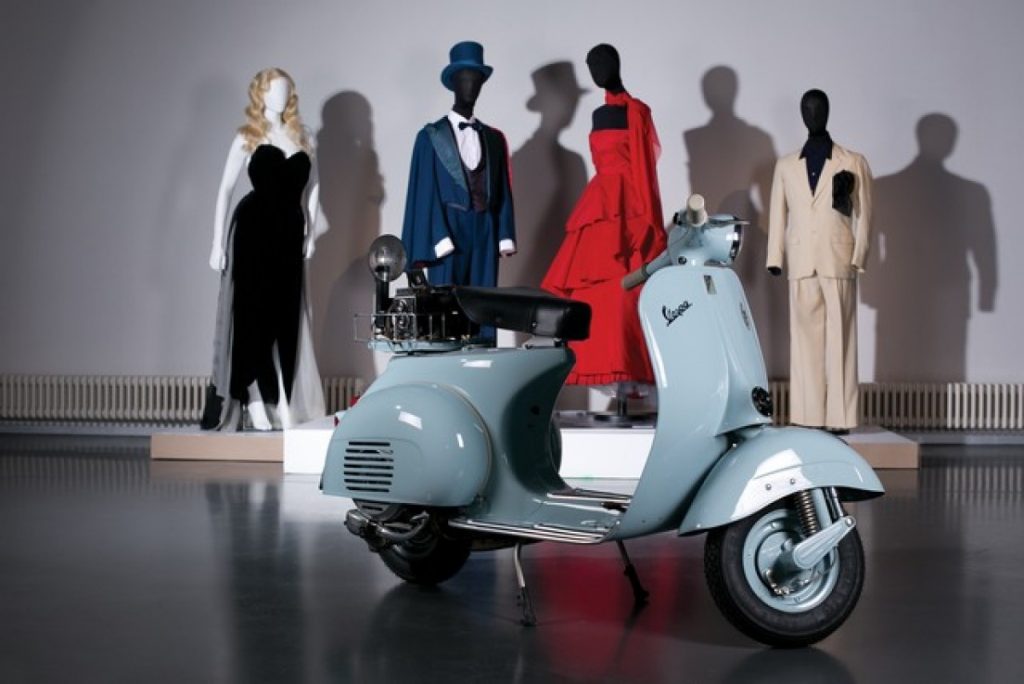 The costume designer Danilo Donati “earned” his second Oscar for interpreting the famous Casanova’s memoirs. After “Ginger and Fred” filmed by Fellini in 1986 he received The David di Donatello Award and Silver Ribbon for Best Costumes. Piero Gherardi, who designed costumes for the scandalous and legendary “Dolce Vita” won the Oscar too.

The same story happened to “8 ½” three years later. Then “The Road” inspired Dolce&Gabbana to create a whole new men collection. Quite strong influence can be seen in collections of Moschino, Jean Paul Gaultier and other world-known fashion houses. The triumphant list can be continued: the aesthetics and style of Fellini’s films just as his outrageous director’s solutions left a huge imprint in the world’s culture.

The exhibition features over 50 film costumes: Anita Ekberg’s dress from the famous fountain episode, the baroque attire of “Casanova” and Italian gloss of “The Road”. But not only costumes: backstage photographs, film posters, video interviews, cameras, furniture and even red vintage motorcycle Harley-Davidson — all you need to feel the atmosphere of the Glorious World of Fellini. The unique exhibition is dedicated to all those in love with Italian beauty — bright, rich, and life loving.