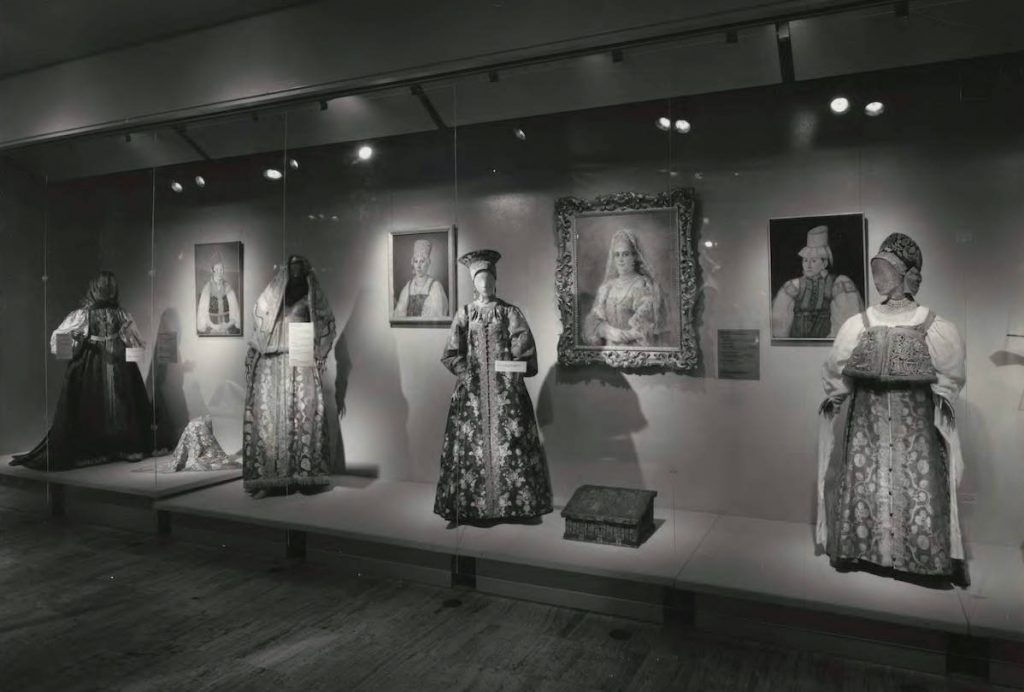 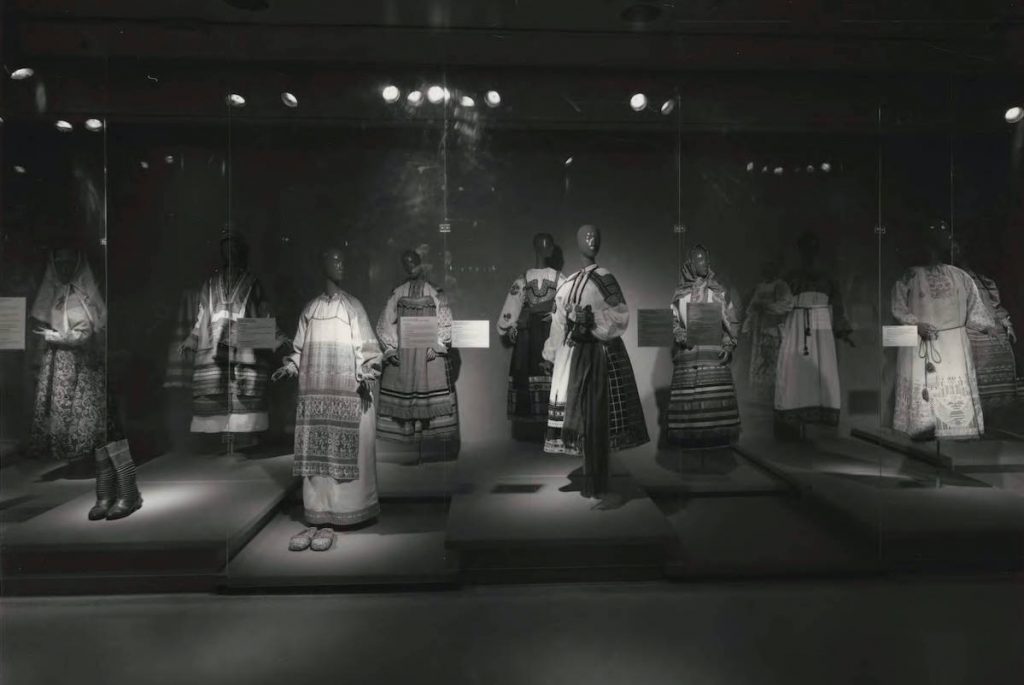 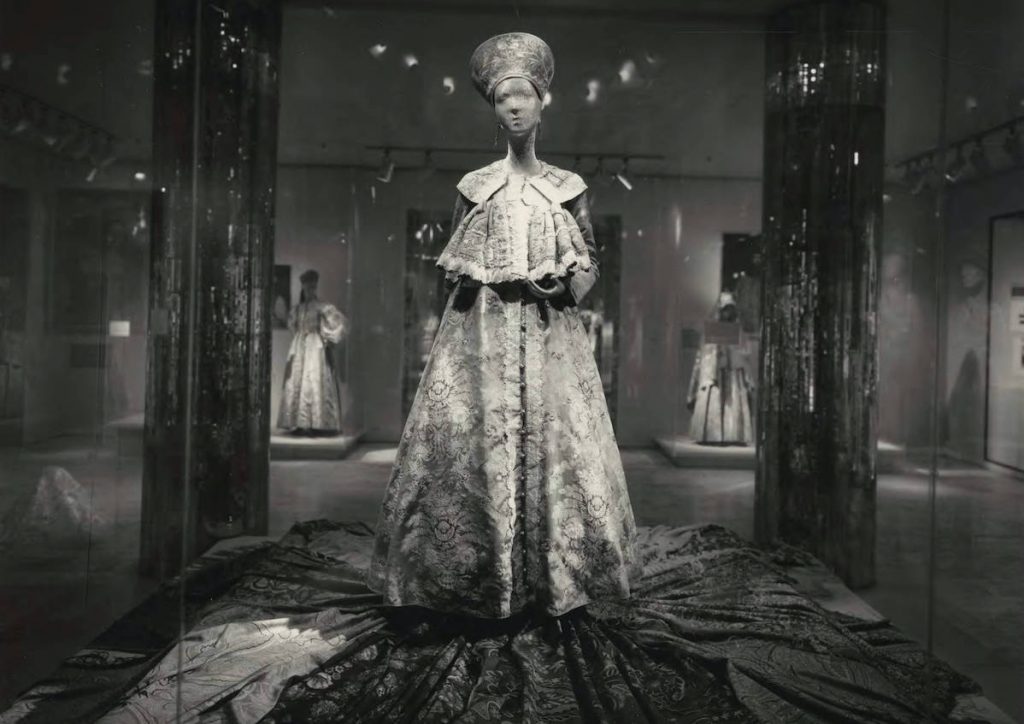 An unprecedented exhibition of historic Russian clothes that have never before been shown outside the Soviet Union, The Glory of Russian Costume includes over 100 ensembles (urban, court and peasant) and many accessories representing 200 years of Russian history from 1700 to 1900, and a remarkable group of archaeological artifacts of clothing fragments and jewelry from the 11th and 12th centuries.

Among the superb selection of costume that belonged to some of Russia’s most illustrious historical figures are six garments of Peter the Great; the royal sleigh and red and gold embroidered sleigh blanket of Peter’s daughter, the Empress Elizabeth; the silver and jeweled wedding dress of her successor, Catherine the Great; the military uniform of the great Russian General, Souvorov.

This exhibition, made possible by a grant from SCM Corporation, was selected and organized by Diana Vreeland, Special Consultant to the Museum’s Costume Institute, with the assistance of the Costume Institute staff headed by Curator Stella Blum. It is the latest in a series of five-part exchanges of treasures between the museums of the U.S.S.R. and the Metropolitan Museum.