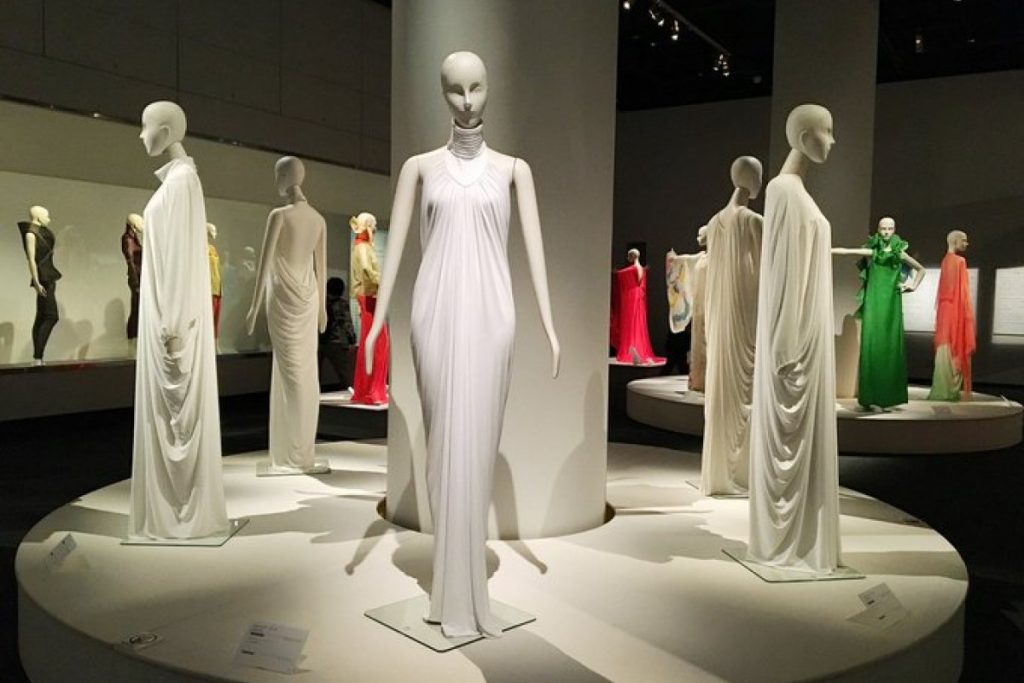 Gunyuki Torimaru is a legendary top designer who has had a great impact on the British haute couture world. The work was created from the technique of creating flowing and elegant folds (drape) and the original cutting of cloth, and Torimaru has been called “the magician of drape” and “the silk sculptor”. It is also known to have worked on costumes for many celebrities such as former Crown Princess Diana of the British royal family, Queen Silvia of Sweden, and popular talent Tetsuko Kuroyanagi in Japan. Born in Miyazaki Prefecture in 1937. In 1959, he flew from Kobe to the world and worked as an assistant designer for world-famous designer Pierre Cardin in Paris. Then, he presents his work in a simple and sophisticated original style and wins international acclaim. In this exhibition, about 80 works such as design drawings will be introduced in one place, focusing on representative works that make full use of pleats and drapes. It has been 60 years since he moved to the UK from Kobe. It will be a valuable opportunity to see the history of Torimaru.