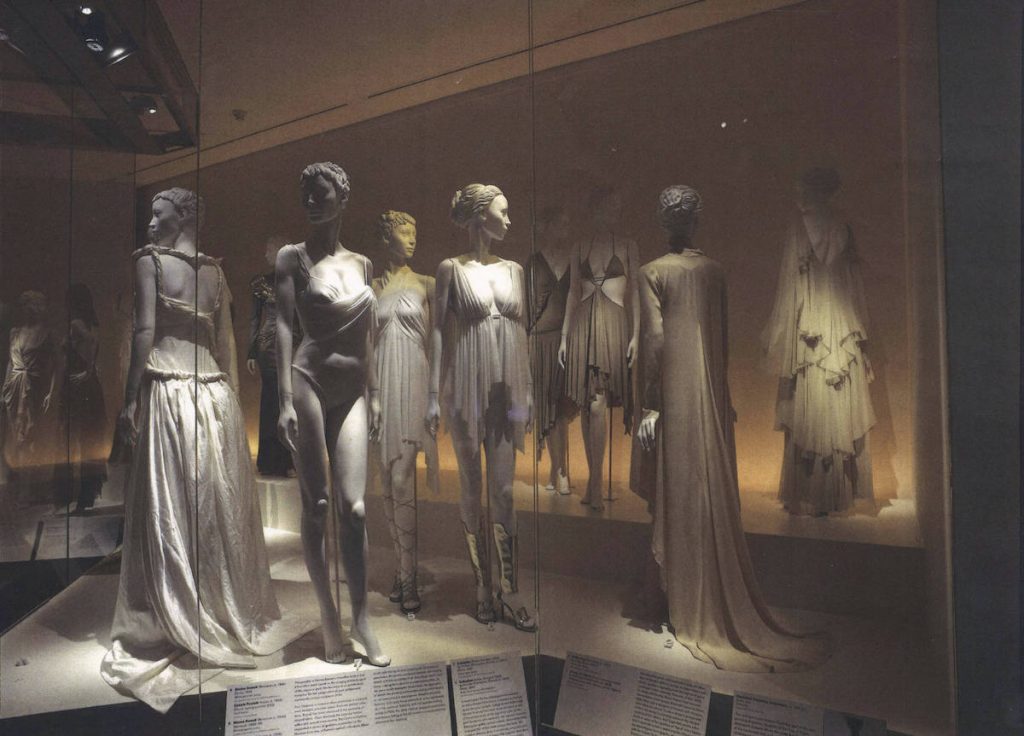 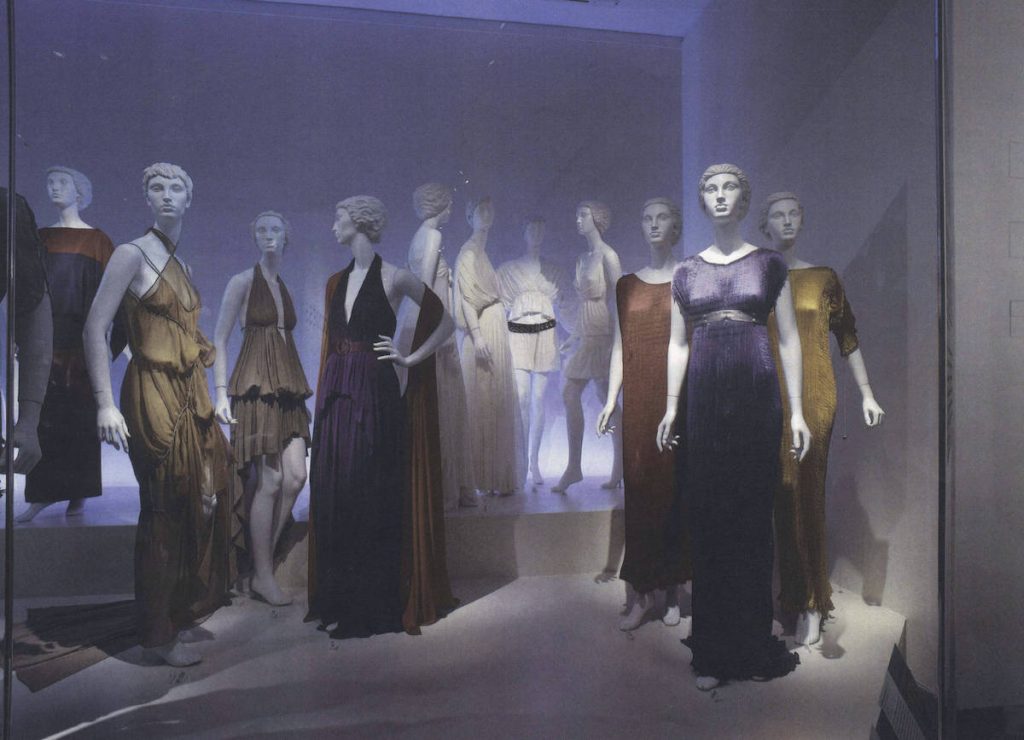 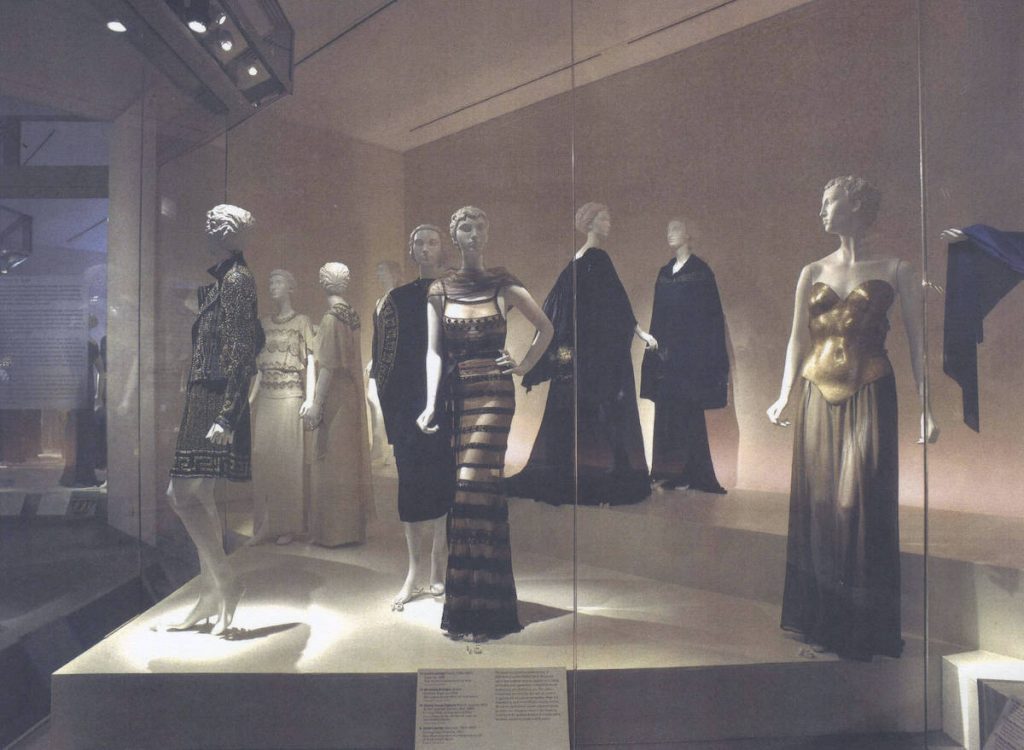 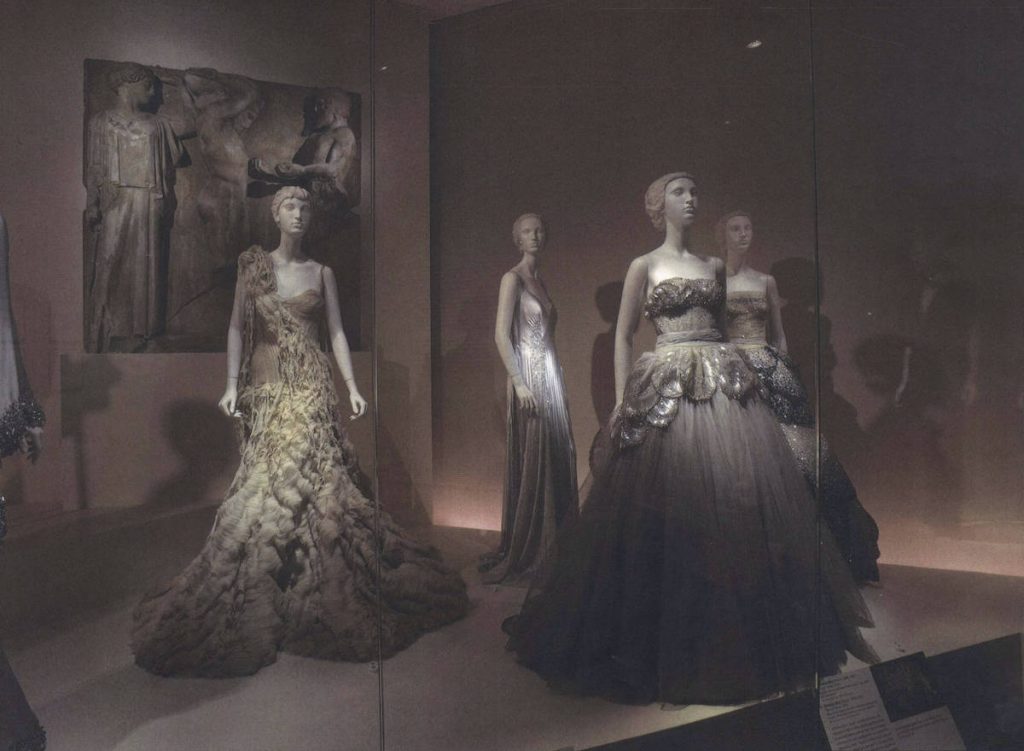 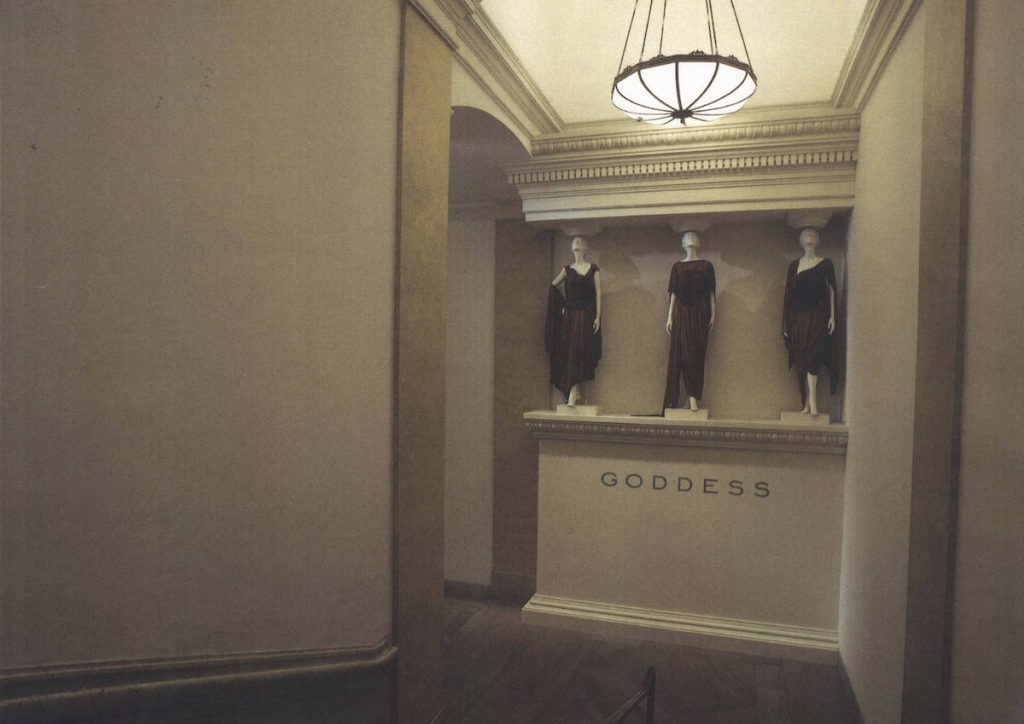 History, whether manifested as embracing revival or smug repudiation, is especially evident in fashion. Although components of Hellenic attire have appeared throughout Western fashion’s six-hundred-year history, it is only from the 1790s to the 1810s that classicized forms were embraced as the prevailing mode. For most of the period that followed, classical motifs and allusions were essentially superficial. Not until the first decade of the twentieth century, with the movement to an uncorseted body, did a classical sensibility return to fashion with any pronounced significance.

Hellenic dress, with its diversity of draped effects based on reductive, orthogonal components, established an apt paradigm for designers. While the modernists gravitated toward the elegant economy of the construction of dress provided by antique models, post-modernists preferred to cite classical iconography more explicitly. That such contradictory movements incorporated the concepts and imagery of classical dress suggests the protean nature of the style.

In the face of the fashion system’s cycle of novelty and obsolescence, the classical mode, with its evocation of an enduring and immutable ideal, is somewhat of a paradox. Ancient Hellenic attire continues to inspire designers two and-a-half millennia later, testimony to the universal aspiration to transform woman into goddess through dress.