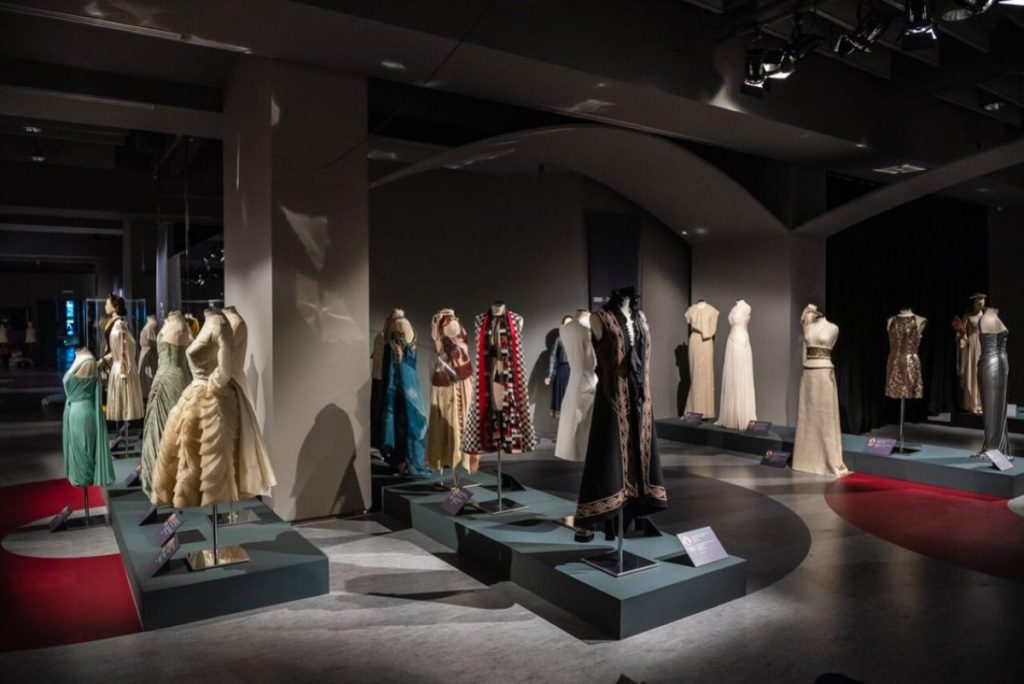 Greek fashion, which started out with tentative steps in the first decades of the 20th century and is now well established, has followed a rising path. In different ways during each decade, there was a search for a European-Greek identity in the style and aesthetics of Greek fashion, in order to  document the national identity or the continuity with the lost cultural past. Accordingly, almost incessantly from the very first years of the century, all the historical periods in the course of the Hellenism and the urban and folk culture were constant point of reference and source of inspiration in all forms of arts and crafts: from the Cycladic, Minoan, Archaic, Classical and Hellenistic Antiquity to Byzantium, the centuries of Ottoman rule and conquest by the West, until the formation of the contemporary Greek State after the War of Independence in 1821 and the following years until the early 20th century.

The exhibition aims to present these numerous different ways of inspiration and the unique results by each designer and personal style by showcasing around 140 clothes from the fashion collection of the Peloponnesian Folklore Foundation. Each designer manifests different ways of expression while inspiration comes from a common source. The influence of the past is put to form in a modern outlook and creation, whether by a famous designer or by a dressmaker following the trend of the season.