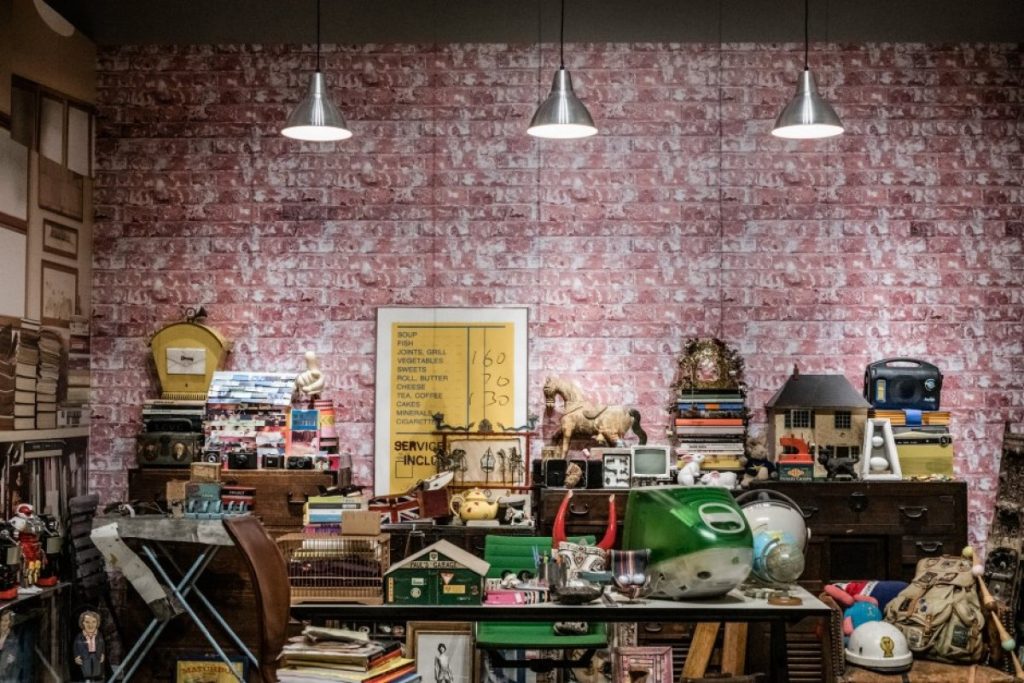 Following its world tour across Europe and East Asia, the Hello, My Name Is Paul Smith exhibition has now opened at the CR Land Art Centre Museum in Shenzhen, China.

Covering an area of 2500 square meters, the exhibition in Shenzhen will be the largest venue for Hello, My Names is Paul Smith to date, as well as being the exhibition’s last stop on its tour of China. It is also the first major exhibition from a global fashion brand to open in Shenzhen.

Taking visitors on a journey through the work and life of Britain’s foremost fashion designer, Sir Paul Smith, this unique exhibition includes 2,000 objects across 13 distinctive sections, which chart Paul’s career from humble beginnings in his first shop to a global business that sells in over 70 countries around the world.

Paul Smith’s first shop in Byard Lane, Nottingham, which measured 3m x 3m, is recreated in the exhibition. So is Paul’s design studio and his famous office, which is filled to bursting with books, bikes and souvenirs collected from his numerous trips around the world. And if that’s not enough, feel what it’s like to walk around inside Paul’s head thanks to an immersive room of HD screens.

One newly expanded section showcases Paul Smith clothing, past and present, by collecting together a series of standout designs from Paul’s archive. The opportunity to see Paul Smith clothing from across the decades in one place gives visitors the unique ability to see how Paul’s design signatures of confident colour, bold print and playful detailing have developed.

The exhibition is curated by the Design Museum: the world’s leading museum devoted to design and architecture. The Design Museum has staged over 100 exhibitions to date, attracting over five million visitors and showcasing the work of design icons such as Zaha Hadid, Jonathan Ive, Miuccia Prada, Frank Gehry and Eileen Gray. Attracting a total of 111,000 visitors in London, Hello, My Names is Paul Smith is one of the most visited exhibitions in the history of the Design Museum. It also broke attendance records on its Japan tour, welcoming over 190,000 visitors.