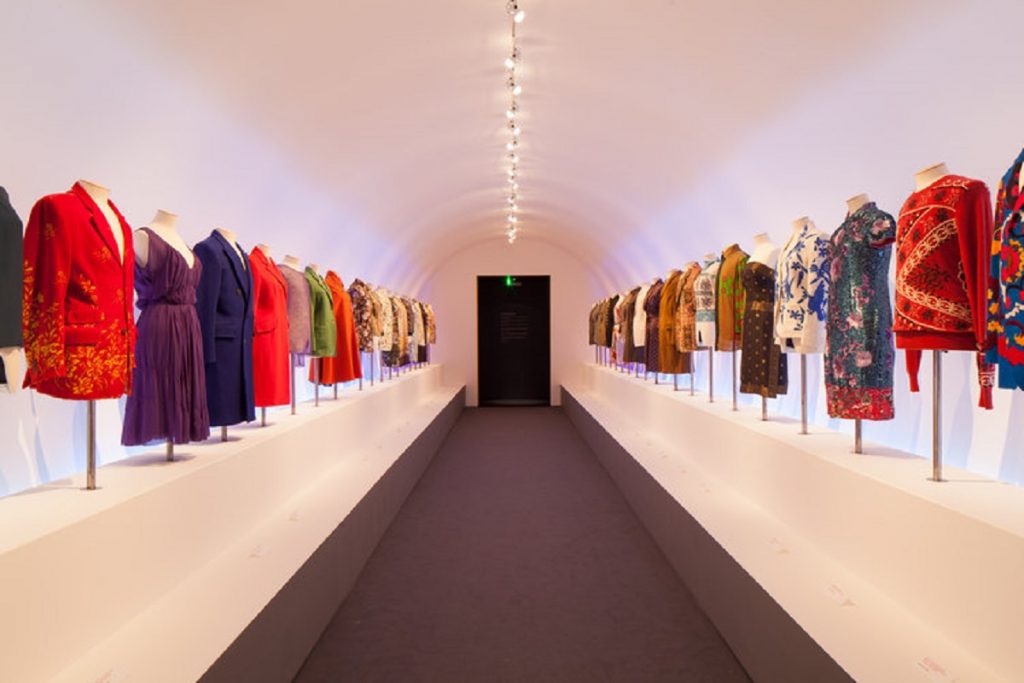 From his company’s modest beginnings in Nottingham to its international prominence today, this exhibition reveals how Paul Smith’s intuitive take on design, together with an understanding of the roles of designer and retailer, have laid the foundations for lasting success and offers a unique insight into the magnificent mind of Paul Smith.

What’s in the exhibition?

Made up of over 1500 objects which span the British designer’s vast career, the exhibition focuses on a series of key themes and objects that have defined the history of Paul Smith.

Different stages of the design and production process are explored, offering a rich insight into Paul’s design practice while highlighting how the principles of traditional craftsmanship and tailoring are given a contemporary edge.

Paul Smith’s first shop in Byard Lane, Nottingham, which measured 3m x 3m, is recreated in the exhibition alongside an immersive digital room filled with still and moving images that aim to capture Paul’s process of inspiration.

The exhibition goes on to explore Paul Smith’s unique shop designs: from a shocking pink building set on Melrose Avenue, LA to an ironclad flagship in the heart of London’s Mayfair. It details the key things, people and places that have sparked Paul’s creativity throughout his career. A focus of the exhibition is a 1:1 replica of Paul’s office – a space packed full of books, bikes, acquired objects from travels and gifts from those who visit.