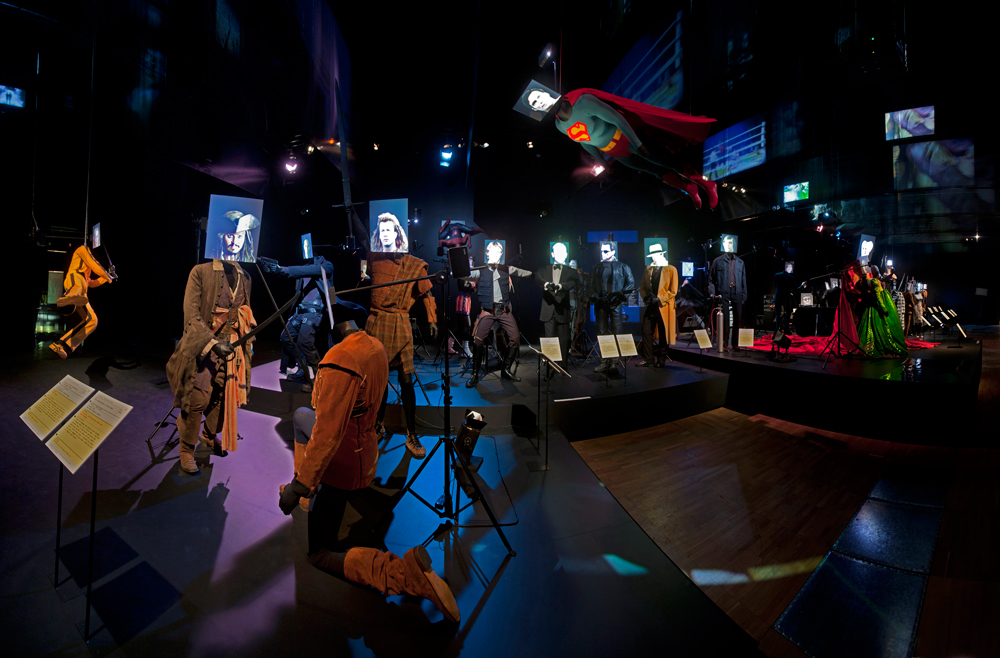 The iconic white 3-piece suit worn by John Travolta as Tony Manero on the disco dance floor in the classic 1977 film Saturday Night Fever, has been discovered in London after an international search by the Victoria and Albert Museum. It has now been confirmed to go on display as part of Hollywood Costume, the V&A’s major autumn exhibition.

Senior Guest Curator of Hollywood Costume Deborah Nadoolman Landis set her sights on including the suit for the exhibition in 2008 whilst gathering together memorable costumes from a century of film-making. She discovered that Paramount Pictures had auctioned the suit for charity in 1979 where famous US film critic Gene Siskel had purchased it. At the auction, the suit was inscribed by John Travolta on the interior lining with the words ‘To Gene, so here’s to a classic, your friend, John Travolta.’

After Siskel passed away in 1995, it was then auctioned by Christie’s, after which the trail went cold. Finally, after a high-profile media launch for Hollywood Costume at the V&A in January 2012, Assistant Curator Keith Lodwick received a phone call from the current owner revealing the white suit’s London location and offering it for the exhibition. The owner, who wishes to remain anonymous, was the long-sought buyer from the 1995 Christie’s auction. After visiting the costume to authenticate it, Lodwick was delighted to discover that it was the original suit and in excellent condition.

The white polyester two-button single-breasted suit with wide jacket lapels, matching waistcoat, and 28-inch waist white flared trousers is accompanied by the original black single-cuff shirt with pointed collar. The lining inscription to Gene Siskel is still visible. Saturday Night Fever is one of the most enduring films of the 1970s and Travolta’s legendary performance as Brooklyn youth Tony Manero is now embedded in international popular culture.

Designed by Patrizia Von Brandenstein, the white suit became an emblem for the film and for the disco decade. The film’s director John Badham asked Von Brandenstein to shop locally in Brooklyn for the “perfect” suit for Tony Manero. She remembers throngs of girls screaming outside the shop for Travolta, then the star of a hit US television series, Welcome Back Kotter. As Curator Deborah Nadoolman Landis notes, “Badham, Travolta and Van Brandenstein did not know at the time of filming that this suit would come to define an era.”

Now remembered as one of the most classic costumes in cinema history, Badham and Travolta originally assumed that the suit would be black for the final dance scene, only to be convinced by Von Brandenstein to use white. She had two reasons for insisting on the colour; she felt strongly that white represented Tony Manero’s personal journey from ignorance to enlightenment and it ensured that the suit would reflect the dazzling lighting effects in the dark discotheque.

Patrizia Von Brandenstein commented: “When choosing what goes in to such a major dance costume, I paid attention to the usual factors of cut, “danceability” and maintenance and I thought about the character of Tony Manero. I reasoned that Tony’s position in his traditional Italian-American family (overshadowed by his brother the seminarian, and under valued for his compassion and dancing abilities) is in extreme contrast to his dominant position in the neighbourhood. By virtue of his style, panache, and above all his lithe grace on the dance floor, he is a hero to his local gang, and by extension, to all of us. Heroes from Sir Lancelot to Tom Mix wore white in the great contests to express purity and single-minded devotion to the task at hand. So for me, white was the only choice for the suit. I am grateful that our hero, John Travolta, and our producers also came to see it in this way. I am so thrilled that the suit is included in Hollywood Costume, and hope the public enjoy seeing it on display at the V&A.”

The suit can be seen this autumn alongside more than 100 of the most iconic costumes designed for unforgettable cinema characters over a century of film-making.

Hollywood Costume, sponsored by Harry Winston, opens at the V&A on 20 October 2012.