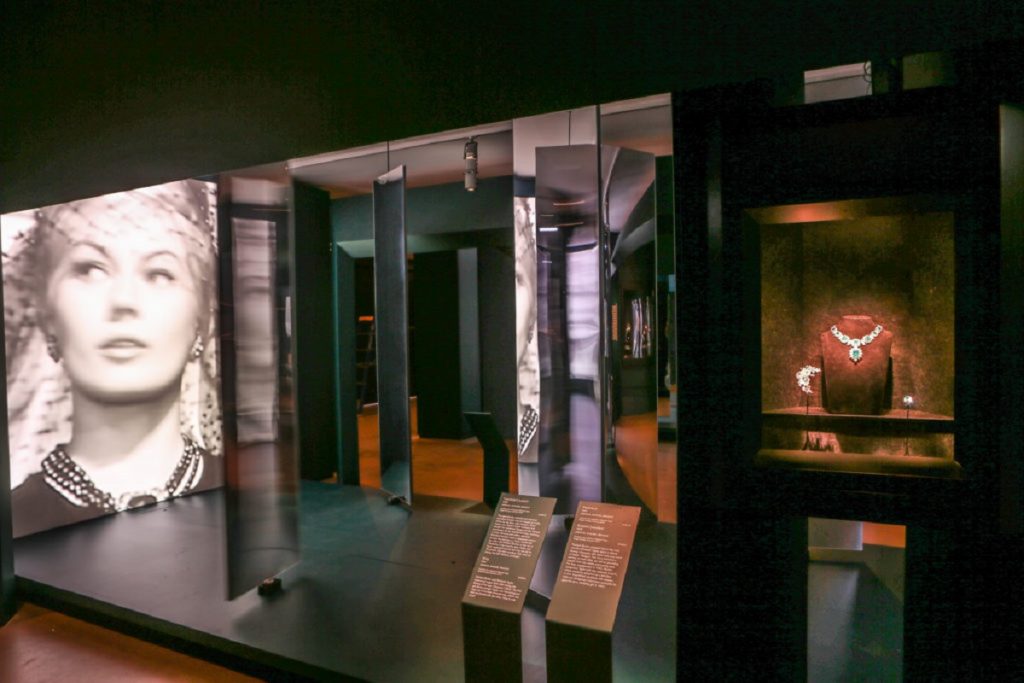 A spectacular display of jewels from the Bulgari Heritage Collection, including emerald and diamond jewellery from the personal collection of Elizabeth Taylor and a ruby and diamond necklace worn by Sophia Loren, will be showcased in Italian Jewels: Bulgari Style.

Drawn from Bulgari’s remarkable archives, the pieces highlight the Italian design house’s longstanding relationships with stars of Hollywood and Italian cinema, with a focus on the Dolce Vita period of the 50s and 60s when Rome was a popular location for Hollywood films.

Opening at NGV International on 30 September 2016 the exhibition will feature more than 80 stunning pieces of jewellery alongside film and photography.

“Italian Jewels: Bulgari Style illustrates the bold design aesthetic of Bulgari through a selection of exquisite gems worn by iconic stars such as Elizabeth Taylor and Ingrid Bergman. The exhibition thematically explores design motifs for which the firm is best known – the serpent, ancient coins and striking color combinations, among others.

“Spanning from the 1930s until today, the works illustrate a strong design heritage and aesthetic evolution, deeply entrenched in Italian history and artisanal traditions. Italian Jewels: Bulgari Style showcases the glamour of a Golden Age of cinema and design, and represents Bulgari’s constant experimentation and inimitable aesthetic codes.“

Highlights include jewels presented to Taylor by her paramour and fifth husband Richard Burton, including an emerald ring he gifted when their love affair first began in Rome on the set of Cleopatra (1963). Bulgari creations favoured by leading women such as Grace Kelly, Anita Ekberg and Gina Lollobrigida will also be showcased, as well as stunning jewels worn on the red carpet by Hollywood stars including Keira Knightley.

Other highlights include delicate tremblant brooches, so called because of small springs in the jewellery designs which create a quivering effect, such as a floral hair piece worn by Swedish actress Ingrid Bergman when she starred in The Visit (1964). Sautoirs from the 1970s and pieces featuring cabochon cut gems in chromatic combinations will also convey Bulgari’s unique style.

The story of Bulgari stretches back more than a century, when Greek silversmith Sotirio Bulgari came to Rome to seek his fortune, opening his first shop in 1884. From humble beginnings, Bulgari rose to become an emblem of Italian excellence and creativity, favoured by royalty, actresses and high society alike. Drawing inspiration from its Greek and Roman heritage, Bulgari has forged a distinct style that combines tradition and innovation.

Organised by the National Gallery of Victoria in collaboration with Bulgari Heritage.