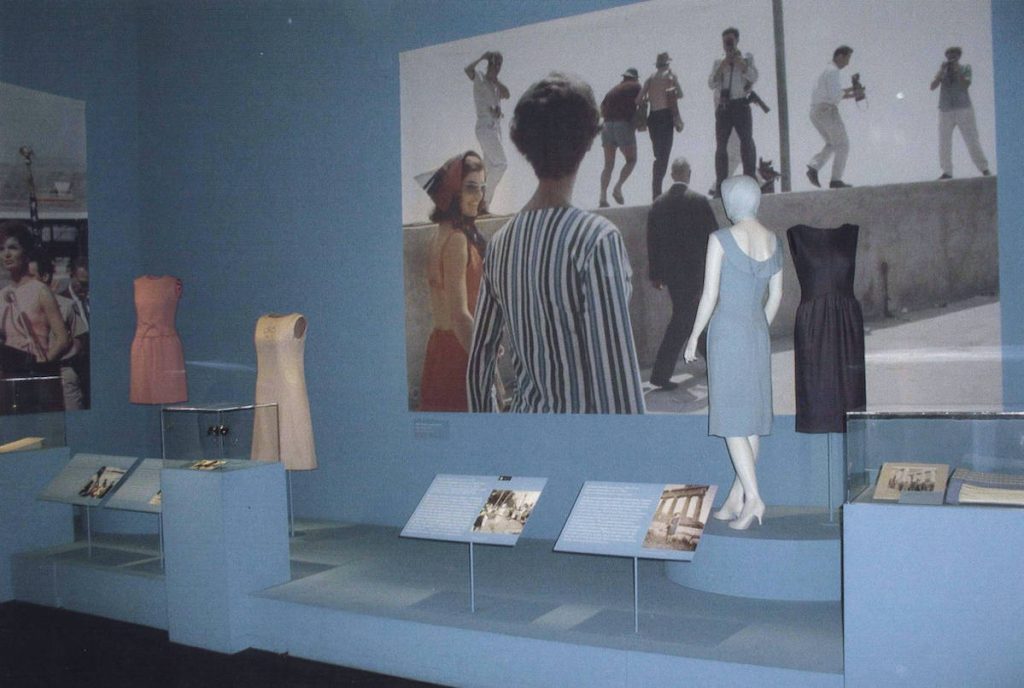 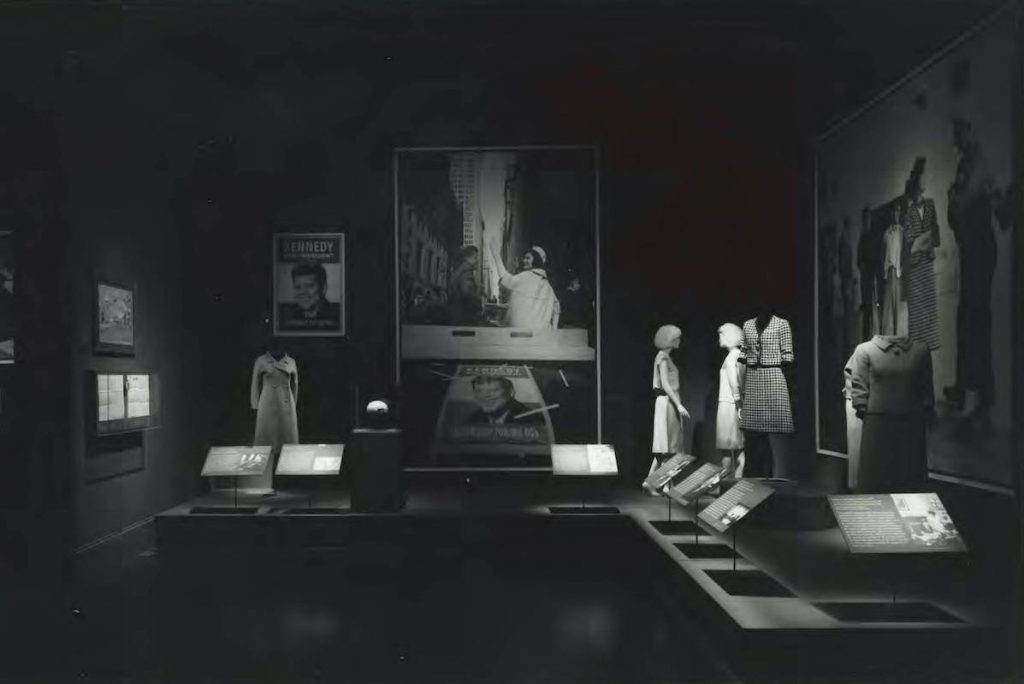 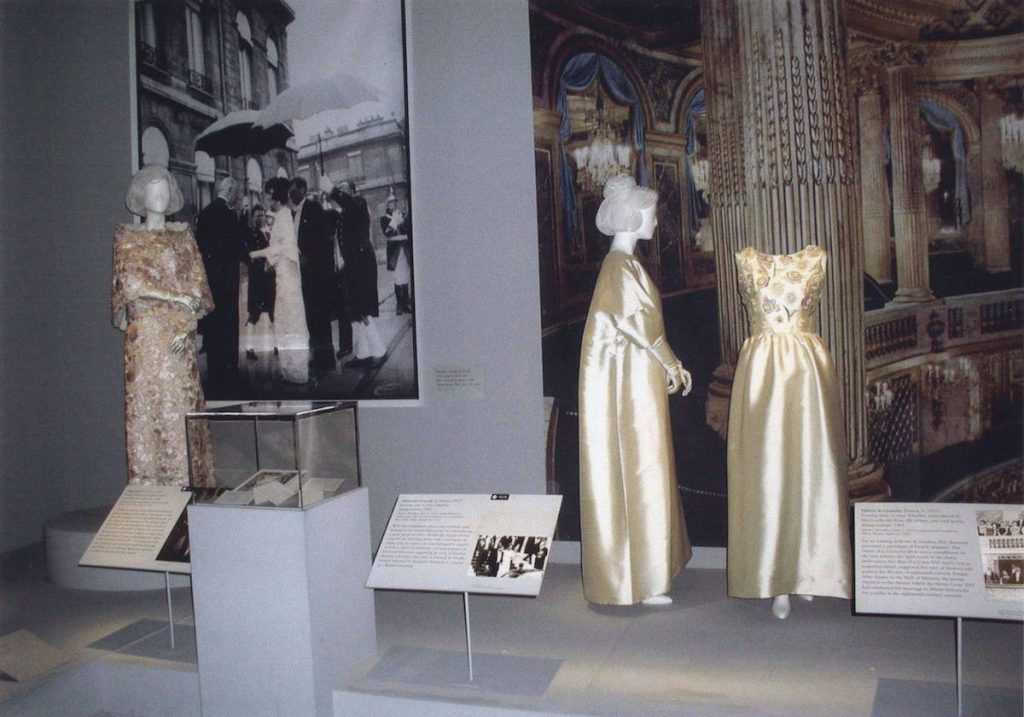 This exhibition celebrates Jacqueline Kennedy with an unprecedented special presentation of her iconic fashions. Some eighty original costumes and accessories from the collection of the John F. Kennedy Library and Museum in Boston are on view, featuring clothing worn by Jacqueline Kennedy on the campaign trail, during the inaugural festivities, at the White House itself, and on state visits around the world. Highlights include the fawn coat and celebrated pillbox hat worn for the inaugural ceremonies on the steps of the Capitol; the regal ivory satin gown worn to the pre-Inaugural Gala; the red dress worn for the televised tour of the White House; and a large group of formal evening clothes worn at the White House for state dinners, political entertaining, and cultural events. Documents and objects associated with Mrs. Kennedy’s work on White House restoration, historic preservation, and the arts are exhibited along with the clothes she wore at corresponding events.

Image courtesy of The Metropolitan Museum of Art, New York