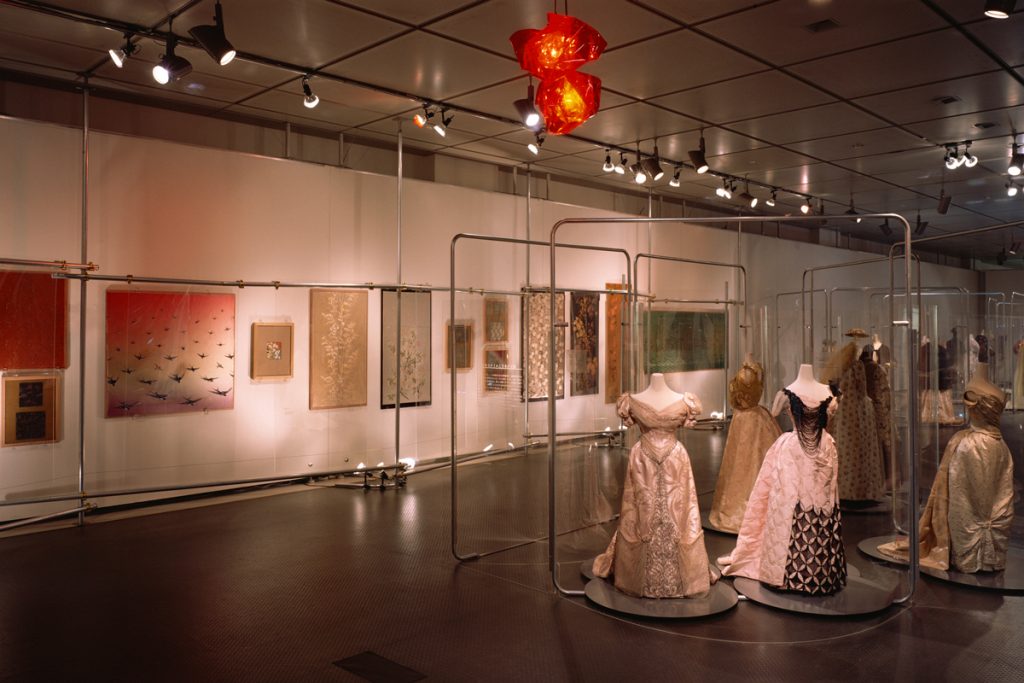 Japanese art caused a great stir in Europe during the latter half of the 19th century, inciting the emergence of Japonism. International Expositions held throughout Europe and America introduced the kimono, which quickly won the admiration of artists and women. By the 1890s, Japanese motifs were often seen in textiles being produced in Lyon. At the turn of the century, when fashion broke away from its restrictive past, the freedom of movement and simple form of the kimono had a profound impact on the work of designers such as Paul Poiret, as well as other leaders of Paris fashion. Madeleine Vionnet then incorporated the flatness of kimono into western fashion in the 1920s. KCI’s research reveals the degree to which Japonism affected the core of western fashion. Later, from the 1970s on, the innovative creations of Japanese designers have garnered worldwide recognition and acclaim. This comprehensive exhibition has traveled to Paris, Los Angeles and New York, being the first of its kind to examine and demonstrate the historical influence of Japonism in fashion.