Kitty and the Bulldog: Lolita fashion and the influence of Britain 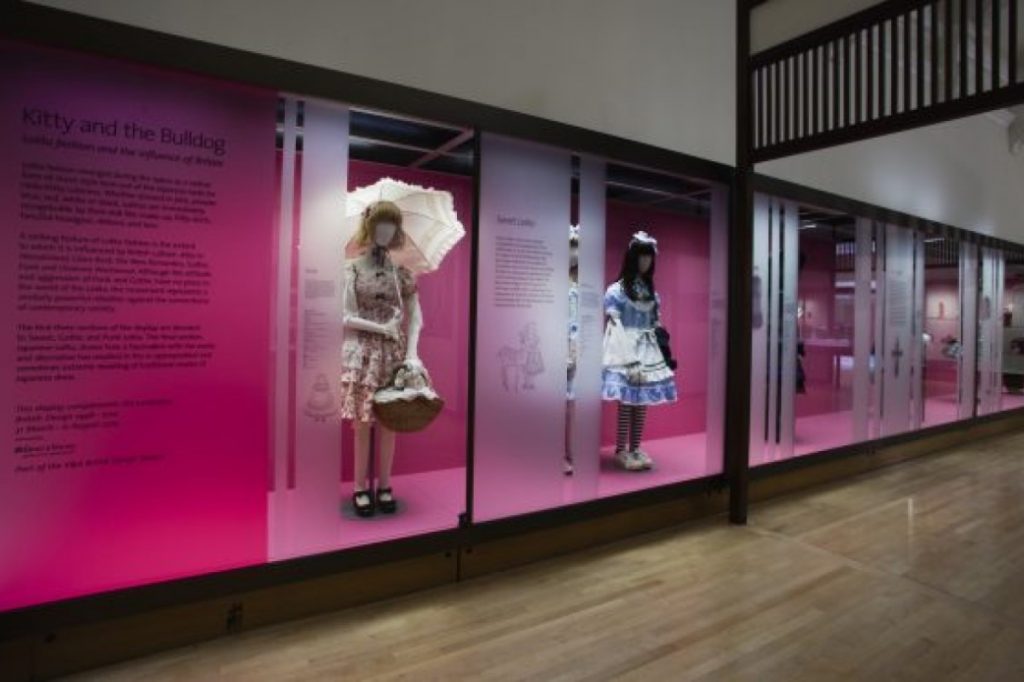 Lolita fashion emerged during the 1990s as a radical form of street style born out of the Japanese taste for Hello Kitty cuteness. Whether dressed in pink, powder blue, red, white or black, Lolitas are immediately recognisable by their doll-like make-up, frilly skirts, fanciful headgear, ribbons and lace. A striking feature of Lolita fashion is the extent to which it is influenced by British culture: Alice in Wonderland, Glam Rock, the New Romantics, Gothic, Punk and Vivienne Westwood. Although the attitude and aggression of Punk and Gothic have no place in the world of the Lolita, the movement represents a similarly powerful rebellion against the conventions of contemporary society. The first three sections of the display are devoted to Sweet, Gothic and Punk Lolita. The final section, Japanese Lolita, shows how a fascination with the exotic and alternative has resulted in the reappropriation and sometimes extreme recasting of traditional modes of Japanese dress.