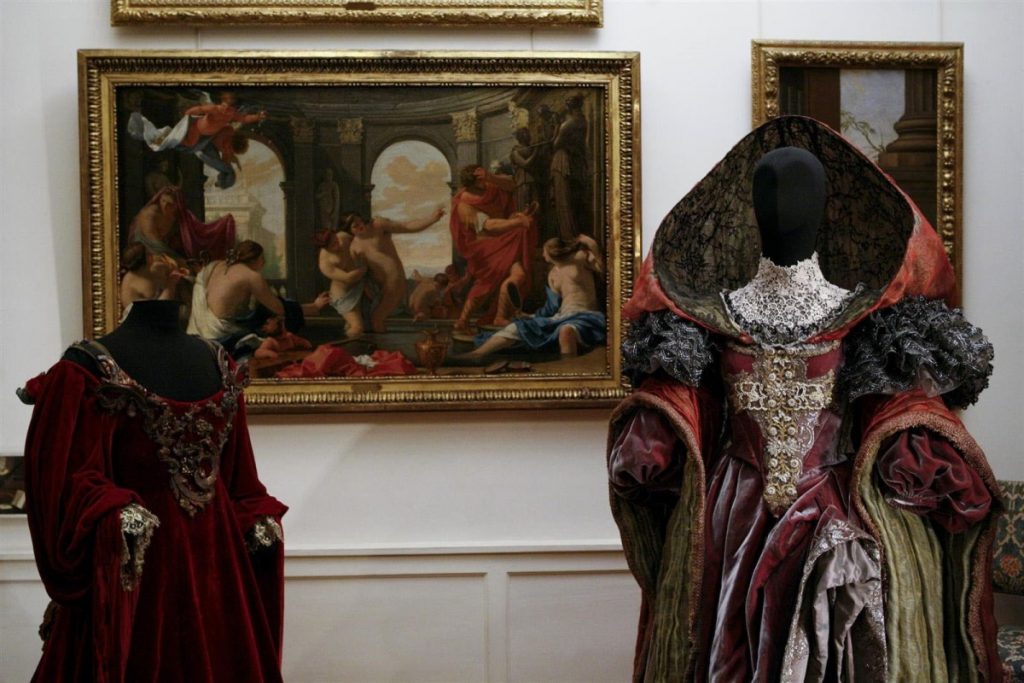 Element lighthouse arts and second skin of the actor, costume gives meaning and body to the theater until the appearance of minimalism. From a scenographic point of view, it does not dissociate itself from the decoration and this also applies, from the Renaissance to the 19th century, in the field of painting. History painters applied themselves to setting their decor and adorning their characters according to a principle of “convenience” which was to do justice to the text on which they were inspired, as evidenced for example by the orientalist draperies of the Meal at Simon the Pharisee of ‘after Jean-Baptiste Jouvenet.

The pieces on display come from the Center national du costume de scène (CNCS) and the Comédie-Française. V éritables contemporary haute couture creations, some costumes are presented signed Christian Lacroix such lavish gowns characters Phaedra and Panope (Jean Racine, part Phaedrus ); they are related to the richness of the clothes of the elegant ladies and gracious horsemen painted by Claude Vignon in the 17th century.

The workshops of the Opéra national de Paris and the Comédie-Française are masters in the realization of these creations, hence the intervention of the plumassier, the dyer, the embroiderer, the carcassier … heirs of the know-how of past centuries adapted to the requirements of each era. From the 1950s, materials derived from petroleum were used. The dress of Isabelle Princess of Sicily (Giacomo Meyerbeer, opera by Robert the Devil ), made from silver-gray lamé fabric from the house of Paco Rabanne, is thus entirely embellished with plastic holly leaves that create an effect of shine close to the shine of the jewel.

In painting as on the stage, “classic” convenience can be substituted for “baroque” exuberance. Thus, the exhibition ends with a spectacular dress worn by Montserrat Caballé for the character of Turandot (in Giacomo Puccini’s opera), performed on patterns inspired by Rorschach’s spots. The shoulders covered with a cape of white organza thirteen meters long, wearing a crown of gold lace trimmed with blown pearls and the hands dressed with nails in gilded metal, the cruel character of the princess appeared, in 1981, in all its imperial splendor.