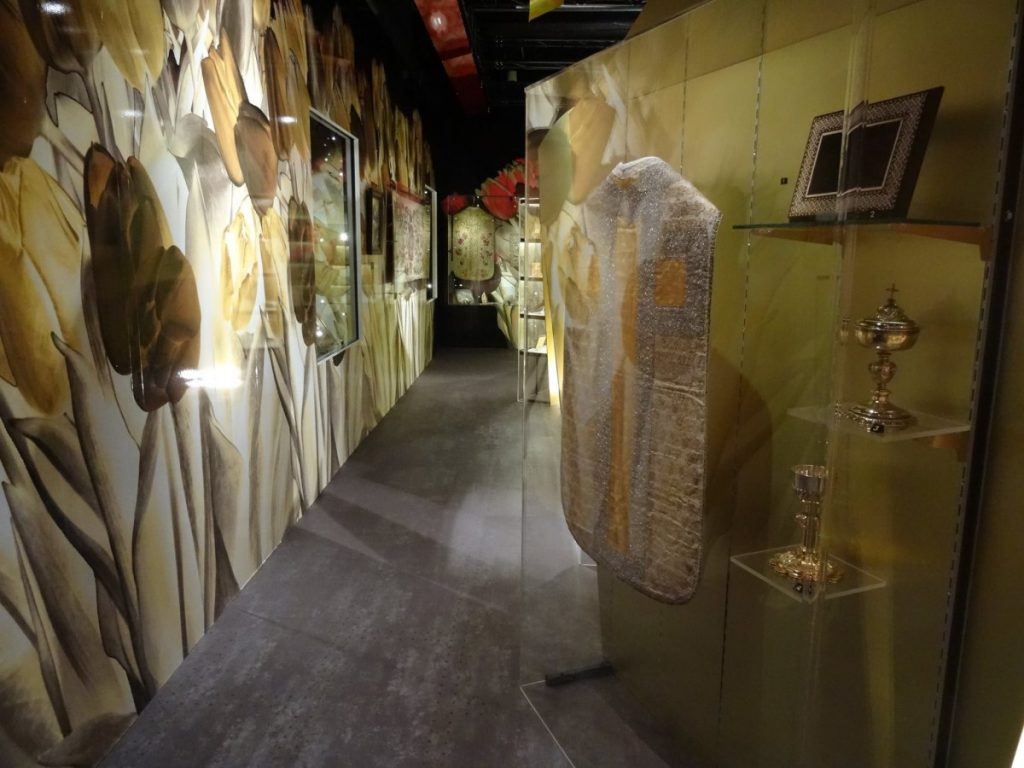 The founders of the Order: Jeanne-Françoise de Chantal and François de Sales, are in the spotlight

The objects that belonged to them, exhibited for the first time, are rare and precious testimonies of their life at the beginning of the 17th century. Manuscripts and books recall François de Sales’s talents as a writer. Cloakroom and goldsmith’s work allow us to discover the ecclesiastical pomp at the time of the Counter-Reformation. The visitor will also discover the counting carried out by the baroness of Chantal, grandmother of Mme de Sévigné, who becomes a nun, embroidering works full of emotion, living in poverty while traveling through France to found new monasteries of the Visitation.

The Museum organizes each year from May to December a large temporary exhibition in one of the most beautiful buildings in the city: the Hotel Demoret, built in the 14th century. Staggering staging, renewed each year, allow as many people as possible to discover the museum’s rich collections from a particular thematic angle.

In 2016, the Museum of the Visitation honors the founders of the order: Jeanne-Françoise de Chantal and François de Sales, who marked their time. The objects that belonged to them, exhibited for the first time, are rare and precious testimonies of their life at the beginning of the 17th century.

Far from the images of Épinal and the Sulpician iconography, the Musée de la Visitation offers the public the opportunity to discover the real life of these two great historical figures under the reigns of Kings Henri IV and Louis XIII.

The de Sales family and the Visitandines, very attached to the founders of their order, preserved many memories of their earthly life: clothing, civil and liturgical utensils, original portraits. These objects of everyday life at the beginning of the 17th century are rare testimonies today because very few everyday objects from this period are still preserved in public and private collections.

François de Sales and Jeanne-Françoise de Chantal are at the origin of a spiritual current which is still very much alive today, and especially of a monastic order that they physically accompany by traveling through France and Savoy on horseback, by boat. and in a coach.
After their death, each house of the order was keen to preserve the memory of their founder and to celebrate them worthily when the Church declared them blessed, then saints.

The exhibition thus unveils to the public a very rich set of artistic creations produced patiently by the visitandines for the altars and liturgical ceremonies. Gold and silk embroidery, rolled paper work, paintings on canvas, on marble or on copper, are produced in large numbers.